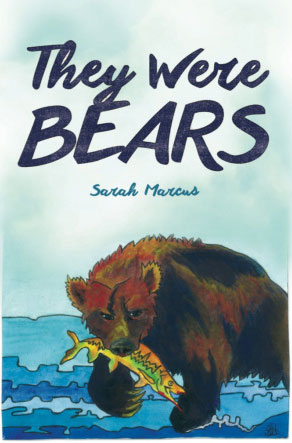 THEY WERE BEARS
by Sarah Marcus
Sundress Publications, 2018

The poems in Sarah Marcus’ book, They Were Bears follow a young woman, the speaker of most of the poems, who pursues discovery and sensation in the remote corners of the American wilderness. The narrative shapes this wilderness into a wide-open expanse characterized by uncertainty, wonder, and menace. The backdrop also shifts from unpeopled natural settings to the speaker’s agricultural childhood home and to the industrial sprawl of Cleveland.

The book’s three untitled segments each alternate between lyric poems and prose poems, and all use bears and other animals as central to their imagery and symbolism. Poems in the book discuss a variety of themes, including family, sexuality, and womanhood. The primary focus of the work as a whole, however, seem to be overcoming trauma and embracing nature. Together, the poems tell the story of a woman defined by her passion and resilience in the face of a harrowing past.

The speaker of the poems (who also appears to be the main character in those written in third person) is in part a fictionalized version of Marcus. According to an interview the author did with Sundress Publications, she is “the best and worst parts of myself and every woman I know.” In this way, the speaker is a sort of archetype for womanhood in general, but that in no way suggests she is a stereotype; this is a woman who thrives while exploring the wilderness, seeks out danger, faces pervasive internal strife independently and on her own terms, and has multiple—often physically rough—sexual encounters with different partners throughout the book, at least one of whom is female. Though she is shown on different occasions to be in (often toxic) relationships or engagements with men, none of them ever own or define her. Moreover, although she has clearly faced and been impacted by trauma and abuse over the course of her life—namely, her apparent childhood rape, and an implied underage eviction by her parents—she is not broken by them. In fact, she goes so far as to say that “we all need trauma,” suggesting that she owns her trauma and not the other way around. This is an individual able to learn and grow from her painful experiences. 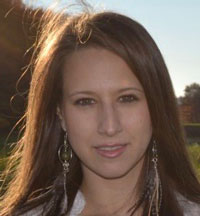 The book does explore some unhealthy mechanisms for coping with traumatic events in the past. In the speaker’s case, these usually involve her risking, seeking, or even causing, violence to herself. She proves indifferent to violence in her relationship with a newly released inmate in the poem “Day of Release,” who recounts having attacked other inmates during his time served, ostensibly out of some necessity. By the end of the poem, the speaker has chosen not to ask whether anyone he attacked died as a result. Thus, she impassively accepts a man back into her life who has, by his own admission, brutally assaulted other people for offenses such as petty theft. She is shown seeking out violence at the end of the poem, “Suffer not yet our eyes to hunger for your face,” when she states, “I leave a trail of blood, / because I’d like to see a bear / and I’d like to be followed,” casually inviting a potentially deadly encounter with a wild animal on a whim, directly following an already physically painful sexual encounter.

The most direct example of the speaker accepting harm is in her taking a broken light bulb to her own legs as an adolescent in the poems “‘We Can Believe What We Choose’” and “When a Child Loves You,” the latter of which also unsettlingly incorporates passages from the children’s book The Velveteen Rabbit, sharply juxtaposing ideals of childhood innocence against emotional disturbance, thereby painting an uncomfortable, nuanced, unquieting picture of a young life altered by sexual abuse.

The speaker’s self-care techniques aren’t all unhealthy, however. There are many poems that center on the exploration of wild places, which comes across as therapeutic and reflective for the speaker, which the poet describes in her interview as an “obsession to reclaim the wild or become wild again.” To this end, she visits diverse, untamed American locales in her travels, ranging from Appalachia to the deserts of the West to the Everglades to the Alaskan tundra. In each of these places, whether alone or accompanied, she is able to address her pain, to reveal truths about life, to gain power over her past and to begin to move beyond it. The speaker explains that “each place represents a departure and a meditation on indifference and our desire to create meaning.” By contrast, it appears that when confined to an urban environment, the speaker grows depressed. For example, in the poem “No Children,” the speaker says,

Cleveland is one big hospital,
a series of parking lots and dark roads,
decaying. Being here breaks my heart.
I imagine things in black and white
because it’s sadder.

It’s as though, despite her obvious sympathy for the city, being there disconnects her from the fundamental part of herself that needs wildness, inside and out.

As mentioned above, the poems make extensive use of animal imagery, including fish, birds, deer, and, most importantly, bears. Deer seem to be a symbol of death in this book, as every time deer or elk appear, some if not all are dead. This trope repeats throughout multiple poems and could serve as a meditation on victimization—on what happens when one isn’t strong enough to escape that which pursues.

Bears, however, are at the heart of the book, appearing in one form or another throughout a dozen or so of the poems. They seem to be more complex in their meaning than the deer. The speaker tends to view them not only with a sense of danger but also with fascination and even reverence. Referring back to the above-mentioned interview with the poet, she makes this comparison: “I think bears, like women… are judged and mislabeled as too wild and too aggressive. They possess, like women, an incredible strength… men fear them and their magic,” and goes on to explain that because they are fearsome and threatening they are, ironically, at greater risk. It would seem, then, that the speaker’s awe for these creatures is not only due to their great physical power but also due to her feeling a certain rapport and even kinship with these beasts.

They Were Bears is in no way an easy read, challenging the reader to bear vicariously many of the burdens faced by the speaker, deftly conveying a gripping sense of turmoil alongside stoicism and the will to persist through it all. Sarah Marcus accomplishes this without any expression of regret or outward accusation, instead presenting a character who grows into her struggles, finds the wherewithal to face them by herself, and continue onward, scars and all. 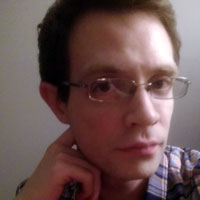 Nathan Ferguson is a student at Truman College in Chicago, where he studies biology and poetry. He is an editor for Truman’s literary magazine City Brink.