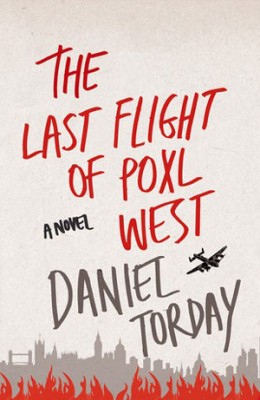 In Daniel Torday’s debut novel The Last Flight of Poxl West, two first-person tales wrap around each other. This intertwining is in itself fascinating, especially given that one of the strands is an account of a man who repeatedly pulls away from those he feels closest to, seemingly unable to sustain intimate connections.

Torday begins the novel in the voice of Eli Goldstein, a Boston-area teenager who bears witness to the literary rise and fall of his adopted uncle, Poxl West. Eli finds his Uncle Poxl’s success as a writer absolutely thrilling. These two have a special relationship—they greatly enjoy each other’s company, going together to cultural events such as operas and symphonies—and, best of all, afterwards going out to Cabot’s for ice-cream, conversation, and the sharing of early drafts of Uncle Poxl’s writing in progress.

Eli is Poxl’s first and probably most adoring audience for his book, Skylock: The Memoir of a Jewish RAF Bomber. Eli takes a lot of pleasure in following the book’s reception. After the memoir is reviewed in The New York Times, Eli imagines Poxl’s response to the review: “There are some criticisms in there, Eli, sure. Even The Great Gatsby isn’t a perfect book. But my book! Reviewed in The New York Times Book Review. The New York Times!” Post publication, the kid is in for quite a disappointment over Poxl’s failures. Where is Poxl? Why must Eli craft an imagined conversation rather than have an actual, real life conversation with his Uncle Poxl about this book review? Why doesn’t Uncle Poxl send Eli and his parents the promised signed copies of his memoir? To what extent has he misrepresented himself in his memoir? And, most importantly, why does Poxl mysteriously vanish from Eli’s life?

The second voice of the novel is Poxl’s. Along with the story of Eli and his relationship with Poxl West, Torday also presents the full manuscript of Poxl’s memoir. On the surface, the memoir tells a heroic story of a Jewish boy who fights Nazis by enlisting in Britain’s Royal Air Force. Go a little deeper though, and we find the story of a Jewish man who understands his survival—however much a matter of chance—as related to his tendency to run away from anyone important to him whenever the relationship becomes emotionally painful or complicated. It’s as though Poxl attributes his survival to his decisions to flee.

Poxl’s literary acclaim is likened to that of Elie Wiesel and Primo Levi. Eli prefers Poxl’s stories. At a Boston literary reading and signing, a graduate student aggressively questions why Poxl has written his book: “I’d just say there’s a certain saturation point with a certain kind of story…. I just wonder what you can say that Primo Levi or Jerzy Kosinski or Elie Wiesel hasn’t already.” For Eli, Poxl’s life and writing position him beyond these other literary witnesses to the Holocaust. These other writers, as Eli sees it, hold little challenge to Poxl’s importance:

We’d been assigned Survival in Auschwitz, The Painted Bird, and Night at Hebrew school. I’d read Kosinski closest, and my uncle was no painted bird. He was a Jew who had killed Germans, who had sought the fight when others fled. He was the master of his own narrative.

Eli adds, “Poxl West was the only hero I needed.” 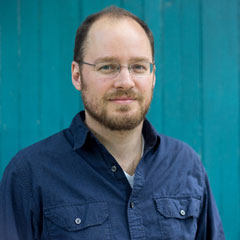 But what kind of hero is Poxl? Like Kosinski, Poxl will be exposed for fabricating some of what he presents as his personal experience. And although Eli views Poxl as a fighter rather than a fleer, repeatedly in the memoir we learn of instances of Poxl running away.

Poxl inscribes Eli’s importance in his life into the acknowledgments page of his memoir: “And thanks to Elijah Goldstein, my first reader and constant listener. I’ve told these stories to you, and for you.” I was reminded, reading The Last Flight of Poxl West, of Art Spiegelman’s Maus. Eli’s relationship to Poxl resembles Art’s with his father. These are stories that layer the act of witnessing: Eli and Art bear witness to witnesses.

In Maus II, Art talks to his therapist about how difficult his father was to be around. Art is struggling with his recent success as a graphic novelist. His career is flourishing but he’s depressed and suffering from a creative block. Art and the therapist have a remarkable conversation. They talk about how Art’s father, a Holocaust survivor, was always hyper-critical of him. Art could never do anything to meet his father’s high standards. Is Art feeling guilty now because in his success he is proving his father wrong? Has Art attributed his parents’ survival to his father’s ability to be more successful and capable than others?

Clearly a lot is at stake psychologically for Art in becoming a successful graphic artist. The therapist points out that “it wasn’t the BEST people who survived, nor did the best ones die. It was RANDOM!” What’s more, the therapist points out that “the victims who died can never tell THEIR side of the story, so maybe it’s better not to have any more stories.” Art and the therapist talk a little more. We learn that Art usually feels better after these weekly sessions. He heads home, more able to return to his creative work.

I’m interested by the similarity here between Spiegelman’s Art and Torday’s Eli. Both these next generation witnesses experience challenging behavior of survivors close to them. In Torday’s novel, the tendency to flee—borne out of the association of flight with survival—has a great cost; the tendency doesn’t fully stop with the end of the war. Perhaps it is difficult for a survivor to believe that his actions alone didn’t cause his survival. Poxl keeps fleeing. Yet flight is in constant tension with what an important character in the memoir-within-the-novel calls a “muscle memory.”

Poxl West, as we learn, has not been a stranger to intimacy, love, connection. Torday brings the two strands of his novel together marvelously. Despite all odds, this survivor, with his tendency toward flight, loss, and cutting himself off from nurturing human connection also is pulled toward memory. For Poxl West and Eli, there remain traces of Poxl’s past attachments. Much was lost for Poxl in his experience of the Holocaust. In Torday’s telling, there’s a hopefulness that the knowledge of what was lost—including a capacity for love—and not simply the act of losing and disconnecting, gets passed down through the generations.