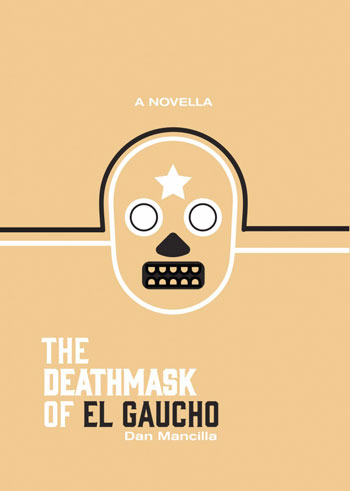 It starts with “Frank Sinatra Has a Cold,” Gay Talese’s celebrated profile of Frank Sinatra, the gold standard of New Journalism’s incorporation of literary technique in the context of reporting. In “El Gaucho Has the Flu,” winner of the Little Presque Isle Books Novella Contest, Dan Mancilla inverts the creative flow, applying the voice and frame of fictional journalist Guy Levesque to a work of fiction about a wrestler, El Gaucho. Where Sinatra is evasive and less than forthcoming with Talese, El Gaucho is somewhat more accommodating with Levesque, but unwilling to remove his luchador’s mask and reveal his true face. Frantic to cover up when Levesque catches up with him in a weight room, “mid-repetition, El Gaucho drops the dumb-bells—210s—to the floor…Before the crash of the weights dies out, El Gaucho has pulled The Mask down.”

The Deathmask of El Gaucho functions cohesively for not only El Gaucho’s recurring appearances across the eight stories that shape the novella, but for the overriding themes introduced in this key story. Identity and the temporary nature of all things are at the heart of Mancilla’s work, and his fast-moving prose, suffused with wrestling lingo, such as suplexes and figure-four leg locks, bring the concepts to life in compulsively literary and subversive ways. El Gaucho is consumed with and by the identity he projects to the world. Mancilla uses Levesque and The Mask as a push-pull in the search for the wrestler’s true identity.

Mancilla is a gifted prose stylist, but also a wrestling expert. For example, in the most experimental piece of the book, “Ten Bells,” Mancilla provides a litany of wrestlers’ names and how they died. Despite the characters being fictitious, many of their monikers mirror real-life pro wrestlers. The repeated surname Von Rich is a nod to the Von Erich family and its own series of premature deaths. There’s also Ultimate Dingo, which can’t not bear a relationship to James Hellwig who worked under the Dingo Warrior moniker, only to arrive his greatest fame as The Ultimate Warrior. Mancilla provides plenty more name derivations and links between fictional and true causes of death; it pulls from a word bank of iconic wrestling names and it leans into the myriad causes of death—real or easy enough to imagine—from wrestling history. 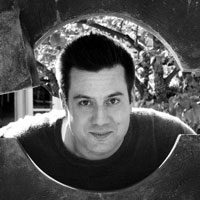 Mancilla explores identity and the loss thereof, certainly with the aforementioned mask beneath which El Gaucho hides. But Mancilla also concerns himself with the rationale for needing to hide. The story “Gimmicks” probes how a man becomes a character when young Earl Atlas—the eventual El Gaucho—is told “Son, you’ve got one ass kicker of a wrestling name, but you got the charisma of a donkey turd.” This leads a series of trial gimmicks—Elvis impersonator, European snob, God of Thunder—before he watches a Zorro movie and is inspired to become a faceless hero. The title story, “The Deathmask of El Gaucho,” explores the flip side of the coin—Atlas removing his mask at the end of the match and progressing into a career if ignominy.  Then there is “Working Stiff,” in which Atlas, in the twilight of his career, gets challenged to help the next generation by putting them over in the new, ultraviolent wrestling style, full of barbed wire and burning tables. He faces the choice of changing with the times or holding out in obscurity.

The strongest story of all is “Emperor Jones,” which features Earl Atlas, but long after he’s unmasked, and from the perspective of Dave Ferrari who, in a masterful turn, Atlas has supplanted in a starring role. A promoter invites Ferrari to return to the ring to wrestle a bear—Emperor Jones—with whom Ferrari had engaged in dozens of unscripted matches in their respective physical primes (of which the bear won every outing). At this point, the bear, too, is worn down.  Ferrari envisions himself the bear’s best respected opponent, only to learn upon his arrival that he has been recast not as the bear’s last opponent, but rather his ringside manager opposite Atlas, the man who—unbeknownst to Ferrari—came to the territory after Ferrari and actually defeated the bear years ago.

The match to follow is captured in stunning detail. At first it is a “shoot,” a legitimate contest with no predetermined outcome, until Emperor Jones’s body gives out and the bear dies mid-match. Unflappable, Atlas sees the bout through. On his last legs, Atlas proves his greatness, wrestling a dead bear for minutes to follow, and even contriving circumstances for the bear to win the match—the audience none the wiser.  This, Ferrari concludes, “was more amazing than any of El Gaucho’s greatest contests.”

This movement from stardom to obsolescence rests at the heart of The Deathmask of El Gaucho. For all of their talents, their bombast, and the quality of their performances, the wrestlers exist in a world in which they are largely interchangeable, expendable, and rarely recognized for their accomplishments. There is always someone to replace them—a new bear in favor of Emperor Jones and Atlas in favor of Ferrari—and even Atlas is better received by the world when he is not a man but a character. In the opening vignette, “A Neon Vernacular,” Mancilla writes that masks “keep the Peter Parkers and the Bruce Waynes away as if that side of the equation had never existed at all.”

In addition to mastering the vernacular of the wrestling world and translating it for a general audience, The Deathmask of El Gaucho consistently exploits, explicates, and ultimately celebrates the absurdities of the pro wrestling business. Here we savor an Interspecies Championship belt, held mostly by a bear, men who grow their hair long “to talk your opponent without the crowd noticing [because] that’s how you call spots,” and a man who is treated with respect and wonder when he hides his face from fans and an eager journalist, but who goes ignored after he shows himself to the world. 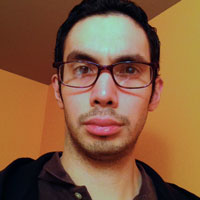 Michael Chin was born and raised in Utica, New York and is currently an MFA candidate at Oregon State University. He won the 2014 Jim Knudsen Editor’s Prize for fiction from the University of New Orleans and has previously published or has work forthcoming in journals including The Normal School, the Prairie Schooner online, Word Riot, and Gravel. He is a contributing editor for Moss. Find him online at miketchin.com and follow him on Twitter @miketchin.