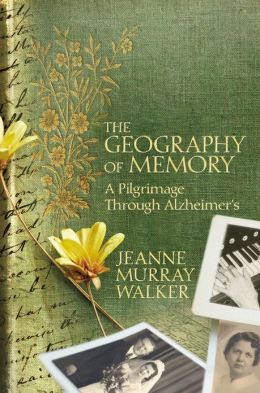 THE GEOGRAPHY OF MEMORY: A PILGRIMAGE THROUGH ALZHEIMER’S
by Jeanne Murray Walker
Center Street, 384 pages

“I worry about Mother, mostly,” writes Jeanne Murray Walker in her memoir, The Geography of Memory: A Pilgrimage Through Alzheimer’s (Center Street), “but I also worry about myself, because I am beginning to get myself mixed up with her. What does it mean that, in company with her, I ‘live’ in the past so much?” This question shapes Walker’s story of caring for her mother Erna Kelley, who lost her memory and life to the disease. Seeking answers, Walker offers insight into how memory works and what remembering means.

As she flies between Philadelphia and her mother’s home in Dallas, the author’s own 1950s childhood in Lincoln, Nebraska, keeps flooding back. Her own life seems boxed up with her mother’s stories about driving her brothers and sisters to school in a Model A, teaching in a one-room school house, staffing the night shift alone as a hospital ER nurse—cargo that was once pulled by the “powerful locomotive” of her mother’s memory. As Erna becomes increasingly disoriented to time, place, and person, it’s as if her daughter has been uncoupled and left behind on the track, unable to move forward.

Readers who are part of what Walker reports as “more than twenty million adult children in America who take care of a parent who is drifting into dementia” will recognize this state of mind. Alzheimer’s, like grief, is unpredictable—not a steady march through discrete stages, but a zigzagging, back-and-forth passage through a series of checkpoint crises. Diagnosable only after death, its progress is approximated by questions that test how well distinct regions of the patient’s brain work together to perform tasks such as remembering a random list of words. More confusing, Walker observes in a series of “field notes,” is how the symptoms of Alzheimer’s highlight certain cognitive truths: memory isn’t a locked file drawer full of untouched records of our experience, but a dynamic depository where we reorganize and recast what’s there as we need to. Though our capacity to conceive of a past self allows us to recount a story with a past, present and future, we experience time as fluid, not as static segments on a time line. “Believing that, I began paying closer attention to what Mother said,” Walker writes, signaling her turning point and coping strategy. “I started accepting, as a matter of faith, that what she said could be made sense of as references not to the present but to the past….And what a relief, not to have to set Mother straight.” 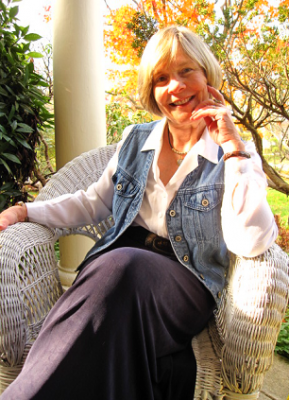 Walker’s done her research, but “Knowing fancy terms for the regions of the brain doesn’t help me remember better,” she reflects, doubtful that she could pass an Alzheimer’s test. Citing common mnemonic devices—acrostics, rhymes, lists, adages, and the blocking and “call and response” dialogue actors use to learn their lines—she concludes that memory depends on emotion. In order to remember the words ball, dog, car, she must trigger the amygdala that makes her feel by telling herself a story. Even playing music involves more than muscle memory, she observes as her son Jack memorizes the Tchaikovsky violin concerto. The melody is “the ongoing musical story you can remember and hum every day of the week. The orchestra has a different musical story…(which) gives you something to hang your own story on.” This is the ancient, enduring reason for telling stories as a means to preserve our collective history.

“What on earth is happening to all my things?” her mother laments after a life’s worth of objects is pared down for her final move to an assisted living facility. Walker speaks for all of us who’ve endured a similarly exhausting emotional task of dealing with “the sheer uncompromising weight of physical objects, at the awful truth that the body breaks down” when she writes, “There are times when the human condition can get a person down.” But from this darkness, she casts light.

“Eventually, even I started to relent,” she writes. “On the clothing front, for example, I thought, why shouldn’t Mother wear what she wants? … Even as (her outfits) became wilder, more outlandish, I didn’t try to stop her. I was right to let go of that. It became practice for more letting go later. I began to think of letting go as a discipline.” Later, she throws away the long packing list she’s made for a teaching stint in London, carrying only essentials to the city where the dreaded phone call finds her upon her mother’s death.

Remembering the journey is a journey in itself. Though heartbreakingly personal, The Geography of Memory is both memoir and a record of our shared human pilgrimage, a sacramental journey through a lifetime of memories to take in “the touch and taste and smell of spiritual truth.”

Elizabeth Mosier teaches creative writing at Bryn Mawr College. Her essay on archaeology and Alzheimer’s, “The Pit and the Page,” appears in Issue 47 of Creative Nonfiction.