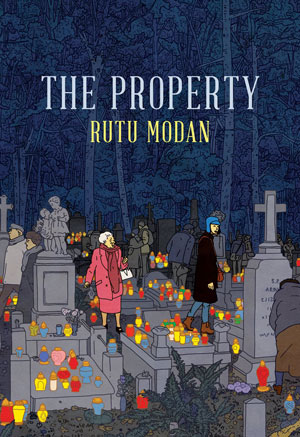 THE PROPERTY
by Rutu Modan
Drawn and Quarterly, 222 pages

A family secret.  A tragic love affair.  This could well be any book of the last millennia, and yet in Rutu Modan’s latest graphic novel, The Property, fresh life is given to these age-old tropes.  After receiving the 2008 Eisner for her first foray into adult graphic novels with Exit Wounds, Modan’s second novel further cements her talent in exploiting the subtleties of the medium. Where Exit Wounds is a fast-paced and chaotic adventure, The Property follows similar themes in a calmer setting as a grandmother and granddaughter travel from Tel Aviv to Warsaw ostensibly to reclaim a property they lost in World War II.

From the outset, grandmother Regina is established as a quick-tempered, strong-minded and endlessly stubborn character in direct opposition to the temperament of her granddaughter, Mica, who is practical and level-headed. 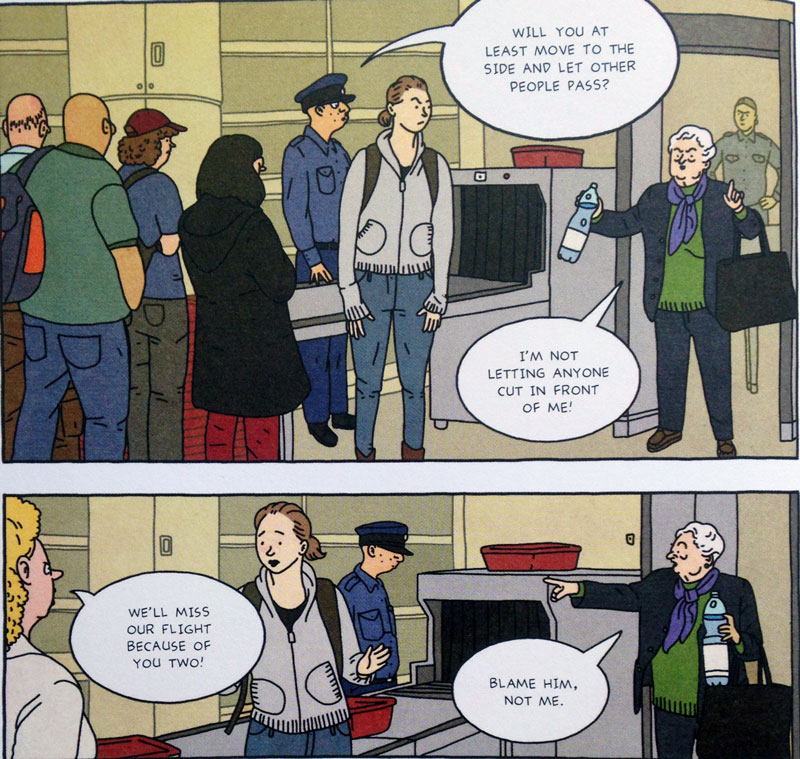 As their personalities collide and the cracks of their relationship grow deeper, both characters find themselves steeped in a wealth of age-old grief.  Mica finds herself driven by emotion, calling her new yet ‘untrustworthy’ Polish lover (deemed untrustworthy primarily due to his heritage) when her grandmother is unwell, and Regina becomes weakened by memories she cannot silence or defend. It is only once Mica and Regina connect with the climate of grief, and the legacy it entails, that they are truly able to connect with one another and reconcile the past.

Gracefully plotted and ripe with suspense, Modan’s gentle pace evokes the tragic eternal echoes of the Holocaust while exploring Warsaw as a real place where real people lived as opposed to the stale and dehumanized pitch presented to tourists: “Personally, I prefer Majdanek to Auschwitz” comments a schoolteacher taking his class to Poland.  Modan alleviates the solemnity of the atmosphere with a subplot of skulduggery and the workings of precise wit and satire, for instance in the change of attitude of a class of school children on a Yad Vashem trip from the flight over to the flight back. 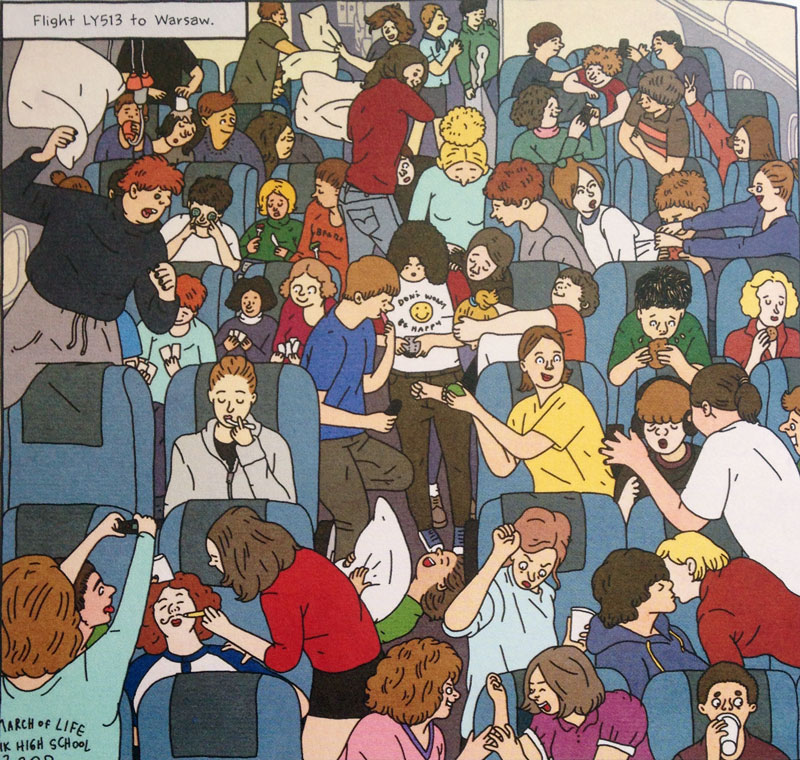 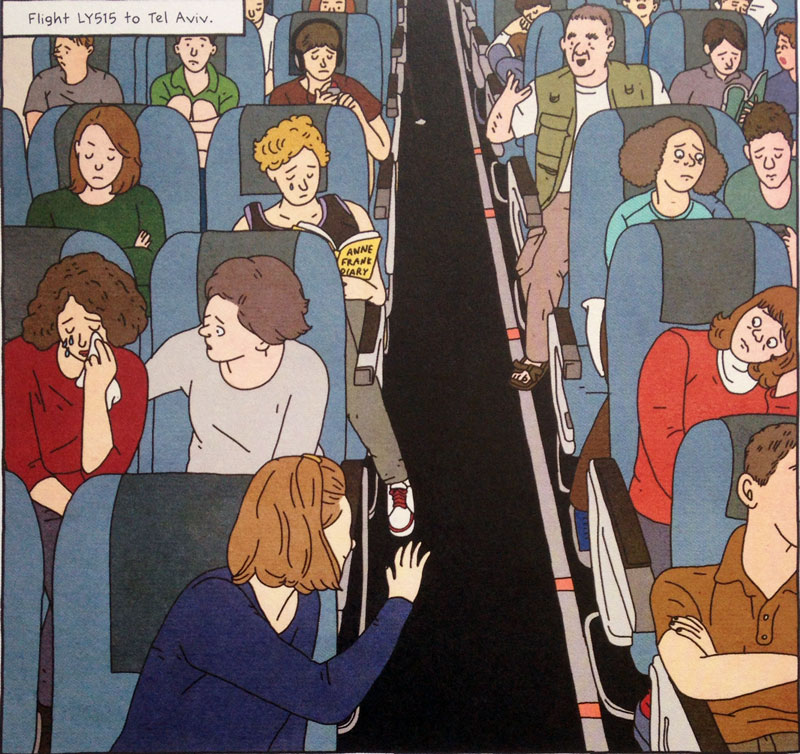 These moments of humour, and in fact the entire plot, unravel without the aid of a narrator. Modan relies on her ability to convey deep emotion through Tintin-esque linge claire in a matte color scheme, generating pain and suspense through the astute application of panelling and the most minute manipulation of a single line. 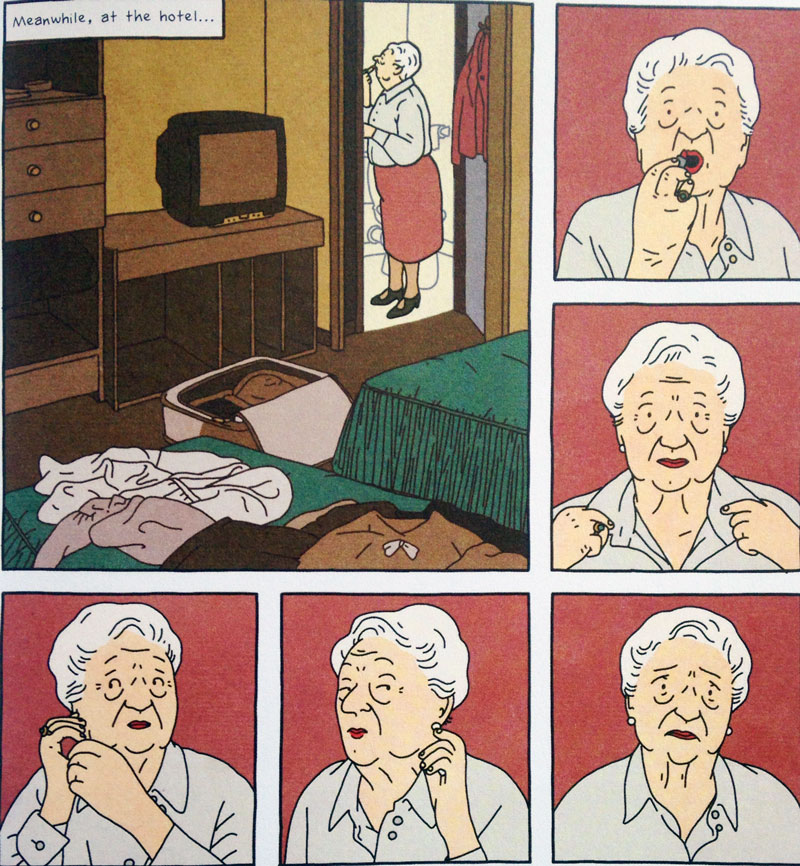 It is difficult to find fault in The Property, yet possibly Modan’s weakest moments arise from statements or reactions that seem melodramatic or over-sensationalized. But the dynamics of these moments often reveal themselves later in the piece and thus in retrospect serve to further underline the author’s careful observation of the idiosyncrasies of everyday life: halting conversations, miscommunications, faltering pauses, awkward poses and bizarre actions. 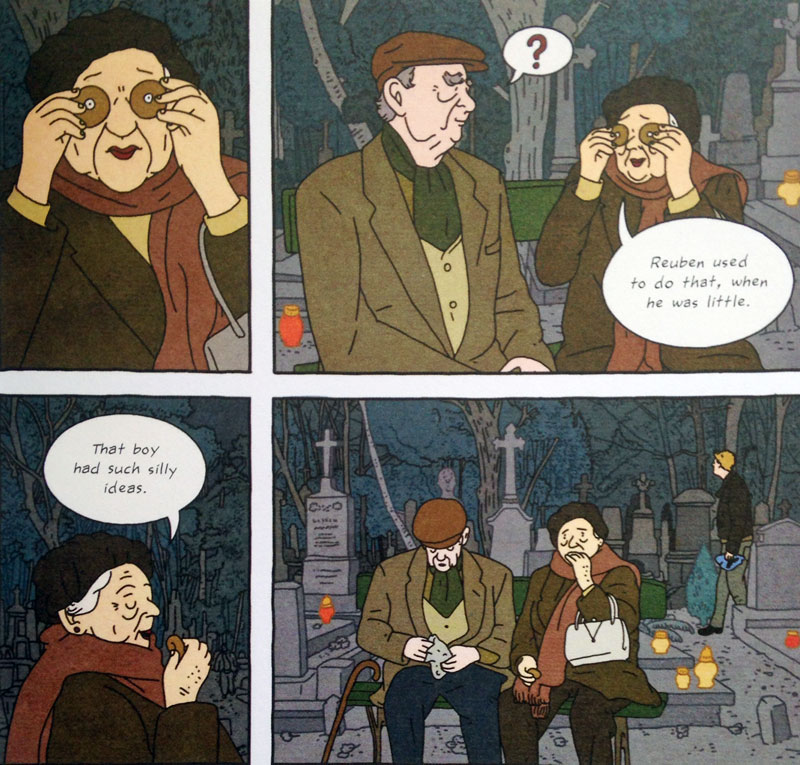 Her strict adherence to a realistic portrayal of human interaction is further enhanced by the trilingual communications – different tongues lettered in different fonts for intelligibility between specific characters – and the precision of body language. This precision is heightened by Modan’s use of actors to play out each scene before she drew the book. 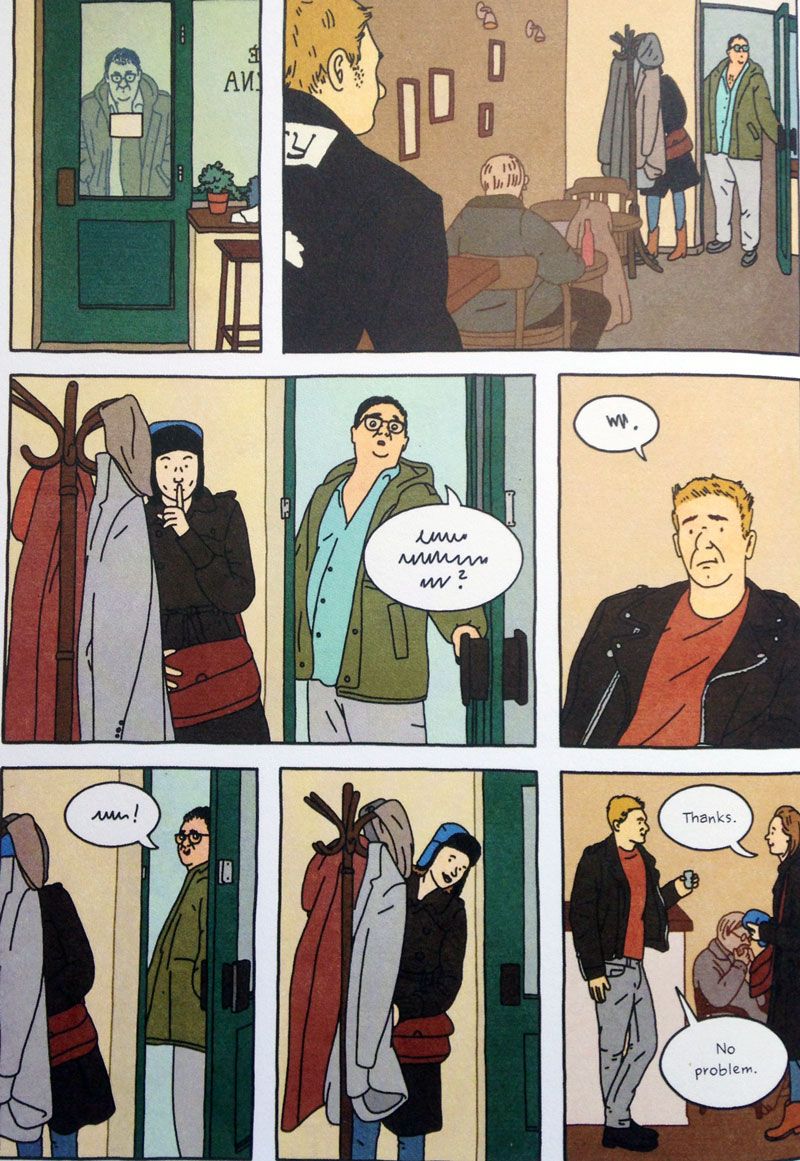 In The Property, Rutu Modan examines memory and history: how actions reverberate through time and suffuse into later generations, how grief is assuaged or left to canker, and how peace can be sought in the manifold plexus of love.  The Property is rich with subtle satirical nuance in contrast to moments of clarity depicted in beautiful detail.  Rutu Modan’s latest work is a tribute to her breathtaking talent as a cartoonist. 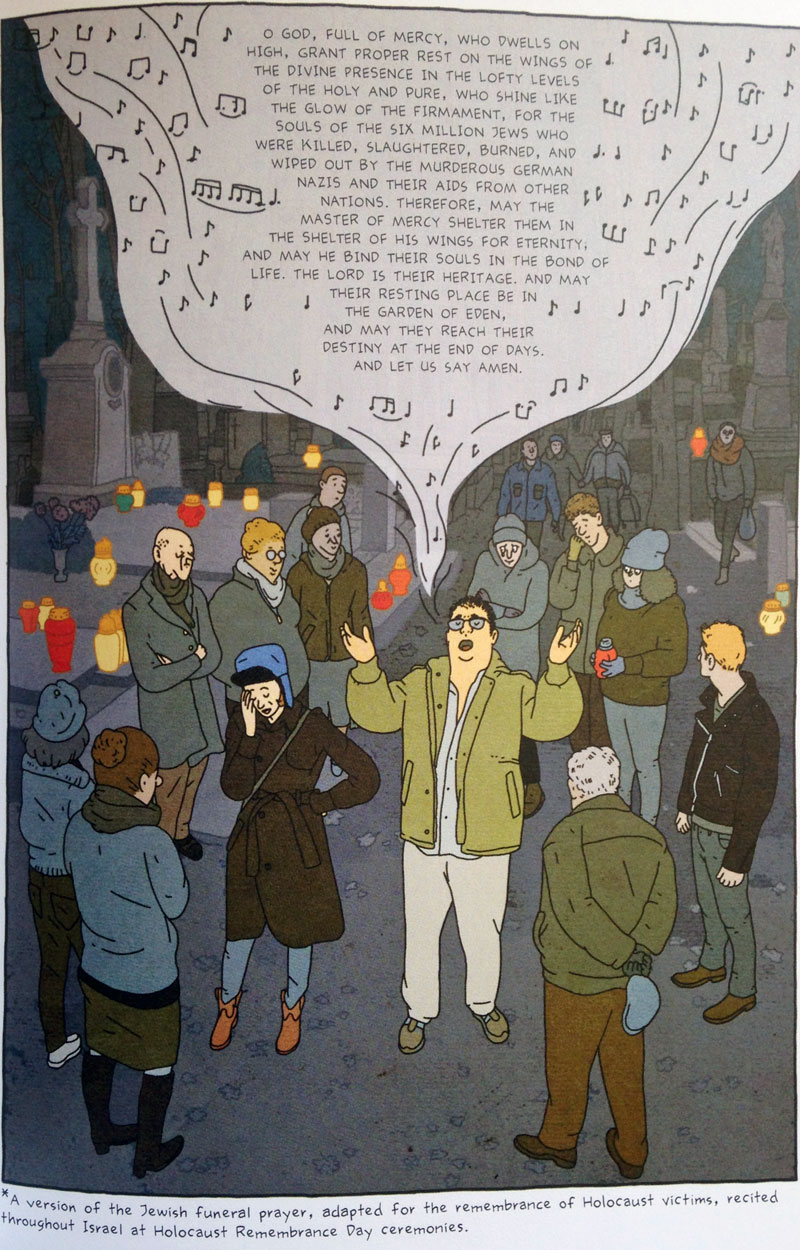 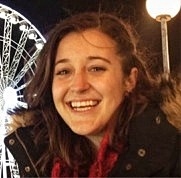