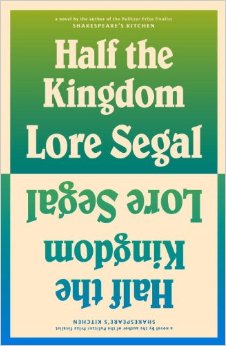 HALF THE KINGDOM
by Lore Segal
Melville House, 176 pages

Late in life, after health issues led my grandparents to move to a retirement community called Stonegates, my grandfather referred to their neighbors as his fellow inmates. I am still puzzling over Lore Segal’s new novel, Half the Kingdom, but I think she beautifully casts some theatrical lighting on the full inner lives and personal histories of the inmates.

It’s as though Segal lifts a lid on what she might call, here, the Crazy Box of stories inside her aging characters. The lives of Joe Bernstine, Lucy Friedgold, Samson Gorewitz, Ida Farkasz, and a few others intersect in the emergency room and on the seventh floor of the Senior Center of the Cedars of Lebanon hospital. The open lid won’t reveal enough: part of the story here is that though Joe, Lucy, Samson, Ida, and their peers clearly hold a wealth of stories inside them, it is painfully difficult for them to deliver their stories to the outside world.  What they wish to communicate too often is trapped and locked up inside them.

In the case of Lucy, she is completely distracted by the fact that an old editor friend has failed to respond to or even acknowledge a story she submitted to him months ago. She’s sent him “Rumplestiltskin in Emergency,” a story related to the death of her husband. I really felt for Lucy; her irritation at her old friend who leaves her very personal story languishing is understandable. And Segal comes up with a remarkably satisfying solution for Lucy. Armed with a cell phone as part of her work, Lucy will systematically call all those listed in her old, paper address book, and read them her most recent short story. Will Lucy ever feel properly, fully understood? Here, Segal is very funny: “Katherine says she is burning to hear Lucy’s story. Lucy reads Katherine ‘Sadie in Heaven.’ Katherine’s detailed, specific, accurate, high praise is what Lucy has been waiting her life long to hear, does not believe, and experiences as an act of hostility.” Lucy is brilliant at converting being heard back into the feeling of not being heard. 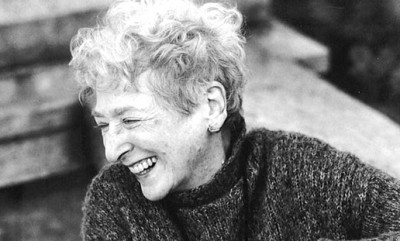 There is a lot of suffering in Half the Kingdom. One of the most frightening instances is that of Samson, who spends a night on a sandy beach, the waves lapping his cold body. He is paralyzed and unable to get the attention of anyone who might help him. Francis Rhinelander feels terrorized by the music he imagines hearing everywhere and can’t get away from. This music, it turns out, is of course not in his imagination: he is excruciatingly sensitive to Muzak.

Very powerful for me was the case of Ida Farkasz, who suffers complete amnesia when we first encounter her in the ER, but has a miraculous recovery of memories. She flees to the Dominican Republic, a place she lived for some time after escaping the Holocaust and before coming to America. But we learn that Ida will receive a letter from her daughter: “If you want to see Poldi you need to invite her, and soon.  You know she isn’t well, Mama, and the rest are all gone, Papa, Onkel Kari, your sister Berta. What they did or didn’t do is two wars, an emigration, and a Holocaust ago!” The opposite of too little memory is too much memory.

Lore Segal shares a little of Ida Farkasz’s life story—Segal escaped the Holocaust, spent time in the Dominican Republic, and then moved to the United States. Her autobiographical novel, Other People’s Houses, beautifully recounts a good deal of that story. Segal was among the children who escaped on the Kindertransport to England. I remember reading the obituary of Segal’s mother in The New York Times. Her mother died at age 100 in September 2005. The writer of the obit describes: “For many years, Mrs. Groszmann and Ms. Segal lived in different apartments in the same building on Riverside Drive in Manhattan. Each day at 7 a.m., the daughter would take the elevator down to have breakfast with her mother, who until three years ago rose at dawn to squeeze grapefruit juice for the two of them.” I was struck at the time by the lovely, easy intimacy of such a routine of this mother and daughter. Many of the characters in Half the Kingdom crave this kind of connection. Some of them have it, like the group of old friends and family who Joe Bernstine assembles to work with him on his Compendium of End-of-World Scenarios, like Lucy who has her friend’s ear, but they don’t always see what’s right in front of them.