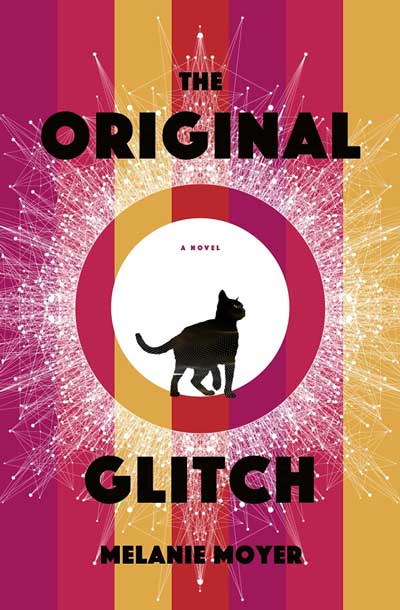 “Jesus was a carpenter, King Arthur was an orphan, and Laura was a broke, lonely millennial.” This is how Laura, the artificially intelligent protagonist, is summed up in Melanie Moyer’s sophomore novel, The Original Glitch (Lanternfish Press, October 2021). Every generation envisions its savior as one of its most unassuming: so, while the Wachowskis gave us introverted, Gen-X cyberhacker Neo in The Matrix films, Moyer provides Laura, the downtrodden but culturally-aware Millennial. Unlike Neo, however, Laura cannot escape her virtual prison, and her “magical” digital powers are lackluster. It is telling of the Millennial ethos that, even though the novel is about saving the world, the universe of The Original Glitch is familiar, ordinary, prosaic.

Laura is created in reaction to a malevolent AI named Theo. When Theo’s creator, Dr. Kent, starts to believe that he’s an unhinged sociopath, she puts him in a digital prison locked inside a physical box. Then she conceives Laura: 1. to prove that an AI can be “good” and 2. as a possible weapon against Theo. (The Matrix parallels continue: Laura is Neo to Theo’s Agent Smith.) For more than half of the novel, Laura is unaware that she’s bodiless, made up of zeros and ones. Her virtual reality is based upon a small town in upstate New York, in which she believes she’s a twenty-something who works at a pizza parlor. Her existence is unremarkable, save her haunting belief that she is trapped within the town’s borders. She chalks her entrapment up to capitalist society: “She understood that everything about the way America functioned kept people in their place unless they were beautiful or brilliant (or rich).”

The narrative alternates between Laura’s perspective and that of Adler, a grad student and Dr. Kent’s protégé. He is one of only a few who knows of Theo and Laura’s existence. His (real-life) existence is depressingly like Laura’s (digital one). Each is consumed by melancholia, has little hope for the future, and is a borderline alcoholic. Adler is withdrawn from his friends but finds solace in “watching” Laura via a computer interface. In this way, Original Glitch becomes something like The Matrix meets The Truman Show. Adler’s affection for her is the only warm feeling to which he is attuned, and it remains ambiguous whether his voyeurism is stirred by platonic empathy or a creepy romantic interest.

Despite the plot’s layered complexity, readers will be disappointed that The Original Glitch never achieves its dramatic potential. The pacing is glacial. One loses count of the number of scenes in which Adler and Laura (respectively) pour themselves cheap whiskey to drown their sorrows, or the times Adler explains the grave danger everyone, supposedly, is in.

This threat of danger, which is technically the backbone of the plot, remains undefined, as Theo’s intent is obscure. Theo dismisses the idea that he will cause physical harm and he but half-heartedly gestures toward causing political chaos. He does, however, try to blackmail Adler’s closest friend. Yet, the victimized character handles it with remarkable poise; it amounts to little more than a stumbling block. Similarly, Laura—who is meant to be the novel’s messianic character—only comes to know her potential during the concluding pages, leaving her no time for significant growth or self-realization. 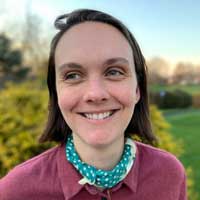 The thematic focus, instead, is on Adler’s journey from a selfish loner to a more open, empathetic individual. On one hand, the friendships he fosters (with human beings) over the course of the book are charming. On the other, a reader may be frustrated by the hypocrisy he displays in treating Laura like a person while he calls Theo “not a someone…” and reduces him, and his emotions, to just “data.” When Adler responds to Theo’s coldness with outright meanness, the entire posse that aids him (including an insightful psych major) points out that maybe Theo isn’t so evil after all, that maybe he’s just cranky that he’s been locked in a box. Indeed, Dr. Kent admits that Theo “was a child who skipped important steps, that he never developed a moral code.” Yet Adler never learns to empathize with Theo. There seems to be great irony that, despite Adler’s and Laura’s growing abilities to self-reflect, Adler never considers treating Theo as an entity that needs help or care. The irony is compounded by the fact that the novel begins with an epitaph from Mary Shelly’s Frankenstein, the words of the monster himself: “I am thy creature: I ought to be thy Adam, but I am rather the fallen angel, whom thou drivest from joy for no misdeed.” Like Frankenstein’s monster, Theo was never loved or nurtured. Moyer, seemingly by accident, espouses the cruel concept of misunderstood Otherness that Shelly’s novel criticized.

Original Glitch, nonetheless, has its virtues. It is a telling snapshot of the Millennial plight. While all its characters feel “stuck” in life, it is Laura—whose digital world is deliberately designed to keep her from progressing (geographically, romantically, or financially)—whose insight points to the limits of human agency. She is resigned to the fact that capitalist America’s socioeconomic flexibility is not what it once was. Her worldview is drastically different from Boomers’ “by the bootstraps” ideology; it is pointedly Millennial. The novel contends that our universe, with its defined limits and boundaries, is not much different than a computer program.

Moyer also explores the generation’s anxieties regarding reproduction. While the choice to not have children is less a taboo today than it once was, it is significant that most of the novel’s central characters—including Laura—are queer, part of a community for which child-rearing has always been an explicit choice. Dr. Kent, who asexually “births” both Theo and Laura, reflects and agonizes over her decision. She posits, “What is there to be earned, to be gained, in creating [life]?” The Original Glitch speaks to the evolving nature of procreation and parenthood. It even alludes to the possibility of a posthuman future where AIs are common members of the social milieu: Charlie, Adler’s ex, consoles Laura after she discovers that she is an AI, saying, “There’s more than one way to live. Yours is just…it’s a newer way, for sure.”

Far from the save-the-world-from-catastrophe thriller that its book jacket promises, The Original Glitch is a meandering inquisition of the purpose of life. Though Adler and Laura each find some temporary satisfactions, Moyer’s book offers no concrete answers. Instead, it suggests that asking the question is what makes one human. As Dr. Kent puts it, for an AI to be truly intelligent, “they’d have to be like us, eternally pining for purpose.” 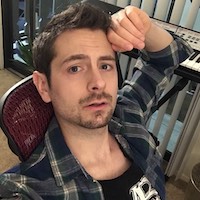 An MA candidate in English & Media Studies at Rutgers University, Michael Sasso has spent much of his adulthood wandering (but seldom lost). Before moving to Philadelphia, he made short films in Los Angeles, tended bar, taught yoga, and was a nanny in the Midwest. His scholarly and creative interests include critical posthumanism and fiction that captures the intersection of science and spirit. His stories have appeared or are forthcoming in Atlas and Alice and The Coil. Sasso is on Instagram @MickSasso.