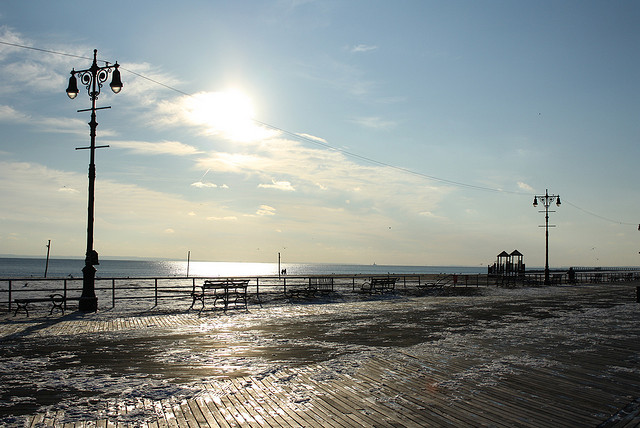 In a dress with sequins the color of champagne, her legs like bone, she crouched on the beach and dug her hand under the packed wet sand. The New Year had been mostly Manhattans and whiskey-gingers and drunk finance hotshots from Murray Hill and Stuy-Town trying to buy girls out. The salt-cold wind blew grit down the face of the dunes. She drew her knees to her chest and drank vodka.

People were getting engaged. But still she clung to her brick building in Morningside, to the holes in the walls where the electrical wiring had been gutted, to the hall light that was burnt out, to the bathtub where she’d bathed in two inches of water boiled in a pot on the stove, flopping around on her stomach like a beached whale to wash the suds off.

She remembered being seventeen. As denim shorts and bare thighs on the scorched hood of a Volkswagen, and joints rolled on hot leather seats. Somebody slept on a blue and yellow beach towel at Sauvie’s. Somebody lay underneath her with his hands under the strings of her bikini, the 24-year-old drummer from the Satyricon. Somebody had gotten high with her outside the aquarium in Newport, and they had looked at the tide pools under Haystack Rock. But she hadn’t seen those people in a long time.

When the vodka was gone she looked through the bottom of the bottle like a telescope, magnified the sequins on her dress, peered at the water shifting up and down and the black circle of the Ferris wheel against the thin sky. A Russian in a wool coat crunched across the ice-rimed pier. The lights from Manhattan were ghosts. After the party she had ridden the D train to the end of the line, to Coney Island.

Here nobody would take her to see the tide pools. Here the beach was frozen, drained; and here nobody stopped at just kissing, or smoked her out, because here it was every individual person for themselves, even married couples, even sisters, even mothers and daughters, and here to be alone was inherent, even admirable, and here every action and reaction was just one inch closer to an unspoken impossible goal of more, more, more, more, more.

She lay on the beach until she was sober and the sun had risen. The waves crashed in on the first morning of the New Year. Was there anywhere else to go? Eventually she stood, pitched the bottle into the Atlantic, and turned for the train that would take her back.
Image credit: Helen Chi on Flickr 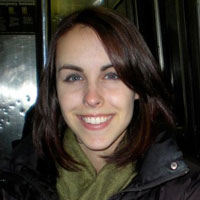 Kristen Sharp grew up in Portland, OR and lives in New York City. She is a recent graduate of Fordham University, where she completed a B.A. in Spanish Language and Literature and spent a year living in Spain. In 2012 she received the Bernice Kilduff White and John J. White Prize in Creative Writing from Fordham. Her fiction and poetry has appeared in Fordham’s literary magazine, The Ampersand, and newspaper, The Observer. She is currently working on a novel and planning a voyage to Southeast Asia.