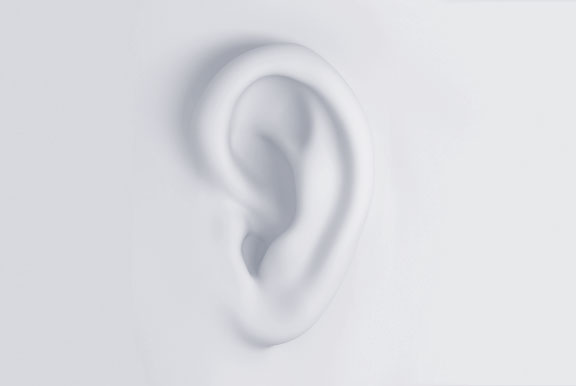 A HUNGER ARTIST
by Henry Marchand

The medium is biological, human cells crafted in a sterile environment to simulate body parts: an ear, a finger, a foot. Clyde Averill has become renowned for his work, the first bio-artist to achieve such astonishing, lifelike effects. After exhibitions in Italy, France, and China, in the Ukraine, in Moscow, he has come to Los Angeles and from here will go to San Francisco, Denver, and finally New York. In each city, in each gallery, he exhibits different works, and at the end of each showing he unseals the glass in which the apparent body parts are displayed and allows attendees to touch them; the shock of it always sends a murmur through the crowd, the tactile sensation indistinguishable from touching a fingertip to the lobe of a lover’s ear, a beloved child’s flesh. The finale never alters; cells not previously exposed to bacteria are ravaged by microscopic hordes that rush upon them from the intruding hands, and the ears, fingers, feet decompose and crumble before astonished eyes, eaten alive.

Even those who’ve read about the spectacle, or who have seen it before in another gallery, are appalled and fascinated. So it will be tonight when the thirty invitees to Averill’s showing at the Lovington Gallery on 4th and Flower are treated to the artist’s disturbing final flourish. I have no doubt of this; I have seen it many times myself and am never less than repulsed. Yet the horror of it is also somehow exciting at, perhaps—if you will allow me this—the cellular level. Something resonates, primally, in one’s own tissues as these tissues made by man decay and die.

Yes. They die. And yes, they live. I am sure of this. Averill himself convinced me; the logic of it is inescapable. The cells he uses are living cells; they bond and respond to his direction, as cells respond to the prodding of scientists in labs. He is not their creator, no more than a technician who inserts sperm into an egg creates either sperm or egg, but he is the maker of their destinies, the shaper of what it is they will become. As perhaps, that technician shapes the child that may be born of the reproductive combination he has facilitated; but Averill’s control is more complete. He himself carves the contours of the ear, etches the whorls and spirals of the finger’s tip, determines if the foot will have the expected number of toes, and how long or short each toe will be. Some Averill feet have been lovely forms, softly contoured and smooth-skinned, each of their five toes “a song of delight made flesh,” as one appreciation in the art press opined. Others, crafted for divergent effect, had eight or ten or—the maximum so far—even twelve gnarled and nail-less toes bunched together at their extremity, conjuring unexpectedly our species’ origins in the sea, the crowd of digits like barnacles or small pale crabs that have affixed themselves permanently, parasitically, to an unconsulted host. At times an exhibit consisted exclusively of such ugliness, or its opposite. Just as often, the artist offered an approximate balance of the two.

There would be no announcement of an exhibition’s content before it opened. Averill’s audience was kept always in a state of uncertainty, the precise nature of what they would see/are seeing/have seen never a settled question. Yes, I have been convinced that his sculptures are alive and, because he shapes them from human cells, human; but this being so, is their inevitable destruction a moral crime or simple biological process? Are the people who touch Averill’s creations in the wrong—perhaps sinning—if they know beforehand what their touch will do?

Reviewers pondered these questions, and more. Having known Averill and his art longer than they, having been invited to touch and witness the decay of a living sculpture two years before the first public showing, I asked these questions first. And when I asked them of Averill himself in his studio one day, after we’d returned from the first exhibition, he stared at me with his laughing blue eyes and said it wasn’t his job to answer questions. I nodded and said, I see. It’s your job to raise them, then. And he said, No. I make art, and it may be that art raises questions.

I looked into the glass cylinder on the pedestal before me, at the warmly pink, perfectly formed ear that would become colorless sludge in less than a minute if I were to touch it and said, I don’t know where the limits are. Averill responded with a smile, You’re phrasing a question as a statement.

I raised my hand to touch the glass, leaned in closer to the ear inside and whispered. Perhaps one day Averill will create a mouth and I will have an answer. 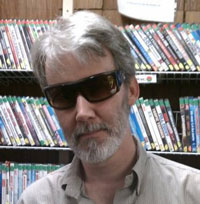 Henry Marchand’s fiction has appeared in The King’s English, Paradigm, The Seattle Review, Rosebud, The Laurel Review, Penduline Press, and elsewhere. He has published essays and commentary in The New York Times, The Boston Globe, Common Dreams News Center, and The International Herald-Tribune. A New Jersey native and longtime resident of northeast Ohio, he now lives with his wife Lisa on the Central Coast of California, where he teaches creative writing at Monterey Peninsula College.