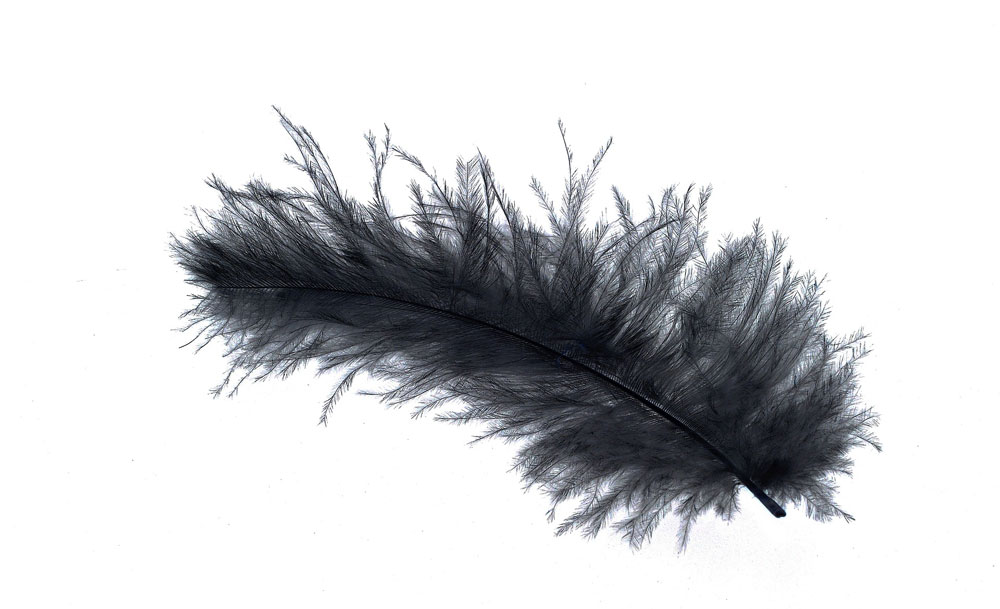 “The Sparrow”
I’m a speckled sparrow.
My short wings are narrow,
My beak blunt for cracking seeds.
All I do is feed

But never get enough.
City life is tough
And winter’s hard. I should migrate
Except it’s far. And now it’s late.

I’ll have to stand in snow
And watch the flakes blow
Across the vacant lot.
What things seem they’re not.

Someone is dreaming me.
The trash and cars and bird are he.
I’m someone who’ll wake.
The snow and lot are fake.

They represent a mood.
A dreamed thing needs no food.
The snow falls like feathers, like down.
I’ll wear them for a crown.

Then I’ll be king.
If I wanted to I’d sing.
I don’t think I will.
He likes it white and still.

The boy lowered his orange papier-mâché beak and his feathers cut from newsprint fell over the cutout eyes. He raised both brown wings, acknowledging the scattered, light applause, then hopped off the stage on clawed feet, past a stunned-looking Mrs. Waverly, his fifth-grade teacher, who had emerged onto the boards.

“Peter,” she called, “Peter, come back!” as parents and grandparents began to murmur and Mrs. Waverly stepped toward the bunched curtain. Principal Harvey stood from his front-row seat and hurried up the three stairs to backstage.

Robert Hamilton turned to his wife, Helen, who stared straight ahead at the empty platform, at its proscenium arch hung with white and red holiday bells, flanked on either side by three silver leaping reindeer, who appeared to have slipped their harness to escape Santa’s stinging whip.

“My God,” a woman behind the Hamiltons announced. “What on God’s green earth was that?”

“I’m not surprised,” answered a low voice beside her. “It’s what you get, not letting the kids pray at school.”

“You knew about this?” Robert asked Helen.

Her gaze focused on the trail of silver tinsel fallen from the previous actor portraying a skipping spruce, decked with blinking lights and ornaments.

“I only helped with the costume.”

“‘Someone is dreaming me’? ‘He likes it white and still’?”

“He said it was a secret, not even Mrs. Waverly knew. But I think she did–”

“His teacher put this on? Without our consent?”

“I found a folded paper in his room, a jingle about Santa Claus. Peter’s name was at the top. I recognized Mrs. Waverly’s handwriting.”

“So he deceived you and his teacher, in front of the whole school, staff, student body, and attending parents?”

“It’s not my fault,” Helen said. “You leave books around the house.”

“Are you kidding? That was straight out of Abraxas and the Gnostics. Talk about a holiday showstopper.”

“Last week I caught him reading No Exit.”

The stage had remained bare and all around the Hamiltons there was the growing hum of confused and disturbed conversation. A local minister stared at Robert, then turned back to his wife, his lips at her ear.

Now she and several gray-haired women and men turned in unison, until the microphones shrieked with feedback.

Mrs. Waverly appeared again, Principal Harvey at her side, and the room went still.

“Personally, and on behalf of Ronald Reagan Grammar, our principal, Mr. Harvey, and our entire faculty and staff, I wish to apologize for the presentation you’ve just seen and heard. It was my responsibility to prepare each of the children, and I’m afraid I’m to blame for not being more alert.”

Her head bent to the side and in her green dress with holly berries and leaves pinned at her breast, she lifted a hand to her brow.

“I’m afraid I was taken off-guard, as surprised as no doubt many of you—”

Mr. Harvey touched her shoulder as she went silent and he stepped forward.

“All of this was a mistake. Rules were broken, a deception has taken place, and we at the school are as mortified as all of you. Especially at this time of year. Disciplinary steps will be taken with the child involved and with his parents, I promise you.”

He spread his arms with open hands, then brought them together in a silent clap.

“Now let’s get on with our wonderful pageant!”

“Let’s get out, before they start a pyre of Yule logs.”

“I can’t believe it.” Helen sat frozen in her chair. “I simple can’t—”

“Someone put him up to it.” Robert was on his feet and reaching for her arm, asking, “Your dad been around, Mr. Nietzsche Jr.?”

It was Clint Evans, the mechanic, who had worked on the Honda.

“Please,” Helen whispered, “not now,” and like convicted parents of the anti-Christ they edged past familiar townspeople dressed in their holiday best, people Helen knew from Cub Scouts and Pee Wee baseball, and from the PTA and grocery store.

“Is that her husband?” someone asked.

At the aisle, fifty faces watched them endure the long walk to the lobby, as if Robert’s tweed jacket and Helen’s cashmere parka were emblazoned with scarlet letters. At their backs they felt loud whispers aimed at them like snowballs concealing stones.

At last outside the auditorium’s swinging doors, Helen said, “God!”, then suddenly, as an afterthought, “Peter!”

“I don’t know— There must be another entrance. I can’t—”

Robert stepped to the lobby’s arched window and then stood still, silent, against the grey light.

His wing and breast feathers dark, sodden as the sky, his clawed feet black as soot—only his lowered bill a vivid orange—the sparrow stood alone in the field of December snow. 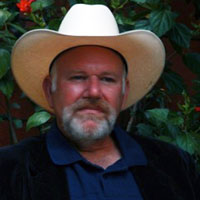 Nels Hanson grew up on a small farm in the San Joaquin Valley of California and has worked as a farmer, teacher, and contract writer/editor. His fiction received the San Francisco Foundation’s James D. Phelan Award and Pushcart nominations in 2010, 2012, and 2014. Poems have appeared in Word Riot, Oklahoma Review, Pacific Review, and other magazines and have received a 2014 Pushcart nomination, Sharkpack Poetry Review’s 2014 Prospero Prize, and 2015 and 2016 Best of the Net nominations.