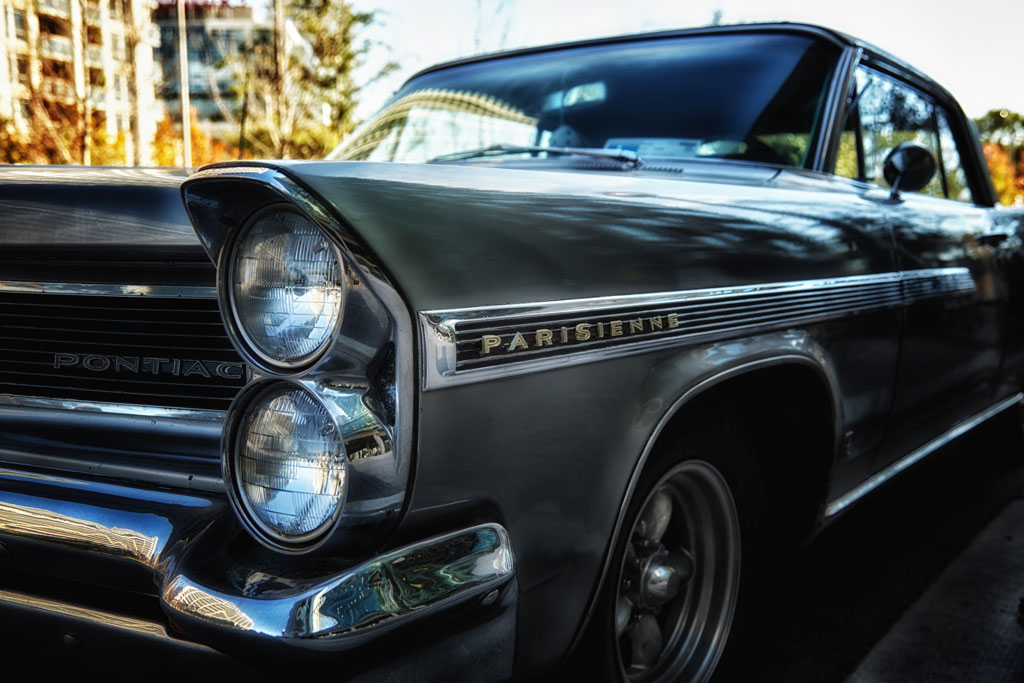 DANCING DOE AND THE GO-GO-GO
by Crystel Sundberg-Yannell

It’s a funny feeling, owing your existence to an affair— You can’t condemn it. At least, I’ve never been able to. Instead I’ve romanticized it. Listened to the facts and attributed it to destiny. Through me, it’s been rationalized, glorified—reimagined—

I imagine what brought him to the lot that day was the barrage of ads—the ’58 Chevy Camaro had just been released, and even then they could smell it. Classic, the scent whispered, heavy with the sour-sweet of rubbed leather and oiled hinges, the soon-to-be-backseat-conception-point of thousands of late baby boomers. Or I imagine it could have been his new job, sorting envelopes by size, weight, and zip-code, the pressed khaki fabric on his elbows rubbing against his father’s own—the life-sucking monotony that brings life security also brings a decent credit rating. Or I imagine it was his son’s first birthday, family life as a teenage father became instant reality and he was hit with an urgent need to provide—or to escape. Whatever it was, it was something special (I imagine), something that brought him and his wife to that car lot during a breezy Utah summer in ’58—switching the lanes of fate from “what could have been” to what had to be.

They went on a Sunday, they and their small baby, to a shabby dealer within walking distance of the church. I imagine they were the only customers. The wheels of the stroller scratched the gravel—which, which, which it seemed to ask as they strode between the lanes of red, blue, and silver. Which, he thought, tracing the handle of a new Camaro and snapping it back when he noticed the trail of zeroes scribbled across the windshield.

“Maybe we should give the used section a go. So we…” He hesitated. “Well, so we know what our options are.”

I imagine he twisted around then and caught the image of his wife applying her lipstick in the reflection of the driver’s side window. Her top lip kissed her lower without a sound, brown and red tint glistening. Doe-eyes glazed, she lifted a delicate hand. Long pianist fingers traced the hem of the daisy scarf that framed her face. Traced the lace that lined her neatly combed hair. Followed its hem to where it knotted, twisted beneath a low, matrimonial bun. She was seventeen.

(Many years later she would wear it in her trademark single gray braid, swinging down past her waist. I would sit beside her at the piano, feet dangling, and between keys of Hot-Cross-Buns, I would ask her if she had ever cut it. “Once,” she would say. “When I was younger than you.”)

She paused in her reflection. Her hand stilled, eyes unfocused, falling into the past. Audrey Hepburn, they had called her as she tap-tapped out her message onto the stage, her bloodied toes hidden beneath the steal of her tappers. Audrey Hepburn, and just as talented. Remember this when she’s famous, the crowd at her school had roared. Ha-fa-ho, the faint sounds of cheering.

Her gaze fell further, falling through the past. Past her image. Falling into nothing. Nowhere.

He coughed. She was fickle, the doctor had said. (They didn’t know the term for postpartum depression, I imagine.) “Janette.” He called her back, just like he’d learned to.

Her eyes clamped shut. Wrenched open. Too forceful to be a blink.

And she was back, tossing her lipstick in her arm-bag. “It’s your car, baby,” she said and offered a smile that didn’t extend past the brown and red tint. “I’m only here for the test drive.”

I imagine he appeared here, The Car Salesman, red hair flaming against the afternoon sky, teeth as bright as the polished hood ornaments, eyes flashing a secret message—green means go.

I imagine he said something along the lines of, “You can test drive my stick-shift any day, pretty lady.” Or something equally as cheesy, something I imagine was pulled directly from the car salesman pick-up line handbook that he kept nestled within the folds of the Bible in his front shirt pocket.

I imagine she let out a laugh as quickly as she stifled it, that the baby kicked in his sleep, and her High School Sweetheart extended a forgiving hand. “Rich,” he said.

And The Car Salesman clasped it. “Red-Haired Car Salesman,” he replied. (That wasn’t his real name, I imagine…)

The young men talked specs and payment plans as green eyes slid to deer ones, as smiles flitted, gloved hands twisted nervously at the nape of a bun, and slowly, unconsciously, a high-heeled foot began to tap against the gravel.

I imagine he held the door open for her, Rich too enchanted with the ribbed steering wheel to notice the way her ribs grazed against the bulging Bible in the Car Salesman’s front pocket, the way she grasped his gaze as she lowered into the soft leather back seats. I imagine they left the stroller at the lot, lying the sleeping baby comfortably across the bucket seats. I imagine she put a ringed hand on his little stomach to protect him during the bumps and slipped her right hand free from its glove, extending it out the window, her long, ring-less fingers trailing patterns in the wind.

“Your wife’s a beaut,” The Car Salesman said—I imagine to Rich, but a little too loud.

“You think?” Rich mumbled, and fumbled with the stick-shift. “I always thought so.”

I imagine The Car Salesman casually overtook The High School Sweetheart’s hand, coaxing the car into first with a single thrust, his eyes tracing the curves of the face in the side mirror. “Real Hepburn.”

Brown and red curved into an upturned arch. The wind hissed, ha-fa-ho. She brought a hand up to the knot of her bun.

“It’s not a machine, son.” The Car Salesman knocked The High School Sweet Heart’s hand away and clasped the stick in his grip. “It’s a fuckin’ animal.” He thrust it into second gear. “Now drive her like she’s supposed to be driven.”

I imagine she let out a sound—too wild to be a laugh, thrilled by the speed, her wide smile coloring every feature on her fine face. Pianist fingers pulled bobby pins. A flick of her head and a daisy scarf disappeared along with a matrimonial bun. Waves of silken brown flew, streaming out the window beside her. On and on and on.

She matched his stare in the mirror.

A low whistle. “Better than Hepburn…”

His green eyes roared—go, go, go. Her doe eyes filled with the heat of the spotlight. And I imagine that’s when she felt it again. Felt her fingers playing, her feet tapping, her skin prickling from the crowd cheering. She was a performer. Her heart tap-tapped—bada-bada-da—go, go, go, against her ribs.

And she did. Every Wednesday after.

Nostrils ached with the sour-sweet of rubbed leather and oiled hinges, back arched on the destined backseat-conception-point of the soul-loving, foul-mouthed redhead I would one day call Mom. 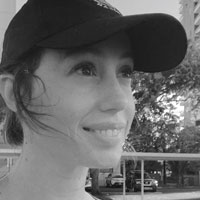 Crystel Sundberg-Yannell is a recent graduate from the University of Hawaiʻi at Mānoa where she obtained her M.A. in Creative Writing. During her time there, she received the Meryl Clark Award for excellence in creative writing and the Stephen C. Stryker & William H. Stryker Award for Fiction. “Dancing Doe and the Go-Go-Go” is her first publication, thanks Cleaver Magazine! She currently lives in Honolulu with her husband, daughter, and banana-eating rabbit.