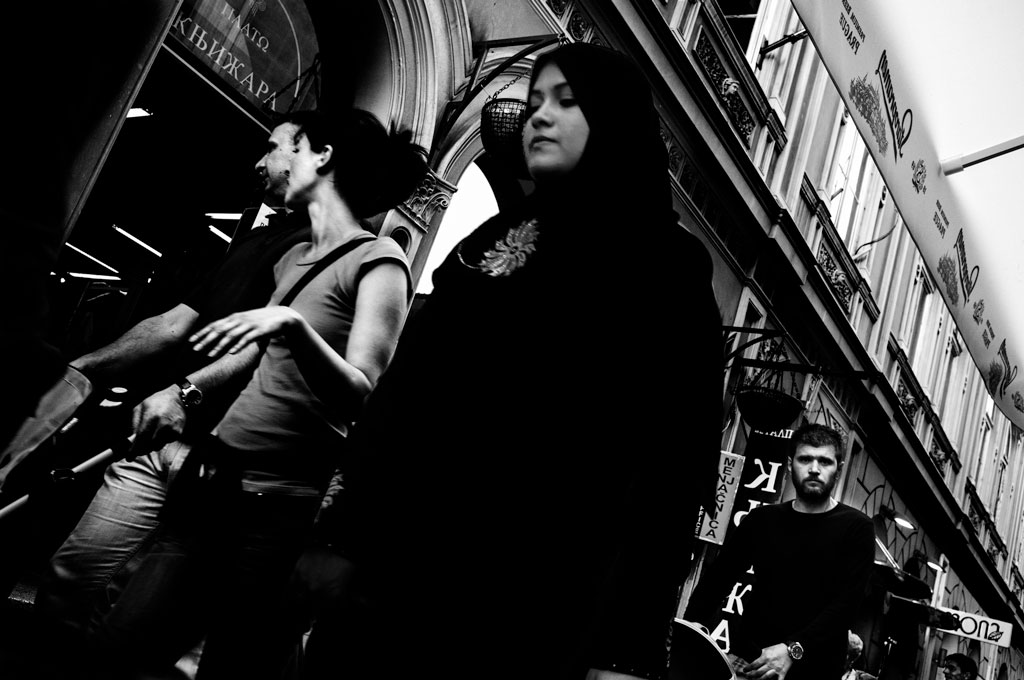 It had been ten years since I’d been to Belgrade and the first things I noticed were the billboards. The blasted-out skeletons of iron had been rebuilt, painted, and were skinned in colorful faces smiling down on the grey skyline. They seemed so oddly out of place, as if they had landed straight out from the sky.

I’d spent my childhood in the city, but I’d gone abroad and hadn’t been back since just after the war. The airport hadn’t reopened, so I had flown into Frankfurt, rented a car, then driven 120 mph in the slow lane of the Autobahn through the deep tunnels of the Viennese Alps. The highway linking Belgrade to Zagreb was empty, and the deep impressions of tank treads were still visible on the shoulder.

On that trip I had been shown the ruins of Avala, the tower on the hill overlooking the city where I had gone as a child to see the tomb of the Unknown Soldier. It was just a wet tangle of cables and rubble all along the slope of the hill, as if someone had pushed it too hard and it had fallen, exhausted, on its side.

But now, ten years later, it had been rebuilt, more beautiful than before, and everywhere that had once been rubble was now so new that I couldn’t recognize the turn-off to my aunt’s house, and I almost missed it.

I was meeting my sestra there, who had agreed to take me through the city and show me what had changed. As we drove back across the Danube she pointed out a hotel down by the water. It was yellow and gold, framed by old oaks in the traditional style of old Europe. Do you know what that is? I looked at the exit that led down to it and marveled at the change. That’s where that old decrepit factory used to be.

We drove straight down Bulevar despota Stefana toward the National Theater, and Maja leaned forward and pointed out the new buildings through the front of the windshield, on the left, on the right, until we pulled off the main street and found a side street to park on. Downtown had always been beautiful, the nineteenth-century buildings covered in carved balustrades and winking cherubs over windows, but now the cracked plaster had been filled in, the soot removed, and inside the glass fronts of the newly pastel buildings were clothes and purses from European brands, and it all felt new, as if the long haze of socialist concrete had never been there at all.

I stopped often, taking photos of this place I half-recognized, when I saw something I had never seen in Belgrade: a man with a map. It was a tourist. I asked him in English if he needed directions, showed him where we were on his map and where he needed to go, and he smiled and thanked me so I couldn’t tell if he was more surprised to find me there or I him.

He wanted to go see the oldest part of the city, Dorćol, where we were headed. This had been the heart of the city during Turkish occupation and had all of the oldest buildings, but I only remembered it from late nights at cafes, drinking in bars that spilled out onto the streets and then eating palacinke from street vendors on the way home.

As we walked through Studentski park and between the university buildings, the city that I recognized from my childhood began to reappear along the small streets. Concrete apartment buildings, gray and stained with water runoff, sat above shuttered shop windows scrawled over with spray-painted nationalist graffiti. Old trees burst through the sidewalk, trash collecting in their roots, and everywhere little babas with black kerchiefs wrapped around their heads hurried along, carrying groceries from the market.

We stopped at Čukur česma, the fountain commemorating the start of Belgrade’s revolt of Turkish occupation. In 1862, Turkish soldiers killed a young Serbian boy at that spot, and the outrage led to outbreaks of violence culminating in the complete withdrawal of Turks from Serbia.

But Serbian Muslims were expelled too, and where there had once been over 200 mosques in Belgrade, there was only one left. I had asked Maja to take me to see it. All those years and I had never even known it was there, a remnant of some other Belgrade that was just as foreign to me as the sand-blasted downtown that I had just walked through.

The white minaret wasn’t immediately visible, and if my sestra hadn’t been there to point it out I would have missed it entirely. The mosque sat at an angle to the street, hidden between the folds of the other buildings, still following the layout of some long-forgotten neighborhood.

During the war, the mosque had been burned in anti-Muslim violence in retaliation for attacks on Serbs in Kosovo. But as I gazed up at the building there was no trace of this left, only the subtle gradations of the yellow stone broken by the pointed arches of the low windows.

There’s been a mosque in that place since 1575, destroyed and rebuilt again over hundreds of years. My ten years away had been just a moment, only a heartbeat, in the life of the city. 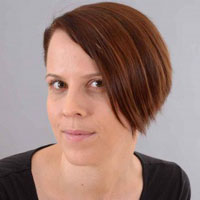 Sara Alaica is a citizen of the world and a nomad. She grew up in Canada and in the Balkans and has lived in Japan, Australia, New Zealand, and the United States. Between traveling the seven continents, she earned her BA in literature from Carleton University and an MA in literature from the University of Toronto. She currently works at Columbia University in New York City. She blogs at www.alittleroad.com