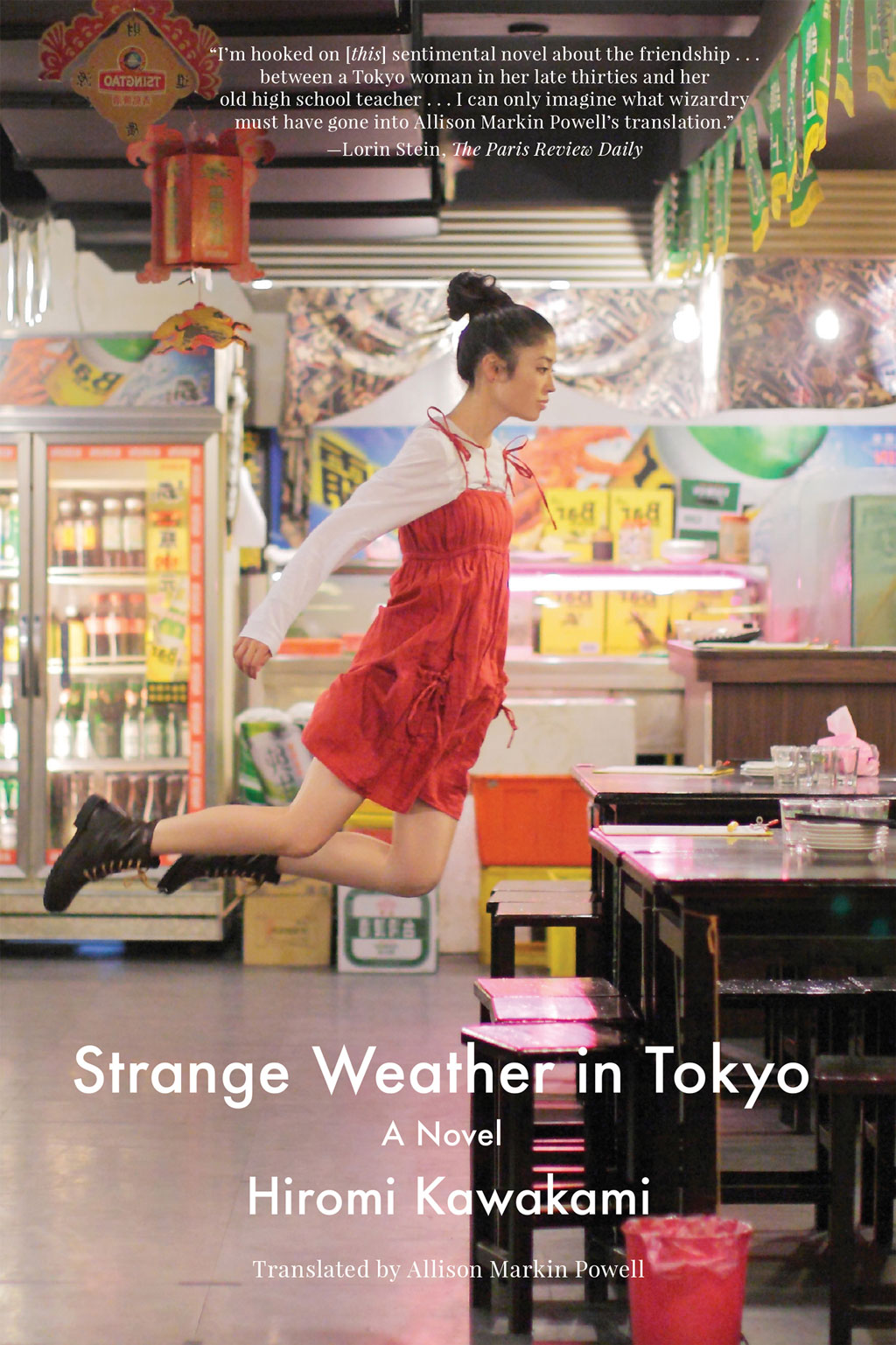 When you are lonely—truly lonely, not alone by choice in the search for liberty— the bloom of your energy and language changes completely. Your fellow lonely become the only people alive that are fluent in you.

In this state, you see the lonely everywhere. On the subway, you meet with longing, desperate eyes. In the station, you open the exit door and they say thank you with such sincerity it feels like an embrace. You reconnect with the periphery characters from your old lives. Coworkers, friends long removed from your orbit, abandoned lovers, and, in the case of Hiromi Kawakami’s sweetheart novel Strange Weather in Tokyo, former teachers and the alumni of your high school.

The language of the lonely is often based in deficit. To be lonely is to be flung from the kinds of bonds society values most: coupledom, friendship, family. Loneliness suggests difference and, in the more dire cases, loss.

For Tsukiko and her former high school Japanese teacher, who she calls Sensei, loneliness is based in melancholy. Sensei is a beautiful weirdo, a straight-laced and classic man who collects serving teapots, finds thrill in mushroom hunting and may or may not have a magic briefcase. He’s older, and a widower. His life, like Tsukiko’s, is hunched by hurt. He has lost too much and is unable to grow close to anyone for fear of losing more. 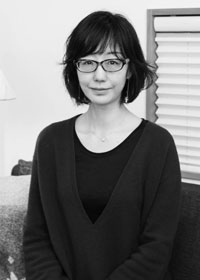 Tsukiko suffers from a tuneless depression. She doesn’t understand love and ruined her one youthful chance at conventional happiness through awkwardness and inaction. Since then, she’s existed in a kind of rudderless mute, detached from intimacy. She has normalized loneliness and convinced herself that she is happy, or close to happy, despite the profound ache and regret that turns the banal into the tragic—after reflecting on the time she suffered through her great love’s wedding to another woman, she breaks down in the midst of eating an apple. “I had a craving for an apple so I took one from the basket,” she observes. “I tried to peel it in the way my mother did. Partway round, the skin broke off. I suddenly burst into tears, which took me by surprise. I was cutting an apple, not chopping onions—why should there be tears? I kept crying in between bites of the apple. The crisp sound of my chewing alternated with the plink, plink of my tears as they fell into the stainless steel sink. Standing there, I busied myself with eating and crying.” It takes a certain breed of loneliness, and a special author, to turn an apple into a tragedy.

The motor of Strange Weather is the slow love that builds between Tsukiko and Sensei. At a neighborhood bar, they run into each other after decades of absence. Maybe at another time they would have exchanged pleasantries and moved along. But they are both living in the same kind of underwater blue. They chat and find that their language is the same. They start to build an intimacy without schedule, running into each other at the bar, sharing meals and drinks, telling simple stories, laughing at their inconsistencies.

Relaying the plot of Strange Weather is like relaying the happenings of a gorgeous, lazy summer. You experience so much that feels magic and special, but when you detail it to a friend it sounds minute. There was the food you ate, long talks you had, weather and walks you enjoyed. So vibrant and honey-yellow in the moment, so devoid of juice in retelling.

This makes Strange Weather sound boring, which is misleading. Beyond two sequences that dip into the spiritual and the otherworldly, Strange Weather focuses on the pleasantness of finding someone who speaks as you speak, feels as you feel, and the fear and the anxiety of losing that person because humans, above all else, are most skilled at inflicting hurt on each other. There’s little gunpowder to the story, but that isn’t its aim. Its aim is to explore the joy and pain that surround sorrow, which it does with perfect tenderness.

Despite their quirks and oddities, the main characters are very much real people. The goal of all fiction is to infuse even the most fantastic characters with realism, but when I say real people here I mean they are average people. They are lovely and terrible, kind until they’re not, funny in idiosyncratic ways, ashamed of who they are and who they should be, and in constant stages of emotional flux.

They lack the vocabulary to speak how they feel. They quarrel to the point of separation over baseball. They get mired in social expectation—their difference in age should make romance impossible. They are choked by how abstract so much of feeling is, how cheap talk is, in the face of love.

Although they live on the outer rim of one of the biggest cities in the world, Tokyo, Tsukiko and Sensei live like actual people do. There’s none of the excess or the pandemonium of nightlife. Their delights are based on contentment: to go to the same bar, to eat the freshest food, to argue about customs, to drink sake until you feel silly. These gentle rituals, after all, are the foundation of all great loves.

At first, the writing seems almost rigid, but the purpose of the style soon reveals itself, perhaps the result of Kawakami’s long collaboration with the translator Powell. There are no petals on the prose, yet there are still moments of blossom.

Gentle is perhaps word the word that best sums up the writing in Strange Weather in Tokyo and the book itself. It’s no easy thing to be gentle, and a grave difficulty to make gentleness interesting. But Kawakami, the Tokyo-born author of seven novels and recipient of several literary awards, accomplishes this through consistency: her writing rarely wavers into the sentimental, and, in Allison Markin Powell’s translation, keeps the same kind of gorgeous bluntness sentence after sentence. The cumulative effect is a kind of swoon:

We soon switched to saké. I picked up the bottle of hot sake and filled Sensei’s cup. I felt a sudden rush of warmth in my body and felt the tears well up once again. But I didn’t cry. It’s always better to drink than to cry.

What is most amazing about the writing is the subtle way that Kawakami delivers gut punches like this by avoiding the prosaic. At first, the writing seems almost rigid, but the purpose of the style soon reveals itself, perhaps the result of Kawakami’s long collaboration with the translator Powell. There are no petals on the prose, yet there are still moments of blossom.

Like the writing, Tsukiko and Sensei’s stilted courting of each other is based in placid consistency, the inability to escape past pains, and the held breath of restraint. It’s refreshing to see love spring from something other than charisma. So many of our stories are about the excellent falling for the fabulous. This one is for the strange, the eccentric, the pained. How great a relief to read about people that are as damaged and afraid as you are, as the people all around you. How satisfying to watch them find love.

And so the truest accomplishment of Strange Weather in Tokyo, this funny little book about the ways isolation leaves us heart-scuffed, is that it achieves fiction’s noblest goal: in painting vividly the feelings of loneliness, it makes the reader feel less alone.

August Thompson has worked as an editor and writer since graduating from NYU in 2013.  When he’s not working on fiction or watching the Boston Celtics, you can usually find him at the movies.