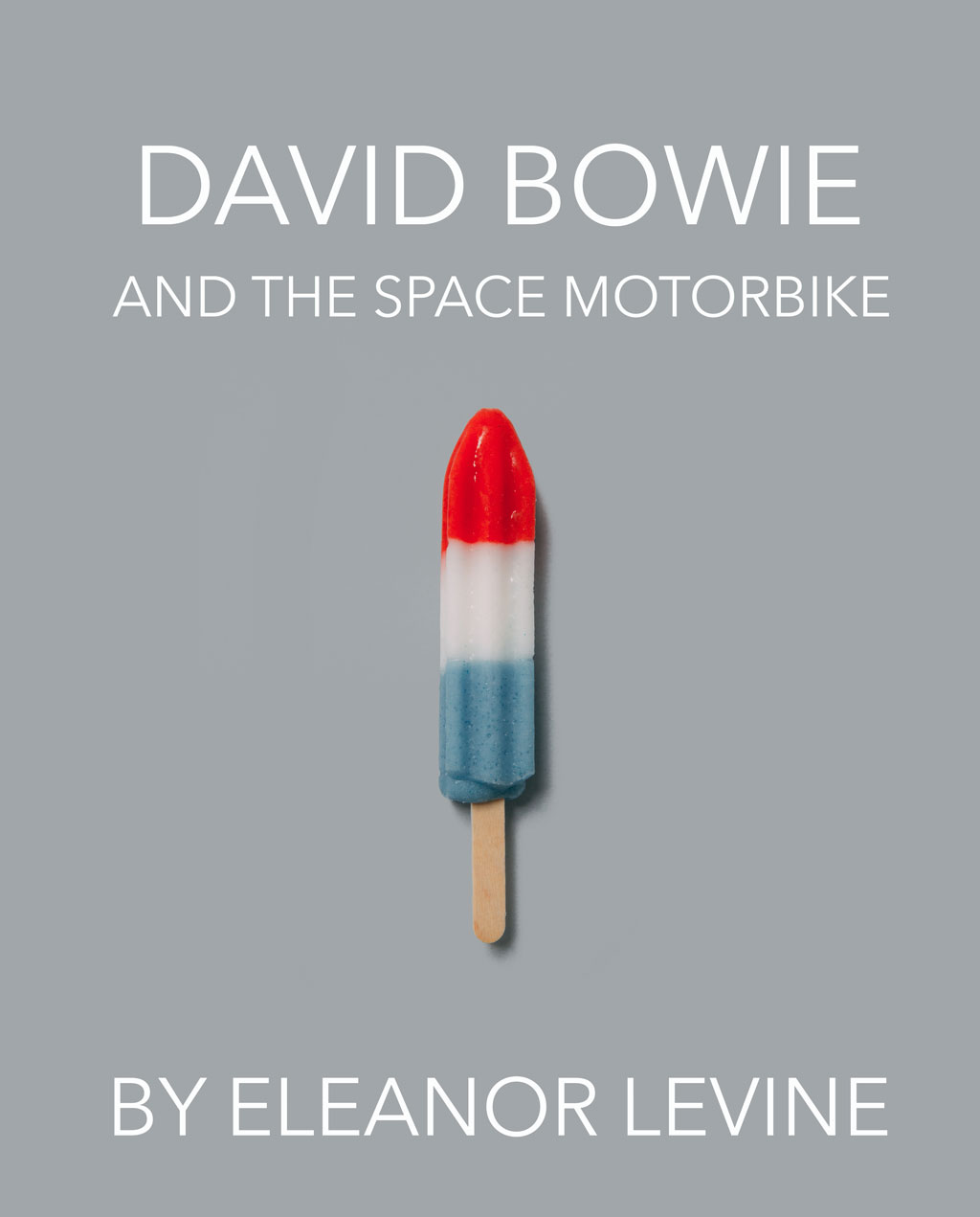 DAVID BOWIE AND THE SPACE MOTORBIKE
by Eleanor Levine

It has long been every female’s dream for a gay man to have sex with them.

The XY chromosome was an actress from Staten Island, which is where the ship—the motorbike space machine—eventually landed.

The actress and “the humper” both lived in David Bowie’s house, which is in Staten Island.

We congregated at Mr. Bowie’s mansion after the launch.

Some people mistook DB for David Lynch, but it was clearly Mr. Bowie.

The launched female, an actress Bowie met on an elementary school bus, had a crush on me.

It had long been her fantasy to do me.

She trailed me, one of her spectators, along the boardwalk in Staten Island.

I simply wanted to hang out on the boardwalk with my friend Ralph, who I’ve known since fifth grade.

However, this thespian traipsed after us until we stopped at a place that sold cherry cheesecake.

It was at that moment, when the cheesecake and cherries entered my mouth, with a black plastic fork, that she invited me to her apartment in Mr. Bowie’s house.

My friend Ralph agreed to follow us because most people who grew up in the 1970s—except me—have a deep fascination with Mr. Bowie.

I always wanted to smoke joints with girls and listen to LPs, but I was stuck with whatever music my brother had while I read Wuthering Heights. So it was me, Heathcliff, and Boston—the group.

I didn’t know a “Mr. Bowie” until, at the age of forty-nine, my girlfriend, who I knew in high school, told me she listened religiously to him.

Mr. Bowie is also enchanted with his fans, and places their postcards near the coal burning stove in his Staten Island residence.

He, like Mr. Warhol, wants to know other quirky people.

It is, however, a challenge for Mr. Bowie to become acquaintances with those, like me, who are not fervently devoted to him.

I accompanied the Staten Island starlet, soon thereafter, to her lodgings in the Bowie household.

I did not understand her concupiscence.

I had never met this chick, but there I was, in her bed, getting ready to let her kiss me, until she took out cocaine.

She offered me the white stuff.

Mr. Bowie came out to see what the fuss was about.

He saw my friend Ralph, who is blonde and skinny.

He immediately took Ralph to the Bowie bedroom. Though David is known to be mostly straight, he will dabble with a hot guy like Ralph who meets his needs for the evening.

Upon seeing the cocaine, I told the young lady, whom everyone knew on the elementary school bus, that I didn’t want to have any physical contact with her whatsoever, because I have been sober for 27 years, and didn’t need the nasal machinations of cocaine to embarrass me in front of thousands of AA members, some of whom were at the David Bowie post-launch party, and might not wish me the best sobriety.

She was coked up so it didn’t matter.

I went into the living room, where Mr. Bowie keeps his collection of postcards from fans.

I agreed with him that Ralph was a hottie.

Then he inquired about my talents, which I refused to divulge.

He seemed fairly dejected by his inability to consume me.

He insisted I let him know who I was.

I adamantly refused because I knew this would make me more enticing.

DB meandered around the house. He said nothing.

It was okay. Ralph and I held hands and returned to the boardwalk in Staten Island, and though the trains were delayed, we eventually caught one to Union Square and read the morning newspaper, where they declared Mr. Bowie’s launch a success. 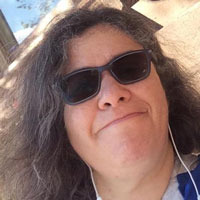