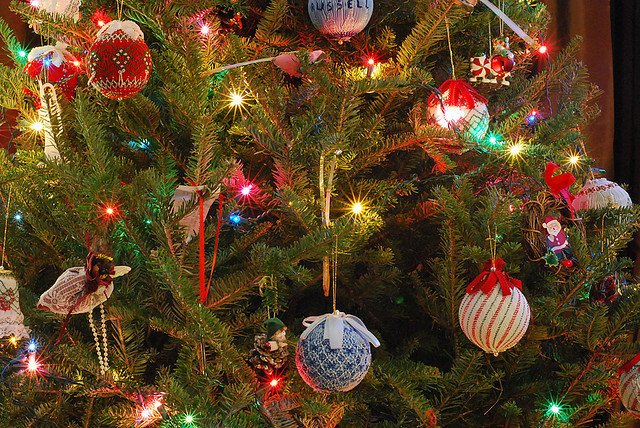 AFTER DINNER
by Katherine Heiny

After dinner, Maya steered the minivan through the icy streets to their own house, Rhodes silent next to her in the passenger seat, Nash fussing in a low-level but constant way.

When they got inside, Rhodes suddenly became drunkenly exuberant. “Merry Christmas, wife, child!” he said, hugging Maya and Nash at the same time.

Maya had been peeling Nash’s snowsuit off and now the baby and the snowsuit were caught between them. Nash made a startled noise of protest and Maya propped her free arm against the wall so they wouldn’t all topple over.

Rhodes kissed her, and then Nash. “This is the best Christmas ever,” he said.

Maya couldn’t decide whether she agreed or disagreed, so she just kissed him back. “Go to bed, honey,” she said. “I’ll be there in a little while.”

Rhodes staggered away toward the bedroom. Maya tugged Nash’s snowsuit off and threw it over a chair. Then she carried Nash into the kitchen. She tried to put him in his high chair but he clung to her like a barnacle.

She held him on her hip, and began making two bottles of formula, one for now, one for the middle of the night. Nash fussed and she hitched him up so his head could rest on her shoulder.

“Merry Christmas,” a voice said and Maya spun around.

“You startled me,” she said to Mouse McGrath, who stood in the doorway. He’d been passed out on their couch that morning and Maya had covered him with Christmas tablecloth so he wouldn’t be visible in the photos of Nash unwrapping presents. The tablecloth was still over his shoulders.

“Sorry.” He wiped his nose with his sleeve. “I woke up when you came in.”

“How do you feel?” Maya asked.

“Not so hot,” Mouse said, and Maya smiled at the understatement.

“Help yourself, they’re in the fridge,” Maya said.

Mouse got a beer and sat at the kitchen table with it while Maya put the tops on the bottles, crooning softly to Nash and patting his back.

Mouse took a drink of his beer. “So is Christmas over?” he asked suddenly.

How long did he think he’d been sleeping? “Pretty much,” she said. “It’s after nine p.m.”

“Good.” Mouse nodded. “I don’t like Christmas.” He paused. “Stressful.”

“I think everyone finds it stressful,” Maya said.

“Yeah, well.” He took another drink. “I’m happy it’s over and done for another year.”

“Me, too,” Maya said, and realized she meant it. “Would you like something to eat, Mouse?”

“Could I have a grilled cheese sandwich?” he asked.

She was a little startled by the specificity of the request but that was easy enough, and she’d made them one-handed before. She got the butter and cheese out of the refrigerator.
“Kevin,” Mouse said suddenly.

For a moment, Maya didn’t know whether he was calling her Kevin or asking if Nash’s name was Kevin or speaking to someone over her shoulder.

“My name is Kevin,” Mouse clarified. “Not Mouse.”

Mouse shrugged. “It’s what I get for hanging out with people from high school.”

Maya put a frying pan on the stove and began melting the butter. She got the bread out of the cupboard.

“You don’t hang out with your friends from high school,” Mouse (sorry, Kevin) said.

“Well, no,” Maya said. “But I went to high school in California. None of my friends are here.” This was the first actual conversation she’d ever had with Mouse and she was beginning to think all the hours Mouse and Rhodes had spent smoking pot in the janitor’s closet might have had some long-term effects.

“Oh, true,” Mouse said. (It seemed impossible that she would ever think of him as Kevin.)

There was a moment of silence and then Mouse said, “What’s a conundrum?”

“Oh.” Mouse frowned. “Well, basically, it sounds to me like you don’t trust anyone who can’t hold a grudge for fifteen years.”

Maya was strangely pleased by this summation. “I think that’s exactly right,” she said.

“Rhodes isn’t like that, though,” Mouse said and Maya thought he was right about that too.

She thought there were people like Mouse, who trailed high school around forever like pieces of toilet paper stuck to their shoes, and people like her, who cut themselves away from high school as cleanly as you’d cut a slice from a block of cheese (here she remembered to flip Mouse’s sandwich) and then there were people liked Rhodes, who were so integrated, so at ease with themselves, that high school was just part of who they were. He could go back there without risking getting stuck. And lucky Maya, she was married to Rhodes.

Nash fell asleep on Maya’s shoulder. She felt him go all at once, his body relaxing against her. It was like holding a puddle of baby. Maya kissed the top of his head.

Mouse finished his beer and got another one without asking. In the living room, the lights from the tree, which Maya now realized they’d forgotten to turn off this morning, twinkled in gently rotating prisms of green and red and blue. Nash’s neck smelled like milk. The butter sizzled in the pan. Maya stood at the stove, unfathomably happy. This was her life, and she was living it. 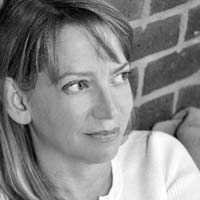 Katherine Heiny has published stories in The New Yorker, The Atlantic Monthly, Glimmer Train, Ploughshares, Seventeen, and many other publications, presented on Selected Shorts on NPR, and performed off-Broadway. Her short story collection, Single, Carefree, Mellow will be published by Knopf in 2015. She lives in Washington D.C. with her husband and two children.