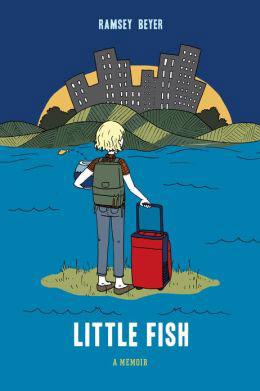 LITTLE FISH: A MEMOIR OF A DIFFERENT KIND OF YEAR
by Ramsey Beyer
Zest Books, 272 pages

It’s a familiar notion, the sense of being a little fish in a big pond. This awareness may arrive at an early age for some, while running inexplicably late for others. But for eighteen-year-old Ramsey Beyer, a lover of lists, lakes, and bonfires, this epiphany arrives with a traditional right-of-passage: the start of college. Beyer, now ten years beyond this awakening, chronicles her transition from Midwest high school senior to city-savvy first year art student in her debut memoir, Little Fish: A Memoir of a Different Kind of Year. Like many pre-undergrads, she precariously balances on the teeter-totter of change and consistency that comes with college acceptances, graduation, and the unstoppable arrival of the first autumn away from home. Beyer demonstrates maturity and insight when constructing a list of what her home environment lacks and what the prospect of life in a more populated setting might bring, highlighting both the positive and negative possibilities. After one final evening together with her “oldest and best friends,” the author even wonders while on the edge of slumber whether a part of her might actually like being Midwestern. But the thought is fleeting as she and her mother embark the next morning on a 600-mile journey from Paw Paw, Michigan to Baltimore, Maryland. The learning curve is steep, as any former collegiate will recall, and Beyer doesn’t shy away from noting even the smallest of challenges. 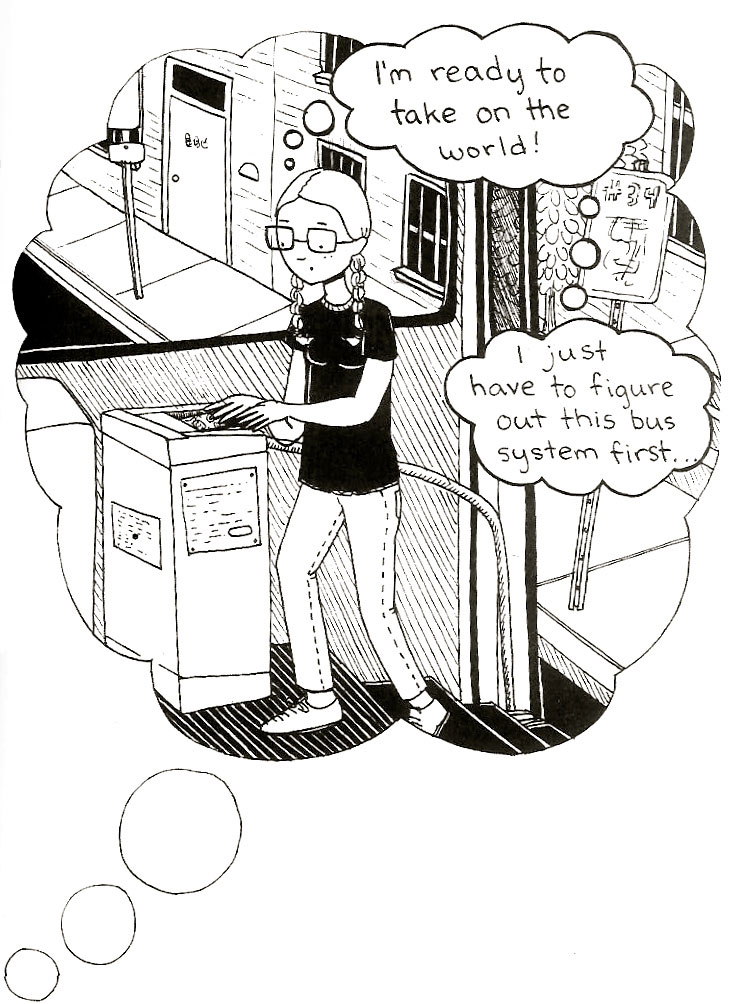 While the first few weeks present obstacles that range from completing two weekly six-hour classes to learning and debating the differences between direct and passive political action, Beyer successfully settles into the new pace of her life as “a little fish in a big pond for the first time ever.” We share in alternating monumental and miniscule moments, which she artistically weaves throughout her black and white narrative while painting a complete account of this yearlong rite of passage. Surrounded by a buffet of like-minded, artistic individuals, Beyer firmly grasps the identity of her twin golden braids, which she has worn daily since middle school, and flirts sporadically with the idea of loping them off in exchange for a shorter ’do. Her growth appears largely internal, as she celebrates small events like the challenge of peer critiques and the expansion of her new friend group. She is not immune to homesickness, however, and often ponders the wellness and whereabouts of her Michigan friends as she anticipates their correspondences. 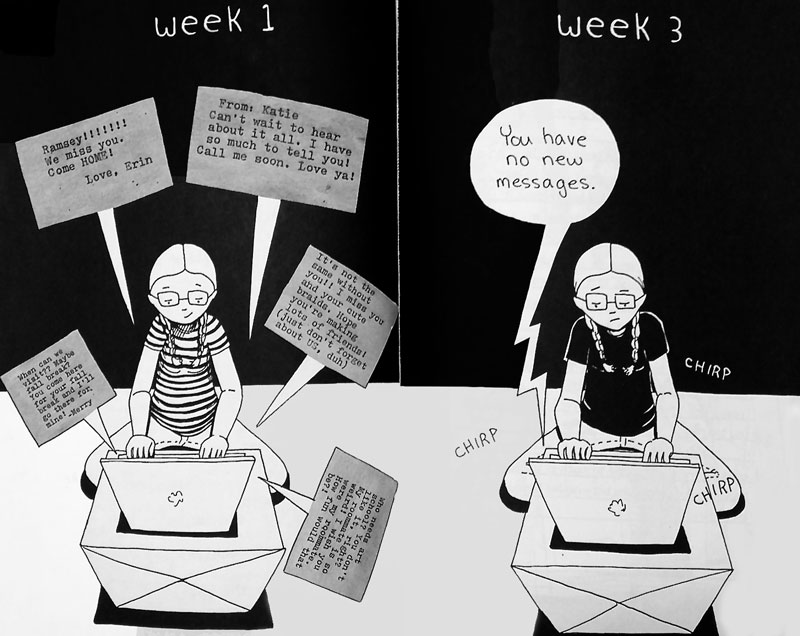 Beyer is quietly rebellious and leads an enviably creative life sprinkled with solitary wanderings around Baltimore’s inner harbor, a growing presence in the city’s punk scene, and her first relationship. She is ever optimistic but immensely grounded, remaining rooted in her identity while still receptive to change.

Little Fish is sprinkled with lists, many of them copied from Beyer’s first zine—“a cut-and-paste independent magazine that is filled with whatever you want,” explains the author. Oftentimes Beyer’s lists are presented in tandem with graphics and highlight the contrasting norms of the past with changes occurring within the present. These creative catalogs read like poetry and cover a range of both serious and silly topics, from “recent best feelings ever” to a deeply honest look at personal downfalls. 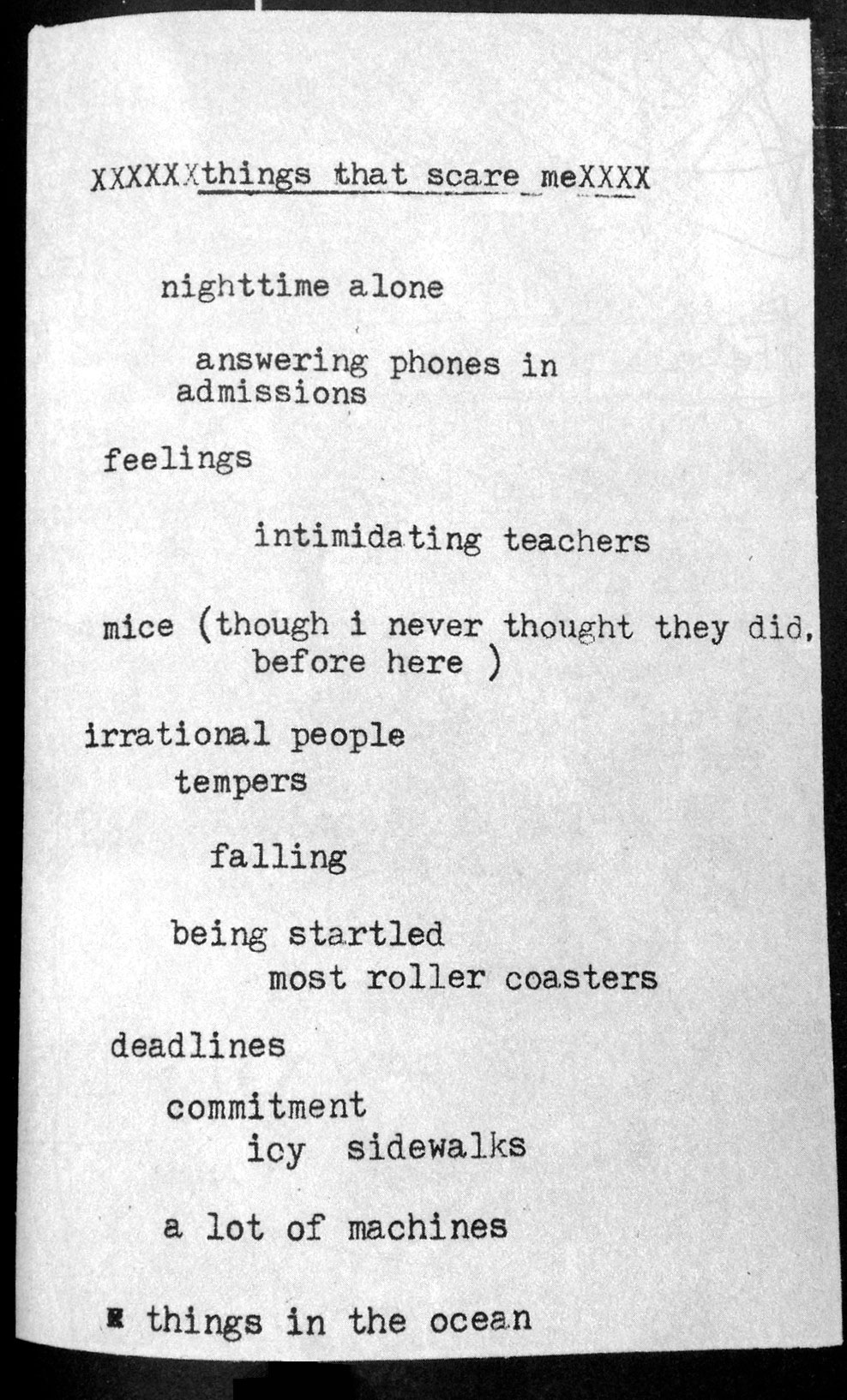 Also included as textual components are Beyer’s journal entries, which detail her demanding schedule, desire to return to her friends back in Paw Paw, and humble appreciation for the luck that she has experienced in life thus far. It is clear that she appreciates her parents and brothers, whom we are introduced to at the commencement of her memoir through a pen-and-ink annotated photo album. “I’m so lucky to have such a good home life and such a good school life,” Beyer writes while flying back to school after a one-week autumnal recess. “I wish everyone did. It’s weird how the instant I step off the plane, I’ll be in a totally different universe/mind-set/routine.”

Perhaps one of the most poignant themes of Little Fish is the initial recognition of being a stranger in a once-familiar locale: for Beyer, this knowledge comes during the aforementioned trip home during a break from classes. During this time, Beyer checks off the majority of items from a to-do list and pens her thoughts on both the good and bizarre aspects of returning to Paw Paw.  Being that this is her first experience living away from her life-long home, she experiences epiphanies of magnetic proportion, such as recognizing the presence of sexist and racist language utilized by those in her hometown and the varying levels of freedom that come from living in a city versus a rural setting.

Beyer checks in with the reader and lets us into her psyche through the constant presence of thought bubbles, which appear in a variety of social situations. She thinks for the everyman, whether by recalling her desire to eat one of the donuts in a somewhat outlandishly peculiar student art project or by asking her solitary questions regarding changes in her friend group as the academic year concludes. 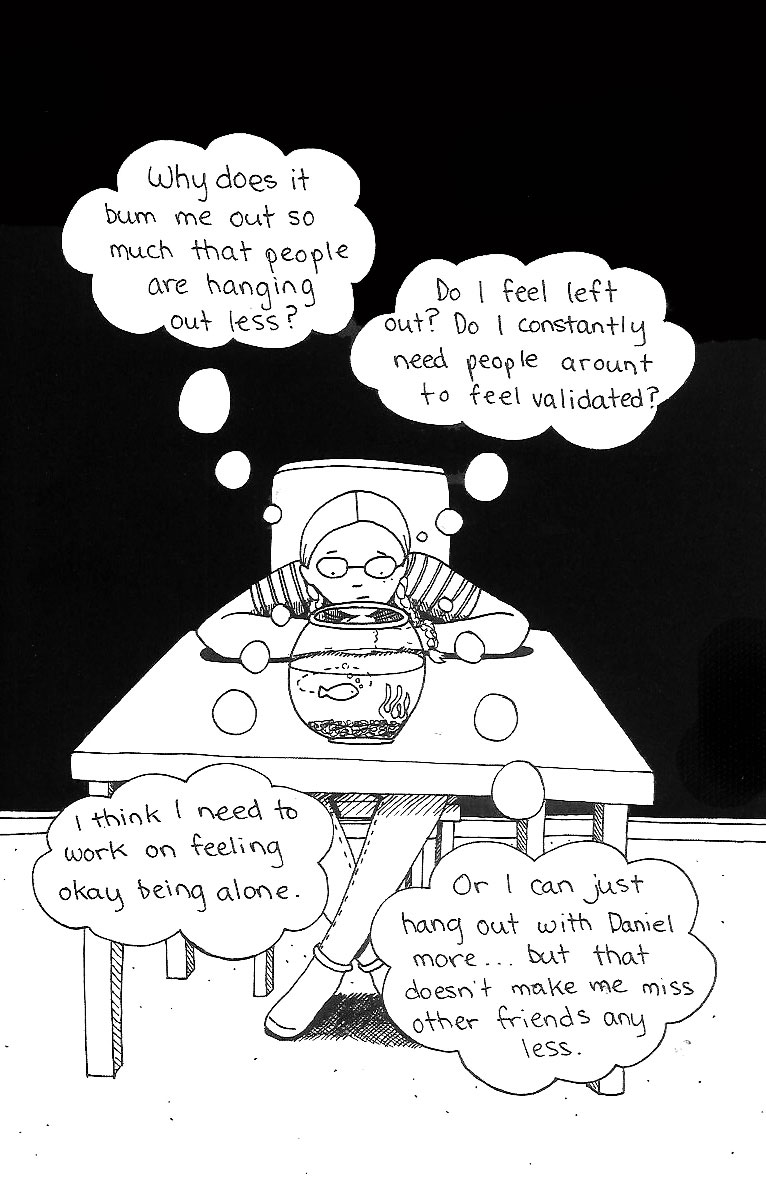 We are left upon the conclusion of Little Fish with illustrations of the items left in Beyer’s shared apartment, an insightful list of what she hopes to learn in the next year, and well-placed anticipation for the next chapter. While the story closes with the completion of the young artist’s first year of college (and the potential modification of hair length), readers may continue devouring her present adventures online through comics, zines, and photographs at EverydayPants.com. 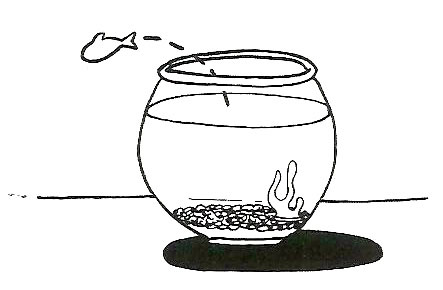