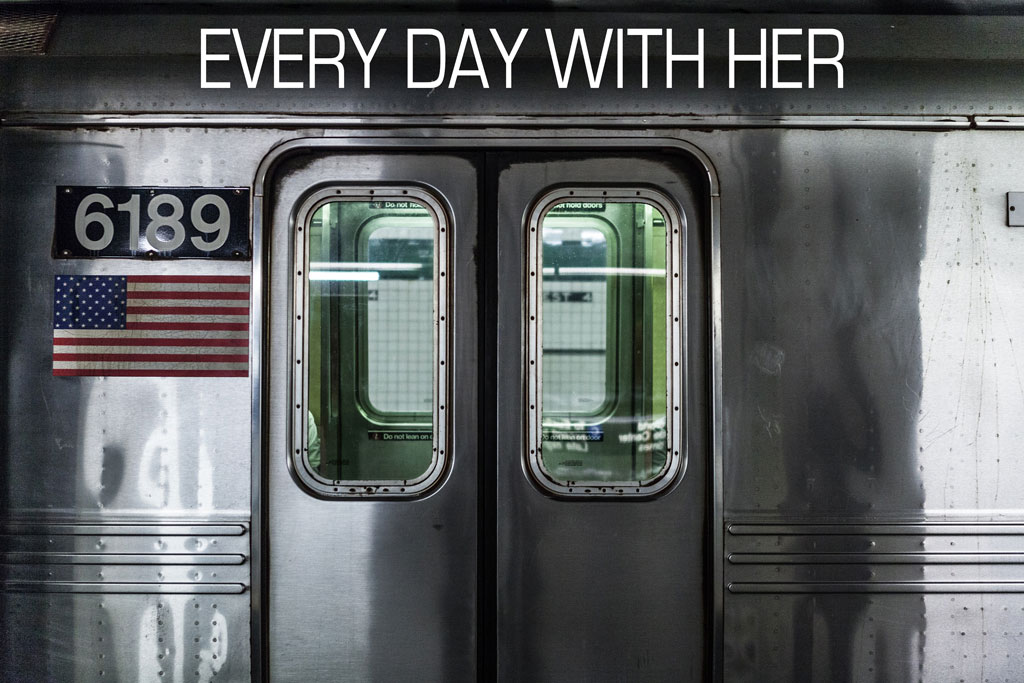 EVERY DAY WITH HER (NEW YORK CITY, 1982)
by Michael Backus

Speed-free for two days now and stuck waiting on the 116th Street A train southbound platform with a hard two-train hour down to my job at the Gansevoort Meatpacking District, I have this packet I got at the bodega at 113th and Broadway, this over-the-counter Ephedrine bullshit in its bright blue waterproof packaging, and this is what I’m reduced to, trying to pound two little pills to dust without splitting the plastic, using my fist against the greasy wooden subway bench, and though there are five or six other people waiting, no one is going to say anything to me, not at 3:00 a.m. at 116th Street—maybe not anytime—and finally I have it powdered but nothing to snort with, not even a single dollar bill; just a pocketful of tokens supplied by my girlfriend Kiley the way a parent might pin a child’s lunch money to his coat along with a note, I have to lean my head back and pour half down each nostril, snorting as hard as I can, and it’s worse than speed, the burning and the small sharp shards that didn’t pound cutting into my nose and soon I have another nosebleed going and the train still hasn’t come and after this there’s another switch at Columbus and another wait, then ten hours of hard work and the whole thing in reverse and it has got to be the worst but given all this, it’s still better than staying home, waking up to her and all that goes with her.

“Hey you,” I yell at a man in a suit who’s picking his nose, talking to himself in that way people do here, and his suit looks clean enough for most offices, but when he turns, he’s got a fresh gash under his eye and he’s bled all over his tie and white shirt. “You!” I say again, with no clear reason why. This is not how people act in this city, this is not me but I feel cut loose down here. Adrift. I understand what it is that drives people to write books and films set in some grubby future where the whole human race is reduced to living in the remnants of a city’s transit system. It’s the same thing that used to move me to pray every night for some overwhelming catastrophe, something close to the end of the world, because I knew that was the one place Kiley and I could be together, free from all the petty bullshit that got in the way, a new world—our world—where the only worry was survival and the only joy each other. For six months I prayed, my brain spinning, my teeth ground to stubs, until she came back but back changed somehow, like a familiar room in which all the furniture and all the pictures on the wall have been mysteriously moved a few inches to the left, just enough to put the thought in your head.

“You know what I hate about you,” she says, and I can sense her special brand of foreplay coming. “The way you look at the shit on the paper when you wipe your ass. I hate that.”

“What!” I say. “What?” In response, she buries her teeth deeper into my neck drawing blood, and I push her legs so far above her that her head and heels bang against the wall at the same time, so hard we both forget everything but the doing and the coming release. In that instant, I understand the serial killer who talks about the voices stopping for one long exquisite moment as he rips the life out of some poor creature. I think she does, too. 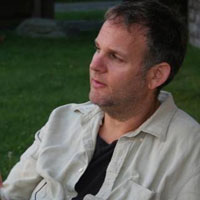 Michael Backus’s fiction and nonfiction have appeared in Digging Through the Fat, Okey Panky, One Story, Exquisite Corpse, Prime Number Magazine, Hanging Loose, The Writer, and The Sycamore Review, among others. His short story “Coney on the Moon” is slated for publication in an upcoming Redbird chapbook. Xynobooks published his novel, Double, in 2012, and he’s currently shopping a book-length memoir about tossing meat in New York City’s meatpacking district in the early ’80s. He teaches creative writing for Gotham Writer’s Workshop and Zoetrope: All-Story magazine and lives in Albuquerque, NM.

THE TOWNSPEOPLE by Emily Livingstone