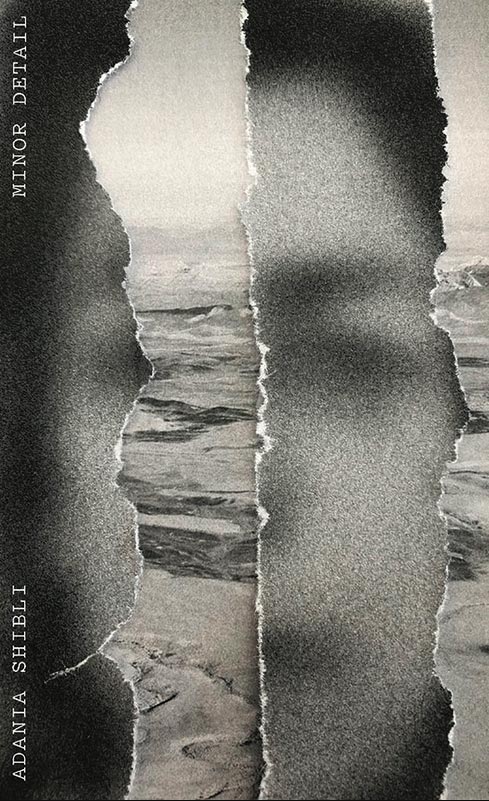 Tables need at least three legs to stand; guitar strings only ring when taut around two points. Minor Detail, Adania Shibli’s third novel, takes its title as a challenge: how much can hinge upon one moment? How can a single moment of pain bridge the past to the present?

Shibli, a novelist and academic, is one of the few contemporary chroniclers of the West Bank. Her writing is concise. All of her novels fall under two hundred pages, all of her sentences are pared down to the bare minimum. In describing her new novel, Shibli said that her writing philosophy boils down to, “what is written, and what should never be written.” Her careful narration is more than the iceberg strategy of implying a story beneath the surface. Instead, Shibli’s writing is in tension with what it cannot say. Information is cut out not because it’s useless, but because, like the sun, it’s too painful to look at directly.

The novel is split into two nearly equal parts that mirror and distort each other. It begins in 1949 in the Negev Desert. Israel has just gained independence, but their military presence lingers, leaving an Israeli officer and his unit to comb the desert looking for anyone who can be deemed suspicious. The officer has no name or features. He’s given only enough detail to suggest a form from his outline. He is one man and he is fifty men, each more hostile than the last. Shibli’s narration puts him on a leash and scrutinizes his every move. After he’s brutally bitten by a vague “creature,” he sets out to kill every spider in his path. Was it a spider that gave him his wound? Probably not, but he can’t bring himself to heal without inflicting pain somewhere. It becomes a part of his routine. He lives, he eats, he breathes, he hates. 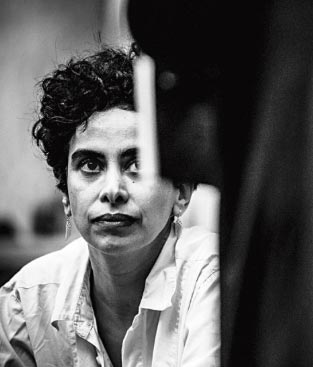 The officer’s penchant for hate becomes the fulcrum that pivots to the second act. Under the officer’s hand, the soldiers find a Bedouin camp, kill the inhabitants, and torture a young girl. Routine hate. So routine that, in the present day, a young woman is intrigued by the event because of, “the date it occurred, perhaps because there was nothing particularly unusual about the main details.” Enter a new, nameless representative: a Ramallah woman who pays more attention to outlines than the bodies that fill them. As she investigates this murder, pieces of 1949 (the desert, the officers, the spiders) bleed through time into her life. Her obsession with minor details from the past blind her from properly seeing the present. She travels from Palestine deep into Israel, retracing the Bedouin girl’s path, retracing her history, but never approaching an opportunity to rewrite it.

The officer’s penchant for hate becomes the fulcrum that pivots to the second act. Under the officer’s hand, the soldiers find a Bedouin camp, kill the inhabitants, and torture a young girl. Routine hate.

It’s from this repetition, this historical déjà vu, that emerges Shibli’s narrative control. The novel’s halves are linear in themselves, but their entanglement prevents them from ever being distinct. Time vacillates between the past and the present. Just as the events of the past shape the present, experiences from the present shape how we interrogate the past. A lot has changed since 1949. By land area, Palestine is a small fraction of what it used to be. But, as Shibli reminds us, the people are still there, and they are far from minor. The nations have changed shape, but the terms of war have remained the same. With them, the experiences, casualties, and memories of war continue into the present. Shibli demands that they be heard, because the present can never improve without reconciling the past.

William Faulkner wrote, “The past is never dead! Actually, it’s not even past.” No novel exemplifies this maxim better than Minor Detail.

William Faulkner wrote, “The past is never dead! Actually, it’s not even past.” No novel exemplifies this maxim better than Minor Detail. It’s rare that a novel so subtle in its construction and sparse in its prose can cut so deeply. Shibli warps time, collapsing the past and present, to depict a Palestine that has learned to live with wartime atrocities, “in everyday life.” In the novel’s present-day half, war lives as an unwelcome, unhealthy, and unyielding presence. Like polluted water, it can be easy to ignore if you’re not the one who has to drink it. Shibli’s novel is an order to look, listen, and taste for yourself.

Dylan Cook is a student at the University of Pennsylvania where he studies English, with a concentration in creative writing, and Biology. He often reads and writes, and when he’s not doing either of these things, he can be found working in a lab, lost in the woods somewhere, or at [email protected]