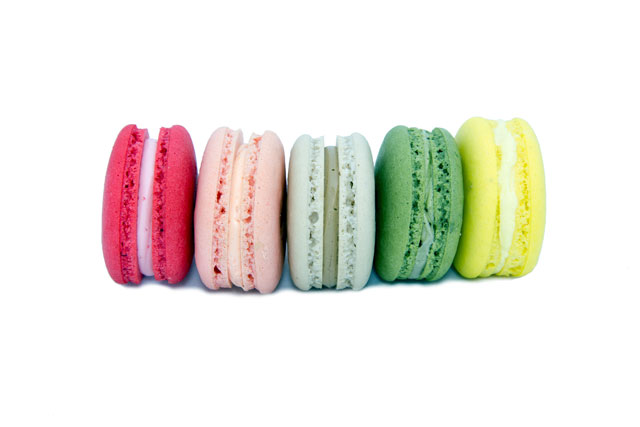 We were in the Clotted Cow when we got the call.

“I found four thermometers, but they’re all rectal,” Dad shouted over the phone.

“Rectal?” I asked, as I licked buttercream frosting off my fingers. “What do you mean rectal?”

Jim and I were in Toronto for our twenty-fifth wedding anniversary. We’d come to attend the annual TIFF Film Festival. The plan was to watch a lot of movies, balk at how skinny the actresses were at the premieres, eat five-pound lobsters at the oldest restaurant in the city, get drunk on Canadian beer, and, when the occasion presented itself, gorge ourselves at the bakeries. The rule on bakeries was—you passed one on the sidewalk, you went  in. On the way to a film? You went in on your way back. If it was closed, you wrote down the address, high-tailed it to the nearest bar, and returned the next morning. This was how it was going down.

But now the 13-year-old had a fever back in Chicago.

“I can’t find the junior Tylenol either,” Dad barked.

“Zack doesn’t take junior Tylenol, Dad. He’s a hundred and thirty pounds. He gets the regular stuff,” I explained, looking up as a bakery staff member slipped a new tray of macarons into the display case. Before I could even poke him, Jim was on it. His chair screeched against the tile floor as he bolted back in line.

I could smell the macarons through the glass display case. They weren’t all the same. There was a mind-numbing variety of wafers and filling – chocolate, pistachio, cream, butterscotch, rose….

“All you’ve got in your medicine cabinet is acetaminophen and something called Calcium,” shouted Dad.

“Acetaminophen is Tylenol,” I explained. I don’t know what happened after that. I mean I think I blacked out from happiness. Or something. When I came to, I was in a dark theater with my pants unbuttoned. Robert Redford stared back at me from the screen. The credits rolled. I checked my phone once we were back outside. I had 136 text messages from Dad. So I did what any self-respecting adult would do – I read the last one, which ended with a winking face emoticon. I was pretty sure everything had turned out O.K.

“Macarons,” I said, as we walked in the dimming light down King Street.

“Macarons,” Jim answered. We didn’t even have to look at each other. We just knew.

Shannon Sweetnam is a Chicago-based fiction writer whose work has appeared most recently in terrain.org, Crab Orchard Review and Georgetown Review. She was a finalist for both the 2012 and 2013 SLS Summer Literary Seminars, finalist for AROHO’s 2013 Orlando Prize for Short Fiction, finalist for the 2013 David Nathan Meyerson Fiction Prize, semi-finalist for the 2012 Katherine Anne Porter Prize for Fiction, winner of the 2010 Jack Dyer Fiction Prize, and recipient of an Illinois Arts Council grant. She currently works as a writer at Oakton Community College in Des Plaines. Her story “Mirabel River Girl, Champion Speller” appeared in Issue 5 of Cleaver.