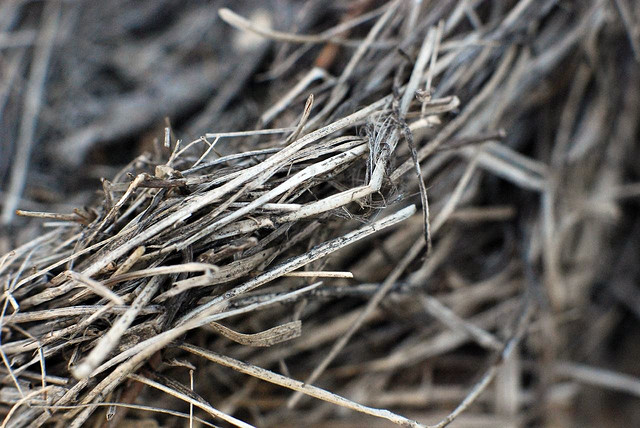 For this, I use my grandfather’s axe. Pull it carefully from behind the dead cat’s carrier in the garage, where it rests dusty and dull, subdued by seasons more or less come and gone. More because fifteen winters is a long time for a dormant blade—idle through fifteen springs and summers followed by fifteen hopeful falls glimmering with red-gold readiness. Less because it is only my bony fingers that inexpertly grip the heavy wooden handle ready to hack the camellias crowding the far corner of my backyard.

Mine is a small job. I have hated these trees for years. Still—some warning would have been nice. A short note typed by my sensible grandmother, attached by thick garden twine to the long handled axe, stating: to clear is not to clean. Maybe then my breath would not have stuttered when two lops revealed a fibrous system pink and raw as my own. Fleshy and hot. Intricate. Purposeful. Ambivalent but alive. Gleaming in the exposure of harsh afternoon light: the tender wreckage of life hidden beneath tough bark.

There are some things people will never tell you.

For instance, had my grandfather told me the first mark is always the most accurate I would have known that although the second and third hit close, it is only the consistent swinging that breaks the branches and brings the tree down. Had he said:  you have to keep at it. You have to hoist and heave. Cleave. Gear yourself to twist and pull, break and shake. Press your full weight against the trunk and kick a little. Scratch more than the surface.  It hurts.

Then there is the digging. Because if you are clearing, you have to get it all.  Hew, chop, lop; exhume, hollow, stop. Lift the roots, clinging firm to life in the dirt—eager as fingers to keep hold. Relieve the circular center from its tangled tributaries. It doesn’t want to leave.

The heart is the hardest part. It knows.

Knows even before I find the nest—hidden in the cluster of shady branches in the next downed tree. Knows I have no way to test its working or abandoned status: far flung families flown elsewhere or diligent mother out collecting threads, pulling dolls’ hair from the wispy wind?  I carry the nest down to show my daughters. The youngest one wants to touch—she still sees everything with her hands first: the soft, downy interior; the knitted twigs; the eggless center. 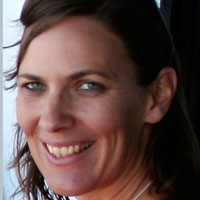 Lisa Piazza lives in Oakland, California with her two daughters and two cats.  She teaches writing to young people in the Bay Area.  Her fiction has appeared in Brain, Child, Switchback, Prime Number Magazine, and LiteraryMama, among others. Her flash piece “Everyone Means So Well” appears in Issue 13 of Cleaver.