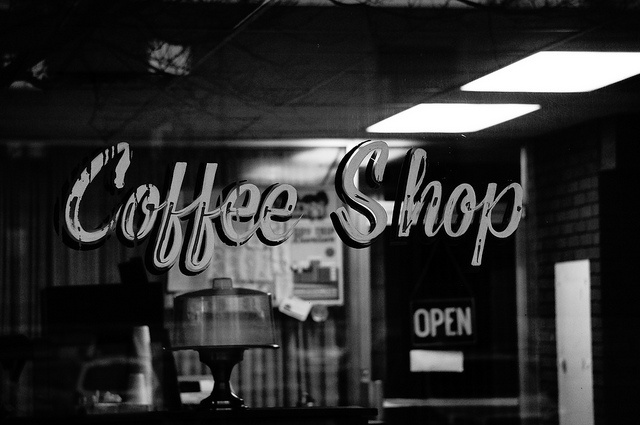 The streets smell like fried dough and there’s the carnival sound of an outdoor mic, a tinny crackle that makes him think of Little League games and awards day at summer camp. It sounds like the end of summer. The locals are celebrating something, the patron saint of clam cakes. They’re selling raffle tickets, but he’s not buying chances. The sky is dark blue, but he’s not watching the sky. The café door is open, inviting him to a darker world of scratched wooden floors and mismatched tables and hard metal chairs: the world of Latte Girl, whose sweet smile is only for the locals, whose cups she graces with sailboats and dragonflies and long-eared dogs, while his foam never holds more than an indifferent swirl. There’s a line—there’s always a line—but he doesn’t mind. He likes to watch her tamp and pull; he likes that everything is done by hand on one old espresso machine; he likes that they are her hands, small and plump, still childish, with chipped black polish on her short fingernails. As often as he tries to touch those hands, she pulls back. Leaves the change on the counter, slides the coffee card across. But today it’s the end of August, his coffee card is full, and when she punches his last hole Latte Girl will know he’s no tourist; he’s here for the long haul. 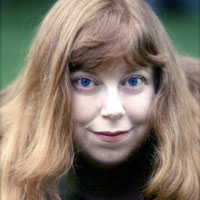 Kathryn Kulpa was born in Providence, Rhode Island, like H. P. Lovecraft. She is a fiction writer, writing teacher, and editor of Newport Review. Her short story collection Pleasant Drugs received the Mid-List Press First Series Award for short fiction, and her stories have appeared in Thumbnail, Monkeybicycle, Northville Review, Metazen, Florida Review and other journals.