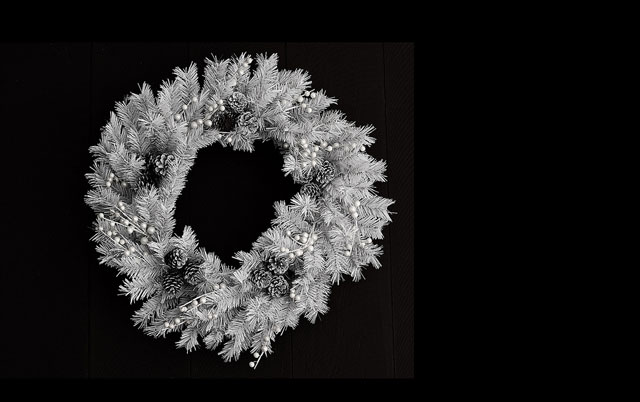 A FUNERAL ON THE COMPUTER
by Michael Chaney

She didn’t know how to tell her aging mother how they were doing it, James and his friends from the team. They were in the living room, snickering in their jerseys, going to that boy’s funeral—digitally. She was in the kitchen at a table with her mother and she knew she wouldn’t be able to convey to her the quadratic equation of the crash trajectory of a car in chrome and plastic, nor would she ace the quiz on tree ecology about the way the chemical composition of bark repels beer swilling at 75 mph per square newtons of peer pressure per square Hyundai. At that rate, every pine is a Puritan, mad at machines and men and sometimes even cherubic goalies who whisper their prayers into push-ups every night and dream of one day visiting the Pacific Ocean. She didn’t know how to tell her mother why the boys had gone quiet in the other room, so that all you could hear was the periodic static of the waves, and how it probably started, the funeral they were at on the computer, the one they couldn’t afford to fly to in person. It had been her idea to line them up in the living room, adjusting the angle of the screen and arranging the shorter ones as sardines on knees, while taller ones wearing jerseys over clip-on ties stood ten-hut in the back. Her mother asked for the seventh time, Who died? It was then that she saw more than tragedy in it, glimpsing a place she could start from: here, with her mother, where she didn’t have to consider the high school junior from the team James looked up to. The boy who dreamed of an ocean he’d never see. For her mother, she’d give a better story. The person who died was a very wicked man. He’s the one who did all the bad things. He wore the hood and swung the blade. It was him who bullied and stalked and left suspicious black bags. He had that flu, leaked those files, wired their drones, gave her the pills. And he was dead and no riddance had ever been better. But she only told her aging mother again that it was the boy from James’s team. Her mother shook her head No. Hair strands from the white nest on her head came loose as the older woman turreted her head, No. Organ music. A march came from the living room. Her mother hadn’t looked so clear-eyed in years, as the boys’ faint sniffling took a few panicky turns back to laughter before breaking into a house of unrestrained crying. Her mother began telling her, just before that happened, about a gaudily baubled wreath painted white that had been tied to a tree outside the old house. How she hated it, she said. Glittery little bows everywhere. Who could stand it? 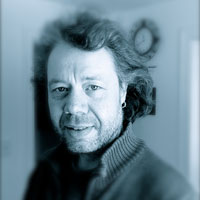 Michael Chaney is an academic, an artist, a writer, and a dog walker. He lives in Vermont and works in New Hampshire and the transgressions only start there. Others pyrne in the gyres they got over at places like SmokeLong Quarterly, The Adroit Journal, JMWW, and The Citron Review. Get even abstruser with him at michaelalexanderchaney.com