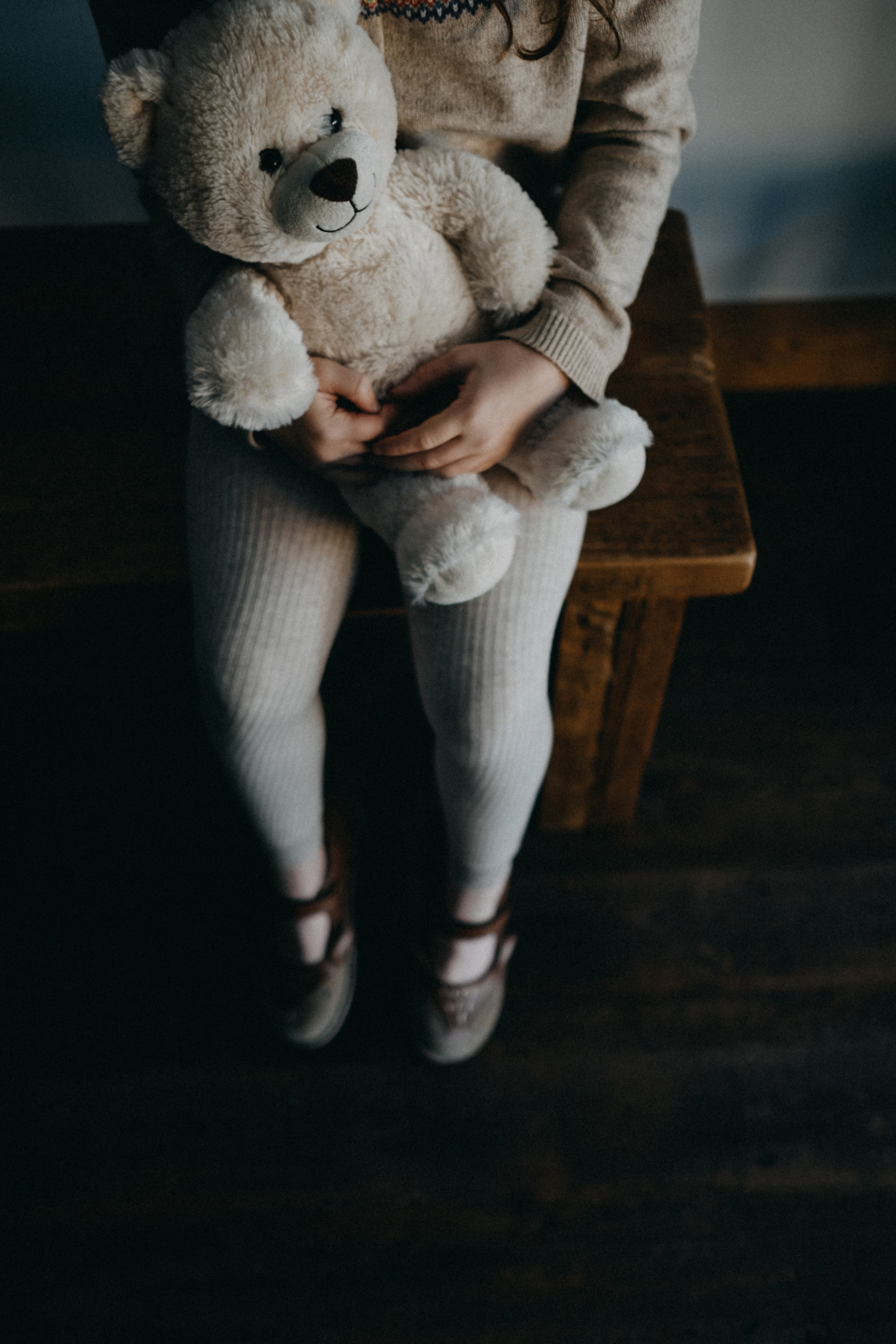 If there was a fly on the wall right now, my eyes would be following it. As there isn’t, I resign myself to banging my feet against the chair leg and watching my pencil roll across the table before I reach out and stop it with a finger.

Then again—roll, and then stop.

And again—roll, and then stop.

I look at my dad. There’s a map of the Korean Peninsula. Goguryeo, Silla, Baekjae. It all seems like a long, long time ago.

I rest my hand in my chin, pencil sitting still in front of me now as I listen to him lecture about some kings or emperors.

“Oh,” I say, sitting up when I remember something. “Is this when the guy in the historical drama put on a blindfold and then shot a bunch of arrows and he threw them into the ground and it looked really cool and then he got them all really accurate?”

My sister snickers. My dad smiles. He looks stressed.

“Kind of, yes. Now pay attention, there were a lot of kings. When I was in fourth grade, we had to memorize all of them—”

I wish there were a fly on the wall.

We don’t get past the 6th century before the at-home Korean History lessons stop.

I sit on the couch, leaning forward until I’m almost falling into the television screen. The boar that rolls up in front of my eyes is gross and terrifying as it chases the protagonist through the woods. Some words are spoken, and letters flash across the bottom of the screen, too fast to follow.

“Mommy!” I shout, turning back to look at her where she’s standing in the kitchen. “Hurry up and read the subtitles for me!”

With a sigh, she wipes her hands on a towel. “Jisoo, you read the subtitles for your sister for a little bit while I finish up.”

“No, I can’t read that fast,” she complains, sitting back on the couch. “Just read it yourself.”

“But I can’t read Korean,” I whine. The characters are saying things to each other, but my eyes can only drink in the greens of the painted grass and the blues of the sky for clues.

The colors are nice, though, and the boy is cute.

Eventually, my mom comes and reads the subtitles for me through the rest of the whole movie. I still miss the first ten minutes.

It doesn’t stop me from claiming it as my favorite movie.

It’s always hot in Korea. But maybe that’s because we only ever visit in the summer. I don’t like visiting my mom’s family because Masan Grandpa (Grandpa who lives in Masan, my mother’s hometown) always pinches my nose really hard and I can feel my boogers crush against the sensitive skin inside and then he shakes it and says some stuff I can’t really understand and it smells like cigarette smoke.

I like visiting Busan Grandma (Grandma who lives in Busan, my dad’s hometown). She smokes, too, but she never pinches my nose and doesn’t smell very bad. She cooks really well, and she has a cat, sometimes, and if I walk down to the corner store with somebody older than me I can get one of the ice cream cones where you rip the paper as you unwrap it, layer by layer, and the radio will always be playing that pop song that gets stuck in my head but I can never remember.

Sometimes, there are comic books.

Busan Grandpa doesn’t exist. Sometimes I wonder if he ever has. Usually, I forget that he’s supposed to.

This year when we visit Busan Grandma, she isn’t at her apartment.

This is nice, because it means I can keep Teddy Bear all to myself. My sister got a bear, and I got a bear, but for some reason, Busan Grandma kept my bear but not my sister’s, which so totally isn’t fair. I forget about Teddy Bear every time until we visit again, but when I do remember it’s not very fair. Busan Grandma says it keeps her company and reminds her of me, but I don’t need that, I just want my bear, and it’s dumb that she keeps mine instead of my sister’s when she could keep my sister’s instead.

We visit Busan Grandma in a hospital, and she comes out in a wheelchair and gives me and my sister each a brand new bill (and it’s new, new, because apparently the government only decided to start printing the 50,000 won note in June this year, which makes my dad mad because she shouldn’t have been going to the bank when she should be in the hospital). It’s bright yellow and has a picture of an old lady on it, who looks a lot like Busan Grandma.

Maybe it is Busan Grandma. I don’t get a chance to find out, because it disappears into my mom’s wallet.

My sister and I are wearing matching dresses, and there’s a bench in front of the hospital. We take turns jumping off the bench, holding our hands in front of us as the skirt flies up and we pretend, for a second in the middle of our fall, that we are Marylin Monroe.

Busan Grandma watches, with a smile, before she has to go back inside.

Inside the hospital elevator, there is no button for the fourth floor.

This, my sister tells me, is the equivalent of not putting thirteen in hotels.

“Four means death, in Korean,” she explains. She always acts like she’s smarter than me, just because she’s older.

I mean, I didn’t know, but it’s still annoying of her.

There are some things happening, and I don’t really know what it is or if I remember it all, but later my sister will tell me that she saw our dad crying, for maybe the first and only time in our entire lives, but I didn’t, but it doesn’t matter because that would have been lame or weird or something because our dad never cries.

There is a warm drink, though, that I think I remember but maybe I don’t. It is creamy and smooth, made from powder that’s sweet and savory.

She was sick. She had cancer. Don’t smoke cigarettes.

I think, maybe, this means I get to keep Teddy Bear. For real this time, without forgetting it again and leaving it behind at Busan Grandma’s house.

That will be nice.

I wonder what will happen to her cat.

The funeral is… I don’t really know. I think, mostly, that I am tired. It is my first funeral. Another first.

There are many faces. Most, I don’t recognize.

The eternal question, “Where did you get so tan?”

“America.” The sun is bright and hot in America. There’s less pollution to hide the sun’s rays.

“You look like a country bumpkin.” Followed by the ever-persistent pinching and patting.

“Daddy’s an orphan now,” my sister tells me as we eat. That’s not very nice. But orphans are always the main characters in books—like Harry Potter. And Batman.

Somebody, a Masan Aunt, maybe, offers me some cider. It’s just Sprite, but Korean and sweeter. Sah ee dah.

She says yes. I sip it, slowly to make it last. It’s gone too fast anyway.

I think I fall asleep against the floor mats. I don’t ever remember falling asleep, though. Ever.

One time, when Busan Grandma visited us in America and became just Grandma for a while, we went out for a walk.

There were lots of lakes around my neighborhood, and lots of geese living in those lakes.

Grandma carried me on her back, running through the sidewalk covered in goose poop as we both yelled, so that I wouldn’t get any goose poop on my shoes.

I must have been very small, for somebody as old as her to carry me.

It was nice of her. 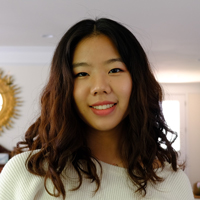 Jinna Han is a senior at the University of Pennsylvania studying Mathematical Economics with minors in Classical Studies and Actuarial Mathematics. Originally from Charlottesville, Virginia, she enjoys writing and playing music in her free time.