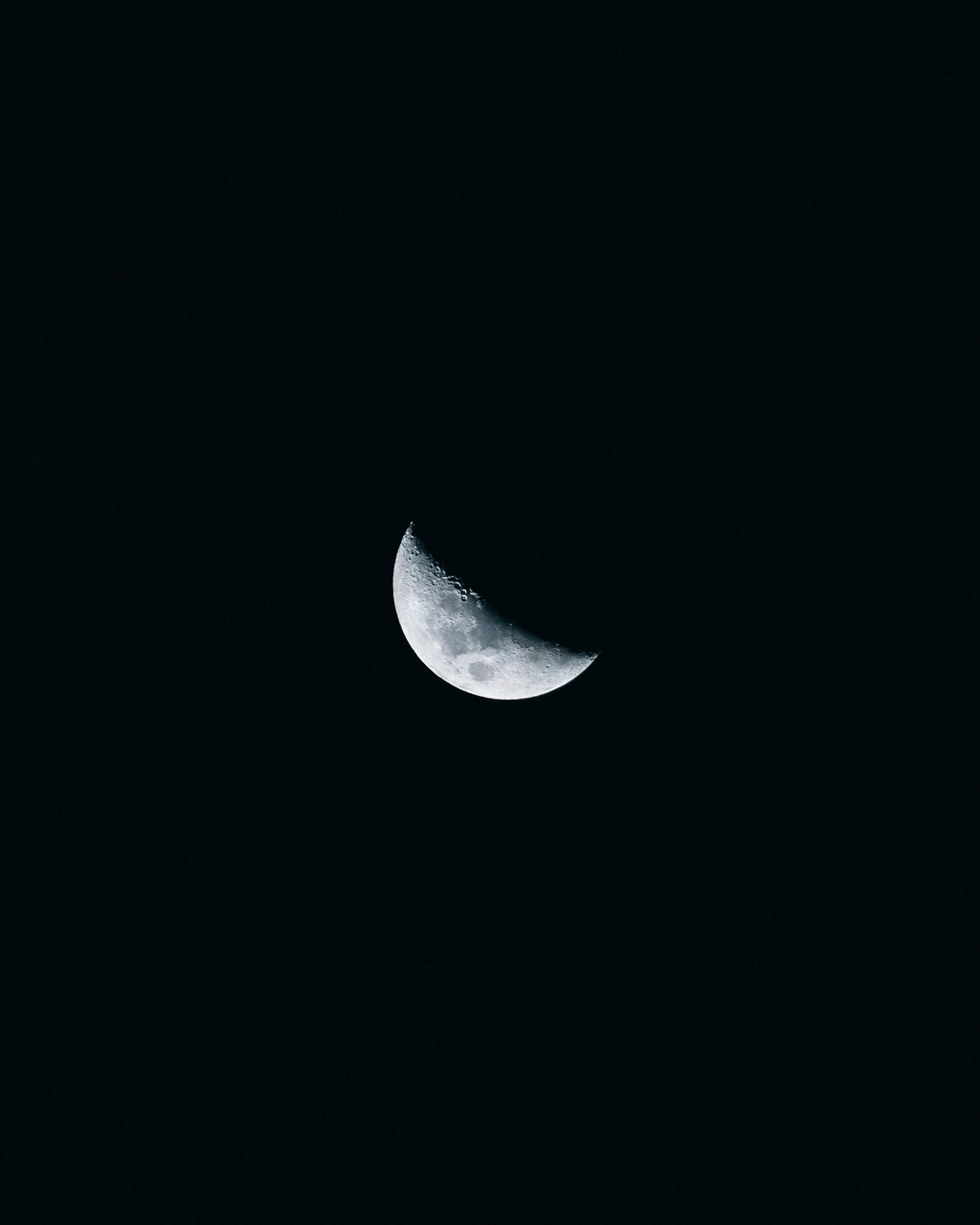 Nine months into the global pandemic that has taken more than 200,000 lives in the US, it was finally my turn to go to the doctor. However, despite the ever-present fear and paranoia that turns every cough into COVID-19, the virus wasn’t my main concern: it was eczema, those dry, cracked, red, itchy patches I’d suffered for years. Flare-up after flare-up on the backs of my knees, the crevices between fingers, my elbows, and nearly everywhere else, with only weak, over-the-counter ointments providing scant relief.

Insured at last and thirty-five, I figured now might be a good time to establish a regular relationship with a doctor.

It was early September in Chicago, and the summer was still holding firm. But as a Midwesterner, I knew that could change at any hour. My wife, pregnant with our first child, drove me to the appointment and decided to stay in the car to limit her exposure to the omnipresent virus. My wait was short; I went through all the pre-doctor foreplay with the nurse: temperature check, height, weight, blood pressure, etc. The doctor arrived, sixtyish, with long, blonde-white hair, blue eye shadow, a studded bracelet, and a relaxed demeanor. We talked about what brought me in today.

A little embarrassed, I told her about my microscopically small annoyance amidst the global health crisis, and we went through my health history. I spoke about my depression, alcoholism, and allergies but assured her that I’m sober now and doing alright with my mental health, all things considered.  Discussing all this was no small feat—my alcoholism and depression are still hard for me to talk about, but I thought it was important to be open and honest with this person who might play a large role in my health for years to come.

The doctor listened closely and eventually wrote a prescription for my eczema, then exited to grab some paperwork. She returned with a copy of my visit summary and a question. Pointing to the printout, with the information that the nurse had gathered, which we hadn’t discussed, the doctor asked, “Has your blood pressure been a concern before?”

The topic of my blood pressure had indeed come up every so often over the years, but I had routinely dismissed it. So much so that it hadn’t even occurred to me to bring it up in my earlier attempt to be open and honest with this doctor whom I was vetting to be my primary care physician. I’m not overweight, don’t smoke, don’t eat red meat, don’t drink anymore, and I run marathons. Aside from the stress stemming from having a child on the way, a presidential election with fascism on the ticket, the mishandled pandemic, and myriad stresses associated with being a Black man in America, I felt as healthy as ever.

The doctor began to lecture me on the overriding strength of genetics with these things. When she didn’t bring up the well-known prevalence of heart problems among Black men, I did.

She then shared an unnerving story about a popular marathoner who dropped dead due to a family history of high blood pressure. She continued, informing me that taking an individual reading isn’t always an accurate representation of the overall state of one’s blood pressure. Many things can affect any one reading: proximity to eating, my morning coffee, the stress of a doctor’s office, and so on.  She recommended I keep an eye on it, perhaps make the occasional trip get it checked for free at one of the blood pressure monitors in front of pharmacies I usually see children playing with. Better yet, I could purchase an in-home blood pressure monitor. If in a few weeks I didn’t see the numbers trending down, we would have to look at some medications that could help.

While I’d suppressed and even written off the potentially grave dangers of high blood pressure, I had not been able to ignore the noisy flare-ups of my eczema: dry, itchy, annoying cracked skin. I’d chosen to address the easy problem while ignoring the grave issue of my blood pressure and heart health, which could ultimately lead to my untimely death.

This is precisely how white America has chosen to address our country’s central problem: race.

White America acknowledges the individual instances, the “flare-ups,” usually from an officer(s)’ murdering Black people for anything and nothing, like in 2020, 2016, 1992, 1968, 1919, 1859, 1831, 1739, 1619.  George Floyd, Brianna Taylor, Ahmaud Arbery, all lynched. For “possibly” passing a fake bill, for sleeping, and for jogging. Those are the names we’ve all learned nationally this year, but every city has their own list of names that are known more regionally. In my home city Chicago, it’s most recently Marcellis Stinnette, Laquan McDonald, Bettie Jones, Rekia Boyd, and many, many more stretching to Emmett Till and beyond.

In the pursuit of our incarceration, our murder, this past summer, our country has seen “flare-ups” in Minneapolis, Louisville, Atlanta, Kenosha, Portland, Chicago, and more, which may result in a review of “this” officer or “that” department. Flare-up after flare-up, this country, sick to the core, chooses only to address the most immediate and “annoying” problems while not addressing systemic and institutionalized racism, a disease that may eventually kill it.

The “flare-up’s,” in response to these racist murders, many of which have gone or will go unpunished, have resulted in hundreds of thousands protesting in the streets across the world, statues falling, looting, a few buildings set aflame, pitched battles between protestors and law enforcement, and as drastic as these reactions may seem, they remain disproportionate in response to the crimes against Black Americans.

For this, white America is lucky. One simply has to ask, what is the proportionate response to hundreds of years of slavery, murder, a prison-industrial-complex with us in its crosshairs, and the looting of billions of dollars in Black wealth?

This country only addresses the issues that are on the nightly news or those that break through algorithms to the top of our social media feeds, which both love to chase blood spilled and buildings burning. They need excitement; they want entertainment. While eruptions titillate, they can also distract and obscure the underlying issues that caused them. When the drama fades, the majority of white America will continue on as they had before, their outrage never having the sustaining force to create change as the only changes against systems of oppression in this country have ever been driven by those most oppressed.

Walking back to the car, juggling thoughts of my long-term mortality with the immediacy of COVID-19 and police violence, there isn’t much relief in getting this damn prescription for my eczema. In the car with my pregnant wife, I vent to her about my blood pressure, how I’m not sure what more I could do to manage it. We can all eat less salt, but when balanced against the major lifestyle changes I’ve made, this doesn’t feel like it would do very much.

In this case, as well as our country’s history of racism, the answer is less what I can do as an individual but rather as a part of a collective. As I must work with a doctor, pharmacist, and a network of supportive family and friends to take care of my health, those truly concerned with the state of racism in our country must find like-minded individuals to work with. It is only as a collective that people in this country can fight against the myriad forces determined to maintain the status quo, whether they be our local/federal government, workplaces, and complicit corporations.

As for me, I’m addressing the individual flare-ups of my eczema along with monitoring and treating the much bigger issue of my heart health with the urgency and action it demands. This country is running out of time to do likewise with race. 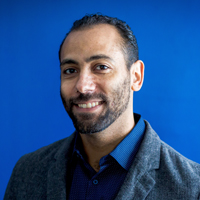 James Stewart III is a Black writer from Chicago. He earned an MFA from the School of the Art Institute of Chicago and an MA from North Central College. He is currently finishing a novel about a multiracial working class family’s daily struggles and the costs they pay for loving each other. He also co-curates the text-based performance series “The Guild Complex presents Exhibit B” and is a managing editor of the magazine Critics’ Union. Stewart’s writing has appeared or is forthcoming in 580 Split, Pangyrus, Another Chicago Magazine, and Cowboy Jamboree.