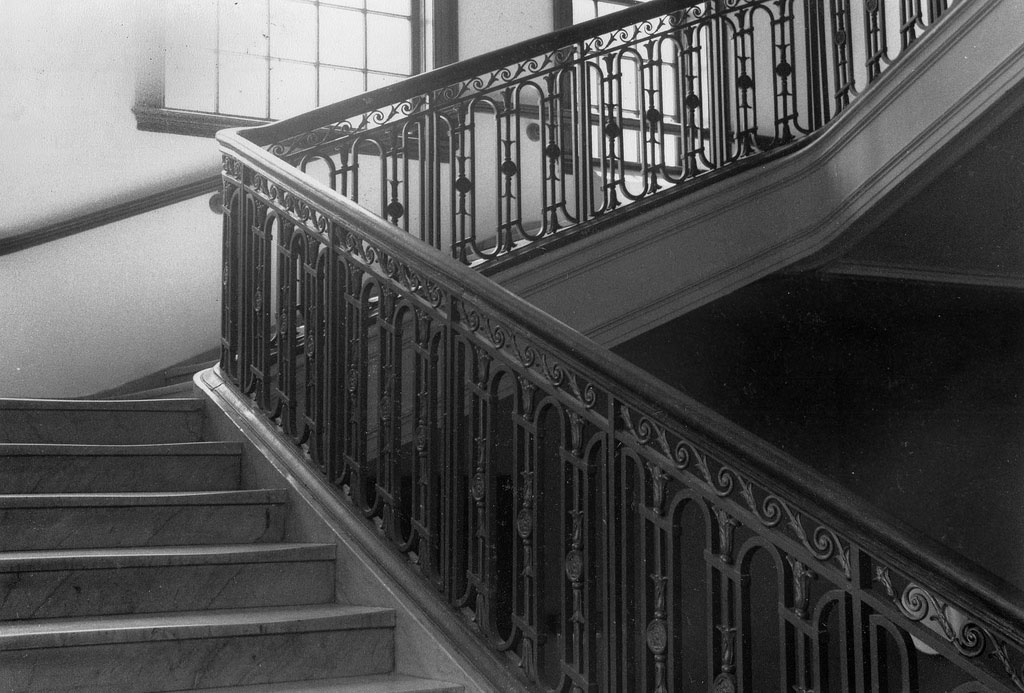 THE INSIGNIFICANT REMAINS
by Robert Henway

I don’t know why I remember walking down the stairwell that day. It was a practical staircase and extremely boring, not the type that stays in your mind years after. Gray walls, with only the slight confetti of shredded posters to add any color, covered with words imploring us to check out various clubs or work opportunities. Some sign stubs were completely gone, leaving the remaining paper looking like a spent shotgun shell; others had hardly been touched, looking like a primed firework that was later discovered to be a dud. The students in their white and blue Polos, with matching khaki pants or plaid skirts, having only backpacks to supply a sense of individuality, came and went as they always did. That afternoon however, there was an obstacle in our path, a roadblock. I only had two minutes to get to my next class. Who was this outsider who did not understand the system? Who was this nonconformist who did not follow the protocol? It wasn’t until I was very close that I could see through the huddled bodies that it was a freshman on his hands and knees. He was dressed like us, but he wasn’t walking like us. I craned my neck to see his problem, what was causing him to inconvenience us so. Everywhere brilliantly bright green and yellow highlighters, vigilant red pens accompanied by the dull black and blue scribes of our time scattered and cascaded down the hard cold steps. A single glue stick bounded down, bouncing on each judgmental step. It was presumably not found again. All the while a set of pale frantic hands reached out, desperate to grab the remains. I wondered if his frenzy was because he needed the supplies to finish an assignment, or perhaps he was desperate not to lose any because his mother had bought them for him and they allayed his homesickness throughout the day. Most likely he just wanted to get out of everyone’s way as fast as he possibly could. The reason it was taking him so long was because coming out from the blue and white crowd were red Air Jordan’s, white and black Adidas, brown Sperry’s, and even soft gray Uggs, all kicking out, attempting to knock the supplies around. Unlike my predecessors, I did not give his supplies a kick with a grunt and a laugh, but I didn’t help him either. I continued on, slithering around the gray walls like a cold product on the descending factory belt, in this conformist institution we called school. We did not help people back then, for if we did, we would become them (God forbid).

I don’t know why I remember that night, but sometimes when I find myself sitting on a bench or lying awake, I will hear Sinatra’s ballad slowly creeping back into my consciousness. It was my senior year Homecoming dance, but I don’t remember much from the dance, or really even much from the after-party. What stuck with me is something a friend—no, an acquaintance, said to no one particular during the late hours of the night.

I was slouching on a brown couch in my basement after all of the pomp and circumstance had ended, still wearing my white shirt and black pants, but with my silver tie ripped off and my tweed suit jacket slung somewhere on the warm gold carpet in a crumpled mess. Off in the corner, an old crackling record player spun Sinatra’s “Only the Lonely” over and over. I was looking into my clear smooth glass, listening to the frosted ice jingle in the crisp apple ale. Next to me was Scarlett, in her black dress that was much too tight, wearing her Queen’s tiara that looked cheap and disappointing in the low lighting of my basement. I knew that she loved me, but I didn’t love her like that; we didn’t even go to the dance together.

However, that night she sat next to me, wrapped in a dull blue blanket I had grabbed for her, sipping warm cocoa I had made for her, and she seemed content. I, on the other hand, felt profoundly empty. To my left, Henry, the only other person in the room, with all the articles of his suit still on, was covered in brown crumbs. He took turns between aggressively sipping his ale and sighing deeply. He spoke up for the first time in the entire night. “I don’t know about you guys, but I am utterly depressed.”

“No?” I jokingly gasped. Next to me, Scarlett stood up from her spot and sleepily shifted over to Henry, wrapping him in the blanket, too, and rested her head on his bony shoulder.

“Sometimes I feel like the world around me just stops,” he said, “and I’m just standing there watching everyone live and laugh, and I realize I don’t fit in at all. Do you guys ever have that?”

I finished my ale and stood up, trying to swallow down a lump deep within my throat. I didn’t say it then, but I knew exactly how he felt.

I don’t know why I remember reading that particular afternoon; it was as uneventful as any other Saturday. I had woken up early in the morning, when the dew becomes a sizzling steam as the sun kisses the evergreen grass. As I worked on fertilizing the ten acres of dry soil, the sun’s gentle embrace became one of a deathly smother. I had with me only one canteen and had drunk up the life-giving water hastily, but I still had half an acre ahead of me. Not far off, but under the weeping willow, my brother, too young for the summer chores, was playing on my aged mandolin. Its brown coating was peeling away, revealing the lines and circles that tell its maple tale. After locking up the broadcast spreader, I walked over to the dark shady patch where my brother sat. I joined him and picked up my copy of Cold Mountain, and for a while I just stared at the dreamy blue Carolina Mountains on the cover. I thought about how it was odd that you could feel the sweet whispers of the wind here in the shade, but it was nowhere to be found out in the sun when you needed it. “Here—Mom brought this out for you,” my brother said, interrupting my train of thought to hand me a jar of almost painfully cold homemade applesauce. I was only able to sit there and enjoy the taste of the applesauce and the feel of the wind and the view of the book cover and the sound of my brother’s spirituals for a short amount of time before I returned to fertilizing and landscaping.

It is those short tiny moments that I find myself daydreaming of as I roam about in Iowa, far away from home. 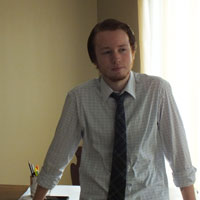 Robert W. Henway is a student at the University of Iowa working on a degree in English and Creative Writing. Originally from Grand Rapids, Michigan, his passions reside in literature and music. He hopes to pursue a career in writing.