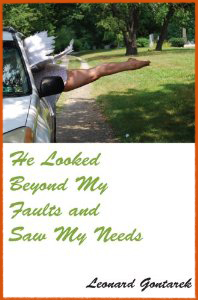 HE LOOKED BEYOND MY FAULTS AND SAW MY NEEDS
by Leonard Gontarek
Hanging Loose Press, 88 pages

Reading John Ashbery’s early works in college, I remember begging the poetry to make a goddamn point. My yearnings for intellectual coherence went unanswered, regardless of how much attention, how many thoughts I piled up on the poems. No matter how hard I tried, my efforts were resisted. I have often wondered since: what would happen if Ashbery were crackable? I even made a number of attempts, myself. 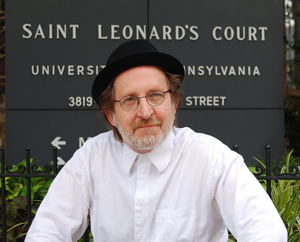 Leonard Gontarek’s fifth book, He Looked Beyond My Faults and Saw My Needs, finally answers my question. A casual reader might see in this collection – the pole-vaulting mindset, the penchant for painterly imagery, or the ability of certain, magical phrases to hold an entire universe of subjective meaning – and presume in this postmodern sepulcher of ours that there are no intellectual underpinnings. For instance, one of the first poems of the book, “Imago Mundi”, shows off some of the gifts of super-abstraction:

There was the wolf that ate his leg, then his other one.
Then ate all of him. You would think sorrow would disappear too.
But apparently that is not how it works. Earth to Leonard.
What works: So hot, the flowers have melted.
But not you, who look from a distance like a peaceful Kevin Kline

The work flits from one mold to another – without any apparent order or reason. The next stanza even shoots off to Egyptian Hieroglyphs. The wolf is never revealed, but all of the ways in which it is avoided give us a backdrop of looming pain – just on the verge of consciousness. In the meantime, the assortment of symbolic language gives us sport. Ashbery. Check.

And then there is the extreme subjectivity and painterly instincts. No need to go a step further than the titles for this point. They are landmarks on Gontarek’s personal map, which he has cut, copied, and pasted back together. Series you would find in a visual arts gallery or titles on an album. There is the Study series: “Study / Field,” “Study / Bees,” “Study / Leaves.” and others. There is “Notebook” and “Notebook V”, “Miniature II”, “Dirt Floor II”, “Loop” and the other “Loop”. There is an “Untitled”. It probably isn’t too far from the truth that the author looks at his book as a collage of poetic sketches. Check.

And my final point of comparison, which is also the best and most mysterious – magical language. See if this, from “Untitled”, does it for you:

Rimbaud is lying with me in hell. My lover between us.
Such are the dreams in heat. A milk truck blows

through the street. There are no orders. The driver, ashen,
distant, when he speaks. If at all.

It is possible I am the only one who felt the milk truck from my imagination move. But move it did. That’s magic: match point.

But in case you think we have an Ashbery follower on our hands, take a closer look at the above quote. At precisely the point where we might expect to be left stranded in an Ashbery poem, Gontarek persists. There is true conceit here, exploring and instructing through symbolic language.

The effect is… different. Knowing that there is something being said means we need to ante up some mental effort. The Philadelphia Inquirer called Gontarek a “Poet’s poet…” probably because of the reading level. Anyone can read Ashbery because no one comprehends it. Almost no one could understand Gontarek because the reader is given some extremely heavy objects to lift. But those who can will harbor feelings similar to a difficult class – hateful in the experience and grateful forever after.