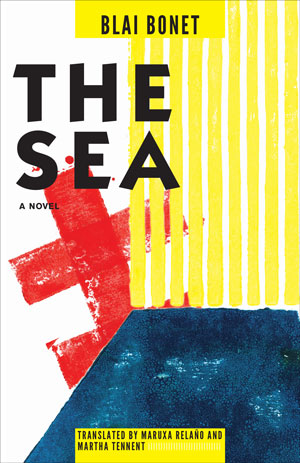 Manuel Tur, sixteen years old and confined to tubercular sanatorium, stares out his window at the forested plane. He fixes his gaze on the holm oaks and the olive trees. This is Majorca, the Catalan island, 1942. “To the west,” he says, at the opening of Blai Bonet’s 1958 novel The Sea (El Mar), in the new English version published by Dalkey Archive Press, “the sky is hazy, blue, tender, like an open switchblade above the sea.”

Bonet’s metaphoric language bristles with despair and danger. Tur, says another patient, Andreu Ramallo, “speaks as though bleeding to death.” The dying Justo Pastor has the “glassy, dirty gaze that animals have in the afternoon.” A razor blade in Tur’s hand (for the worst of reasons) has the look of a “train ticket that some invisible conductor has punched.”

The sea itself is the novel’s heavy, so vast and inviolate it’s invisible. Tur, the novel’s protagonist, mentions it at the opening (threatened by the switchblade sky) and then at the end, when the reader comes to understand its power. Nowhere and everywhere, coincidentally we find it even in the first names of the book’s two translators, Maruxa Relaño and Martha Tennent. In their luminous new translation, Maruxa and Martha have returned El Mar to the pantheon of twentieth century Catalan novels available to English readers. Bonet belongs there with Mercè Rodoreda and Josep Pla, like the painter Salvador Dalí so attuned to the dry heat, the crags and pines, the eternal, devastating light of Cataluña. (No book digs more violently into the Catalan earth than Rodoreda’s Death in Spring, translated by Tennent and published by Open Letter in 2009.) “We left the road and entered the parched fields strewn with clods of earth, and our feet hurt from the piercing stubbles,” says Manuel Tur.

The smell of wild olive trees, now close, filled us with anguish and silence and veiled cowardice. Treading on that red, sun-hardened earth was trying, because we were skirting walls that were covered with bramble and blooming asparagus that gave off a strong smell. A smell that was unfamiliar to us. 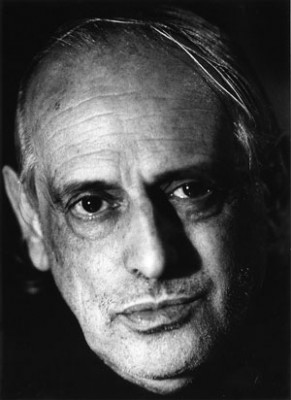 Like The Time of the Doves, Rodoreda’s masterpiece, The Sea is framed by the horror of the Spanish Civil War. But quite unlike Barcelona, where Rodoreda’s novel is set, Majorca was significantly pro-fascist and conservative. Various factions of republican militias invaded the island in 1936, but they were turned away by pro-Franco fighters, falangists, and members of the Guardia Civil (Mussolini, in alliance with Franco, had Italian troops occupy Majorca until the end of the war). Manuel Tur’s father is a falangist and Manuel, at nine, and his buddy Pau Inglada, form a pretend militia inside a cave at the edge of their village. Pau, the “undecorated corporal,” wears a soda bottle cap pinned to his shirt as an artillery badge. Pau’s communist father is killed by the fascist milita. “To a nine-year-old boy, only crying and dying exist—pure and uncontestable—like a knife or a tree,” says Manuel Tur (the novel is comprised mostly of alternating first person accounts by Tur and Ramallo).

The dying indeed continues. The boys witness the fascist militia executing some republican prisoners in a cemetery; one of the executers is the father of their friend, the shepherd boy Julià Ballester. By correlation they blame the death of Pau Inglada’s father on Julià Ballester’s father, which leads to a harrowing fight between the boys.

“It was after witnessing that horror, all that shame, that the disease began to burn in me,” says Manuel Tur. The disease is physical—epilepsy and then, later, tuberculosis—and spiritual. The loss of innocence that begins with war-fed violence bleeds into the terror of adolescence. “Adolescence is the saddest, most deprived time in life because it is when one has the most intense expectations but no means of fulfilling them, consequently one is subject to serial disasters—large and small,” writes Josep Pla, in The Gray Notebooks (NYRB Classics, 2013).

Here the sea emerges, itself the knifeblade against the heart of Manuel Tur, at thirteen. In Alberto Moravia’s 1945 novel Agostino (NYRB Classics, 2014), the sea is where Agostino, a bourgeois boy on holiday with his mother, must face down the savagery and brutality of street-wizened local waifs to affirm the manhood he hadn’t yet realized was coming. Until the cruel moment, both Agostino and Manuel Tur are safe—Agostino in the bosom of his mother and Manuel in the deep cover of Catholicism, which clarifies his innocence as an eternal dream. But at the sea, where fate can turn with the shift of the wind, they must prove themselves (first, of course, by smoking cigarettes). And inevitably, in the terrible purgatory between childhood and adulthood, they’ll become confused when tougher kids break down and weep like children.

At the sea, Agostino is targeted by the other boys because he is soft and sheltered. Tur likewise is pelted with insults by the other boys, but this is because “between the previous summer sea and that afternoon’s, something had happened.” Manuel Tur has turned into a man. He responds to the boys’ laughter by diving into the sand as in a struggle to disavow his manhood and wipe himself clean.

To protect himself, Manuel Tur invents his own stigmata, pain to numb himself from guilt and self-hatred. Ramallo, who has been sexually abused, needs to turn his own guilt on Tur, to force Manuel to destroy his innocence. He sends a nurse, Carmen Onaindia, into his room for the purpose of seduction. “Ramallo gave me his animal self,” says Manuel Tur. “I gave it to Carmen Onaindia and now I miss my mother terribly.” The rest of The Sea, a novel of existential struggle that delivers intensity of moral crisis on par with Flannery O’Connor’s Wise Blood and The Violent Bear it Away, is a battle between Manuel Tur and Andreu Ramallo for Manuel’s soul, between God and Satan, temptation and desire, between health and a terrifying illness that causes every patient at the sanatorium to hemorrhage blood in violent episodes that inevitably lead to sudden quiet and then death.