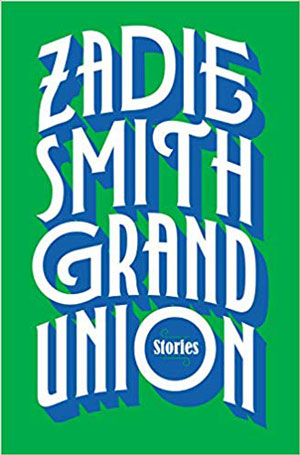 Grand Union, a collection of nineteen works of short fiction, represents an exciting addition to her oeuvre. The characters it features—black and white, young and old, male and female, gay and straight, and hailing from both sides of the Atlantic—are as diverse a cast as populate her novels, but their stories veer from the first-person narrative to the nonlinear and surreal to the essayistic. Form is experimented with, even scrapped altogether. “Mood” collages fragments of ruminations on modernity, including imitations of Tumblr posts. “Parents’ Morning Epiphany” is an analysis of a child’s homework. What ties these stories together is not subject or theme, but Smith’s witty, thoughtful, and culturally attuned voice.

Politics hover in the background of many of the stories, although their references are typically oblique rather than overt. Rather than tackle the major issues head-on—Brexit, Trump’s America—they quietly remind you now and again of the world we live in. In “The Lazy River,” British vacationers seeking escape from the pressures of everyday life in a Spanish resort are occasionally flung back into reality with the occurrence of ordinary events: “The tomatoes are in the supermarket. The moon is in the sky. The Brits are leaving Europe. We are on a ‘getaway.’ We still believe in getaways.” The story ends with the unnamed characters sitting on the balcony after putting their children to bed, “where we look up his Twitter, as we have every night since January.” He isn’t named, he doesn’t have to be. It’s enough that the modern reader will immediately catch this reference that speaks to the state of the world today, an effect Smith masterfully achieves.

As much as her characters try to ignore the machinery of global politics, they will return to it, quietly, at the end of each day. Though not explicitly acknowledged, their concern will materialize as a sense of generalized anxiety that runs perpetually in the background, such as the parents’ worry for their children’s safety while strapping them into trampoline harnesses. It’s these children they will try to shield from danger, from ever-advancing technology (“the obscene bulge of those iPhones”), and from politics themselves. 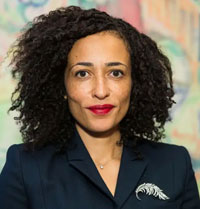 Of course, in some cases these references are more transparent. In “Downtown,” a female Jamaican artist narrates her dissatisfaction with her life and the world on the day of Brett Kavanaugh’s swearing-in. “Brett had proved once again that whenever a young Brett is born in these United States, born with a dream, that dream can truly come true. Yes, sir, if your baby Brett really puts his mind to it—if he believes, if he has faith, if he is a he, and if he is called Brett—he can do whatever it is he puts his mind to, and that goes double for all you Troys, Kips, Tripps, Bucks and Chads.”

How can this be happening, Smith seems to ask, despite all the other once-unbelievable things that have happened the past two or three years? And yet it happens, over and over again. We are the world that created Brett Kavanaugh. Throughout Grand Union, prejudice rears its head: racism and transphobia against the aging Cabaret star in “Miss Adele Amidst the Corsets,” echoes of police brutality in the tremendously affecting murder of a black man in “Kelso Deconstructed” (set in 1959). These characters, unlike the vacationers in “The Lazy River,” do not have the luxury of ignoring these lingering realities; they live them every day.

Some of the most affecting stories follow the perspectives of children or young adults as they struggle to find their place in the world. The wonderful “Sentimental Education,” reminiscent of some of Smith’s earlier novels, focuses on the sexual history of a young woman and her relationship with one of the only other black students in her college. The opening story, “The Dialectic,” centers on the turbulent relationship between a single mother and her headstrong daughter. Like the characters in “The Lazy River,” the mother and daughter are on a seaside vacation, a liminal space which seems to function as a gateway to address larger truths. Some stories are more successful than others. While much of the familial interplay and interaction between a young boy and girl in “Just Right” rings true, a similar relationship— between a teenage boy and a young girl he is escorting to a funeral in “Meet the President”— falls flat; much of the plot is bogged down in dystopian details.

With Grand Union, Smith presents a vibrant, wildly digressive collection of stories that captures the full scope of her wit and imagination. It’s different from her earlier fiction, bolder and more adventurous but with the same sparkling tone, and at the same time quietly and heartbreakingly prescient. 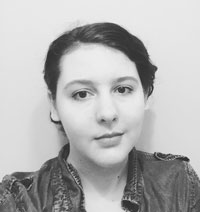 Eliza Browning is a sophomore studying English and Art History at Wheaton College in Massachusetts. Her work has been recognized by the YoungArts Foundation, the Fitzgerald Museum, and the Poetry Society of Virginia, among others. This past summer she was an intern at Cleaver and a writing fellow in the Counterclock Arts Collective.