A Conversation with Greg Sestero
Author of THE DISASTER ARTIST: MY LIFE INSIDE THE ROOM, THE GREATEST BAD MOVIE EVER MADE
Simon & Schuster, 288 pages 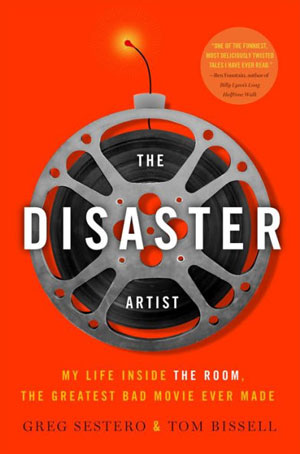 Perhaps no other film has so improbably risen from obscurity to cultural significance than 2003’s The Room. Grossing just $1800 in its original theatrical run, the film now famously dubbed “the Citizen Kane of bad movies” went on to connect with audiences through years of midnight screenings and an insightful, entertaining, and sometimes heartbreaking book about its making.

Greg Sestero, star of The Room, wrote this book in 2013, titling it The Disaster Artist: My Life Inside The Room, the Greatest Bad Movie Ever Made. The memoir was hailed by Patton Oswalt as “A surprising, hilarious, and compelling account of the making of the modern Plan 9 from Outer Space” and by Rob Lowe as “Hilarious, delusional, and weirdly inspirational.” In 2017, Sestero’s book was adapted into the critically acclaimed film The Disaster Artist, starring James Franco, Alison Brie, and Dave Franco (who portrayed Sestero).

Through his twenty-year career, Sestero has acted in a wide range of movies, including the cult horror films Retro Puppet Master and Dude Bro Party Massacre III. More recently, he wrote and starred in the Best F(r)iends films alongside The Room’s enigmatic Tommy Wiseau.

In this interview, Brian Burmeister asks Sestero about his experiences on set, his current projects, and advice he has for fellow writers and actors.

Brian Burmeister: While The Room had slowly built a following in the years following its release, your book The Disaster Artist: My Life Inside The Room, the Greatest Bad Movie Ever Made deserves a lot of credit for introducing the film to much of the world. Going back to 2003, could you have envisioned the amount of love that would eventually outpour for The Room and yourself? 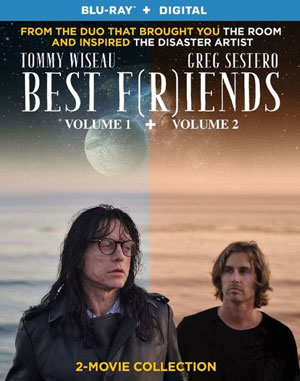 BB: There are a lot of inherent challenges for any writer working on an autobiography or memoir. In writing such a personal story, were there parts of your life and your experience that were hard for you to write about? Or concerned you because of what people might think—including those you wrote about?

GS: Yeah, I mean, I made sure to interview everybody from the story. And I thought it was very important to be as honest as possible and as respectful as possible because the story doesn’t work unless you share what you’re also not proud of. I think that’s what sets a lot of the events in motion. And I wanted to make sure to tell as much of the story as needed—and just be honest. I wrote it from the heart, and I think when you do that, you’re probably going to be okay.

BB: There were 15 years between when you worked with Tommy Wiseau on The Room [which he wrote, directed, produced, and starred in] and when you worked together on the Best F(r)iends films. In your book, you obviously wrote a lot about your experiences working on The Room. With Best F(r)iends, you took on different roles—this time you wrote the script, and Tommy was no longer in the director’s chair. By contrast to The Room, what was the experience of working on the two volumes of Best F(r)iends like?

GS: I definitely had more experience. I’d grown up a lot. And I knew Tommy could be very captivating in an acting role if it was composed properly. The goal was for us to try to make something new and have him be able to focus as an actor—and not have to burden all the pressure of producing. I really enjoyed making Best F(r)iends. I tried to take everything I’d learned and pour it into it.

BB: Earlier this year, a hilarious, jaw-dropping trailer for Big Shark was released. Any updates on the film’s progress?

BB: What’s next for you? Are you planning to write more films? Focus on acting?

GS: I’m working on a horror film that I’m writing and putting together. So hopefully next year we’ll bring some interesting entertainment.

BB: Is the horror genre where you see yourself focused moving forward long-term?

GS: Yeah, it’s something I’ve wanted to do for a long time. I think The Room is great and everything that’s come from it has been fascinating. But I hope to go in a kind of different direction and make some new things.

BB: One of the true highlights of the entire internet last year was the recreation of an iconic scene from The Dark Knight starring you as Batman and Tommy Wiseau as the Joker. Where did that idea come from? And what was it like filming that scene? 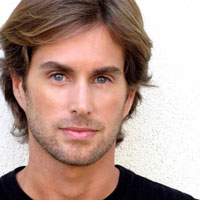 GS: We were fortunate to get Lionsgate to release Best F(r)iends, so we did a promotion with the Batman scene. And it was a director at Nerdist who made the Batman/Joker audition tape who said, “Let’s go make a scene.” So for me, being a big fan of The Dark Knight, it was one of those things that was an experience you couldn’t pass up.

BB: On behalf of everyone who has seen it, thank you for not passing it up. As of right now, you’re on a mini-tour of the country with live readings of The Room’s script. Having just attended one of these readings myself, I can definitively say these events are pure fun and a great opportunity to pick your brain in the Q&A. Can fans expect more opportunities like these to see you in person?

GS: Yeah, I’ve done it a couple times. I think it’s something that’s very interactive and gives people a chance to be part of the film. So, we’ll see. I’ve got these other projects to make, but it’s always fun to get out there, meet fans, and interact.

BB: Final question. One of the major themes in The Disaster Artist is Tommy Wiseau’s one-in-a-million, limitless belief in his own dreams. That’s one of the many qualities that really separates him from most of us. If you were to offer one piece of advice to all the struggling writers and actors out there, what would it be?

GS: Follow the fun. If you’re not having fun, you need to figure out why that is. Creating should be fun. We sometimes put pressure on ourselves—which can be a good thing—but at the end of the day, as creators in that process, there needs to be some enjoyment. So try to drown out the negative voices. Just focus on your story or your music and follow the fun.

The author wishes to thank Mr. Sestero for generously taking the time to sit down for this interview following his live reading of The Room in Des Moines on 10/25/19. 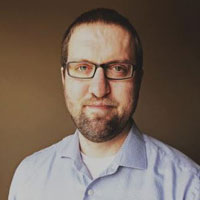 Brian Burmeister is an author, cat cuddler, and educator living in Iowa. He can be followed on Twitter: @bdburmeister.