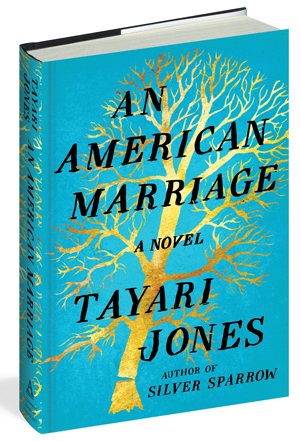 Do Roy and Celestial have an ordinary American marriage? The title of Tayari Jones’ fourth novel implies that perhaps they do in fact have a quintessential American life, and in many ways they do…

Roy and Celestial are newlyweds. He grew up in Louisiana, to a blue-collar family. He worked hard, studied harder, earned his way into Morehouse College in Georgia, and went on to become a business executive. She, a talented visionary born and raised in the Peach State, grew up in a comfortable family. She excelled at a neighboring liberal arts college for women and now makes her income as a successful artisan. Together, they exemplify the Dream–thriving and very much in love. Early on, Jones paints a picture for the reader, through Roy:

…we kissed like teenagers, making out under the bridge. It was a wonderful feeling to be grown and yet young. To be married but not settled. To be tied down yet free.

About a year after their wedding day, the couple decides to drive across the South to visit Roy’s family in Louisiana. In the dead of night, a horde of rapacious police officers charge through their motel room door, drag Roy outside, and violently arrest him for a heinous crime that he did not commit. Despite the lack of any concrete evidence, the court finds him guilty and sentences him to twelve years in prison—largely because the judge and jury choose to believe the testimony of Roy’s white accuser over Roy, a black man. Wanton declarations of guilt such as this are not mere fiction. According to the Bureau of Justice Statistics, one in three black men will be locked up in their lifetime—and receive ten percent longer sentences than white defendants for the same charge. 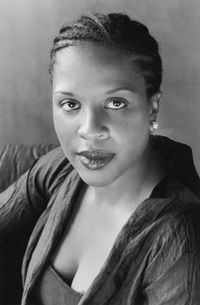 Up to the point of his conviction, Jones tells the story in a standard prose form, with Celestial and Roy taking turns as narrator with each new chapter. Once Roy is wrongfully incarcerated and sent to prison, the form shifts into an epistolary style: The two protagonists continue to alternate as storyteller via handwritten letters that illustrate, in vivid and frank detail, their pain as they combat their mutual and separate tribulations. This letter-writing technique, on Jones’ part, works to incarnate the distance growing between husband and wife throughout their forced estrangement. In an especially tender letter, Celestial confesses, “just because I’m not in the same agony as you are, I’m in pain,” and then, “marriage is more than your heart, it’s your life.” And after a considerable amount of time, Roy writes back: “Everything I do is a love letter addressed to you.” But as the days go on, the time between correspondences grows and the letters themselves shrink.

Imprisonment, in the story as well as in real life, takes an emotional and fiscal toll on everyone close to the matter, not just on the persons behind the bars. Over time, Celestial and Roy’s once-picturesque union slowly crumbles. She, “the kind of woman who will never belong to anyone,” finds herself adrift, robbed of her marital bliss—they had been preparing to put down roots and begin a family prior to his unlawful arrest. And while he combats the penal system from the inside, she must fight her own punitive battles on the outside. She struggles to stay afloat spiritually and financially on her own, as countless women of color throughout history have and continue to do. But as months become years, times get really tough and Celestial discovers a place of solace in the company of her longtime friend Andre, who had been Roy’s best man at their wedding.

Five years into his sentence, Roy’s conviction gets overturned, and as soon as his “hostage of the state” era ends, the letters cease, and the novel returns to its initial form. Roy and Celestial, still legally wed, pass the narrative baton back and forth as he tries to reclaim his life. But a third first-person point of view enters the picture and stays for the remainder of the story: Andre, now more than just a friend, offers his perspective and cements his impact on the titular marriage.

Tayari Jones calls An American Marriage “a love story.” And it is. Roy and Celestial’s love for one another is continually tried and warped by a broken justice system that values white lives—and dooms black lives at an exponential rate. Throughout the story, their love takes on different shapes, but never withers, as it faces its own trial and struggles through its own internment period—while refusing to give in. In a sense, Celestial and Roy’s love, represented by the resoluteness of their marriage, is a character unto itself—a character tested not only by Roy’s unjust incarceration but also by Celestial’s budding feelings for Andre.

An American Marriage is not a novel about who really committed the crime that sent Roy away. It never even for a second moves it in that direction because that doesn’t matter; that is the theme of another book—a safer book. An American Marriage is about our twisted judicial system that unremittingly turns “standard-issue American Negro” men like Roy into “a victim of America”—and how those two concepts are all too often one and the same.

So do Roy and Celestial have an ordinary American marriage? Well, according to Jones herself, “it depends on who you ask.” Of course, not all couples are ripped apart so ruthlessly, no, but, for a lot of folks of color, the potential for it to happen is always present, since we live in a society of skewed courtrooms and a prison-industrial complex that views black convicts as easy wins and dollars. So, in a very brutal sense…yes, Roy and Celestial do have an ordinary (black) American marriage.