The second section, on politics and society in this moment of Trump and Brexit, is riskier than the first, aiming like Olivia Laing’s recent Crudo to map the incessantly frustrating moment in which we live. While this section is somewhat more general, it fits into the writer’s attempts to make sense of our wider social context through literature, psychoanalysis and art. Appignanesi’s assortment of voices can be astonishingly prescient and helpful. For example, during the hearings of an aggravated Brett Kavanaugh, Appignanesi’s book almost miraculously responded to me, in the midst of her riff on Seneca, “you do not place justice in the hands of an angry man.” She moves deeper into looking at the feelings of anger here, in a moment in which so many of us are angry at this administration and feel an urge to rage. Appignanesi moves for a more balanced perspective. She offers strong connections and an attempt at perspective to our polarized moment.

The final section is the strongest. Appignanesi shows the complex relation of a sibling relationship through observing her oldest grandson after a younger brother is born, revealing the “everyday madness” of this jealousy that must be passed through. She takes the “inner turmoil” of moving from being an only child to having a sibling seriously. She also moves recursively into her own memories of her extraordinarily challenging sibling relationship. She finds in children an echo of her own grief and anger as well as the wider anger of the current political world. While the things she seeks to tie together are disparate and not all of the connections work, it is the very trying that makes the book what it is. What makes Everyday Madness particularly interesting and worthwhile is its unpredictability, an almost real time chronicle of a progressing line of thought. 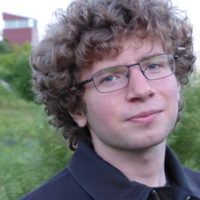 Gabriel Chazan is currently completing an MA at University College London in the History of Art.