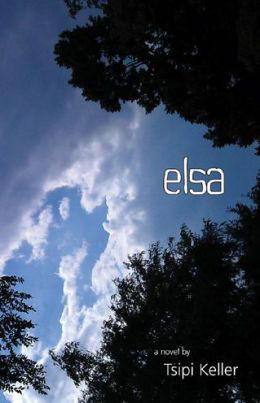 As I began reading this short novel by Tsipi Keller, I found myself enjoying what I thought was going to be a leisurely experience with chick lit. Nothing too demanding, nothing to worrisome. Elsa, at the start, is as much about the jealousies of girl friendships as it is about the protagonist’s desire for some overdue sex and true romance. About a third of the way into the book, however, the narrative becomes increasingly disturbing as Keller skillfully pitches the fascinating but dislikable protagonist, thirty-nine-year-old Elsa, into a gradually darkening labyrinth of seduction and danger. I so wanted to reach into the story and shake Elsa. “Get out of there while you can!” In the meantime Gary, Elsa’s wealthy middle-aged date, whispers in her ear in a velvet voice, “You’re a fool…So trusting.”

Elsa is the third in Tsipi Keller’s trilogy of psychological novels. The first two were Jackpot and Retelling, which trace the fortunes of women. Elsa calls to mind some of Richard Burgin’s noir fiction. Both writers explore the world of nefarious, but initially engaging, operators who insinuate themselves into the lives of lonely strangers aiming to control or ruin them. Burgin’s characters usually escape their captors. Elsa does not escape Gary. 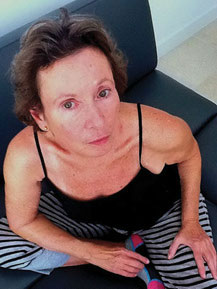 Elsa Berg is an attractive, sophisticated, and very lonely New York tax attorney, who, while catty and sometimes sour, also regrets her personality defects. “Why can’t she be sweet and generous like some women she occasionally meets, women who are soft-spoken, patient, and tolerant? Why is she so easy to anger, to find fault, with jealousy and resentment always bubbling right below the surface?” One evening she and a girlfriend go to a bar where they happen upon the mysterious and handsome Gary, whom Elsa at first dismisses as too old. After a few weeks of calculated delay, Gary calls and takes her on their initial and only date, picking her up in his Ferrari and swooping her off to his luxurious brownstone. Keller takes her delicious time ramping up the sexual and psychological tension as she allows antagonist Gary to ply the eager but socially klutzy Elsa with booze, a love feast of lamb chops and mashed potatoes, and more liquor. Meanwhile, Elsa makes off-putting comments about a colleague’s crotch, then annoys and even insults Gary.

Elsa’s gaffes and unpredictability startle the reader—such behavior!—and leave Gary more than miffed. Then, again, the reader begins to get the notion that there is something very suspicious about Gary. And it is not just that he is condescending toward her. At one point he clamps his hands tightly around Elsa’s neck, claiming that his hands are cold and he must warm them. Yet once he releases Elsa and calls a truce, she’s all too ready to proceed with their evening. “And yes, she is willing. To make up and forget. Maybe like he said, she is too sensitive…” Keller deploys a close third-person point-of-view that exposes her protagonist’s bitchiness, weirdness, loneliness, neediness, and her tendency to rebuff when she should trust and trust when she should run. Elsa’s reactions made me wonder how often needy people dismiss warning signs in dates and partners.

Shockers abound as Gary leads Elsa into the kitchen, captures her in a spinning net, and leaves her trapped for hours. Eventually he cleans her up and cossets her in a white canopy bed. Thus Elsa allows herself to be pampered and humiliated until events run their fatal course.

Much more than a tale about a smart woman who makes foolish choices, Elsa is a fast-paced, tightly crafted, suspenseful, psychological crime novel that sidles up to the reader, then pounces.

Lynn Levin’s newest books are the poetry collection Miss Plastique (Ragged Sky, 2013), a Next Generation Indie Book Awards finalist in poetry, and Birds on the Kiswar Tree (2Leaf Press, 2014), a translation from the Spanish of a collection of poems by the Peruvian Andean poet Odi Gonzales. She is co-author of Poems for the Writing: Prompts for Poets (Texture Press, 2013), a Next Generation Indie Book Awards finalist in education/academic books. Her poems, essays, short fiction, and translations have appeared in Painted Bride Quarterly, Michigan Quarterly Review, Cleaver, The Hopkins Review, The Smart Set, Young Adult Review Network, and other places. She teaches at Drexel University and the University of Pennsylvania.