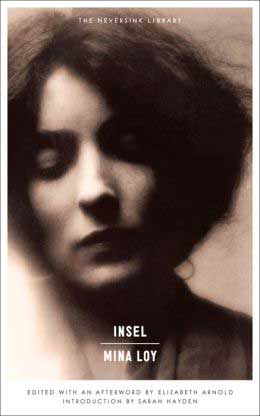 You, dear reader, consummate seeker of literature in all forms, of voices in all languages, of song and fragment, of tome and flash, of ancient and modern: writers, books, are slipping through your fingers. It isn’t your fault. There’s too much to read. Every other minute, they say, a new genre is born. You can’t, certainly, keep up. The idea of it is absurd. Worse yet, there are other things to do besides reading. After all, it’s nice out, cherry blossoms are swirling in the wind, a vortex of pink feathers alighting the street corner.

Maybe the best thing to do is simplify, streamline the library. Return to the classics after all these years. Read all of Dickens. Run through the American pantheon. Default to Shakespeare, or Edgar Allan Poe.

No? No, of course not. Don’t be silly. There’s no reason to limit oneself. You have to keep trying. Sisyphus lives. His stack of books is growing. His tablet is pregnant with titles. But where will you start, Sisyphus, how will you choose?

Listen: The first I heard of Insel was the story of a madman, a more or less surrealist painter, who although he had nothing to eat, was hoping to sell a picture to buy a set of false teeth. 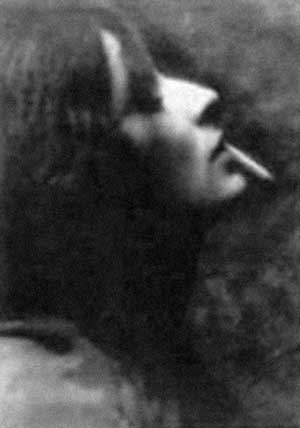 That’s enough, isn’t it? A more or less beguiling opening, if you ask me, an ace in the quiver. But the writer—who? Mina Loy. No, not Myrna Loy, the starlet. Mina. The first I’d heard of her was when the review copy arrived from the publisher, Melville House, whose editors seem insistent on badgering poor Sisyphus. Mina Loy, compatriot of Dalí, Ernst, Man Ray, and Dada, was a poet, painter, designer, and with this book, Insel, a novelist. Loy was a supremely avant-garde thinker who perhaps never quite fit in: she was probably too smart, her mind to fantastic, her legs too peripatetic for the rest of the world. Lunar Baedeker, Loy’s best known work of poetry, lauded by Ezra Pound and others, never quite landed in the canon. A fragment of her moonscape:

Insel, which was only published in 1991, posthumously (Loy died in 1966), is Loy’s reckoning with intellectual and emotional loneliness brought on, in part, by a restless, cosmic genius. She never found comfort, not even among the Surrealists.

Critics may not have always interpreted the novel quite this way. The original version, which was published by Black Sparrow Press, is the story of the baffling, contentious friendship between the 50-ish narrator, Mrs. Jones, the Paris representative for Aaron, a New York art dealer, and Insel, a morphine-addicted 30 year-old German artist. Mrs. Jones is transparently Loy, who lived in Paris from 1933 to 1936 as the exclusive agent for Dalí, Giacometti, Gorky, de Chirico, and Magritte on behalf of her son-in-law Julien Levy, who had in 1931 opened a Manhattan gallery. The German artist Richard Oelze is the basis for Insel, who we imagine—by the title, by the force of the narrator’s obsession—is the subject of the book. But last year, the literary scholar Sarah Hayden discovered manuscript pages for an addendum to the text, the “Visitation of Insel,” a new ending, written in poetic scraps of language that puts the main part of the book in a slightly different light. The “Visitation,” which is published here for the first time, offers the reader a sense of Loy’s despair, the isolation of a creative person few could understand. Those people included her daughters Joella and Fabienne, who she portrays as Alda and Sophia in the novel. Having left Paris, and Insel, at the end of the original part of the novel, in the “Visitation,” Mrs. Jones has returned to New York, a bother to Alda and Sophia, who accuse her of mooching off the family business in service of her novel. One senses that they had given her the job of agent in order to get rid of her.

“Aaron,” [Alda] announced, “doesn’t see why he should give you that hundred dollars”—and with that heinous crow I seemed to call up from the depths of so many of my intimates—“Your book!” she sneered. “It’s an excuse [missing word] to get money out of us!”

“You’re no good—never have been any good—” This blank truth struck me with the finality of unconsciousness. It was from very far away in time & space I heard her aggravation hollow out a course for my second childhood.

“But Aaron told me to see it at that price—”

In her despair, Mrs. Jones collapses on the couch and conjures Insel. “Here was my drug addict; divested of those shreds of flesh, easily as an aria relayed across the Atlantic, a recognizable ‘invisibility’ come to visit me.”

At this point, looking back at the main text, the reader has to wonder if Mrs. Jones has been conjuring Insel all along, for she often describes him as “transparent,” “luminous from starvation,” “evaporated,” with an “especial clarity of light,” her own private angel armed with his cosmic rays—this is the milieu of futurist-surrealists, remember—for saving her.

All the while, the book’s plot—indeed, it exists with requisite tensions as a Parisian love story that cannot be—turns on Mrs. Jones trying to save Insel—from drugs, starvation, dissolution, and disinterest in his art. Loy, in her potent skill as a writer, has deflected her own pain onto him. Critically, when she has “healed”—cleaned his filthy suit and gotten him away from the prostitutes he pimps—and fed him—she loses interest. And he with her. When Mrs. Jones speaks like a “normal person”—an art dealer, who commodifies exactly what can’t be given value—he vanishes.

Loy, it seems, could not face the exigencies of regular life. She was above and beyond it—in fact a very lonely place. Do you think she’d mind if we welcomed her back into the terrestrial library?