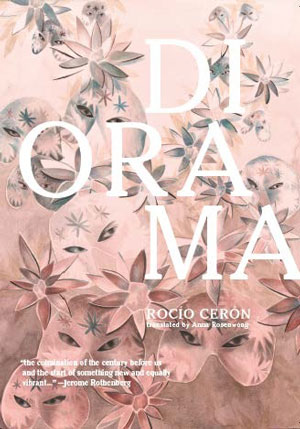 Cerón’s creation can best be described thus: she summons words. Like iron filings to a magnet, they come into an order that feels inevitable.

In this penchant for naming, her exquisite and casual catalogues could pass as still life. But her poetry, technical yet drenched in sensation, scientific yet opulent in the manner of natural history, is propulsive, as she pushes herself, and us, to the far limit of the mind’s ken. In “Sonata Mandala to the Penumbra Bird,” echo seems to precede sound:

Scent of tea and points of star.

Affect falls dense, and what might feel like lacunae or mere white space in the work of another poet, figures as sensation. Feeling crowds and suffuses each gap. It is not so much a matter of a reader making logical leaps (though they can be made) as it is of following the quick pulses that run through the lines. Politics figure as oblique, yet Cerón is quite capable of brief, cutting critiques of the history and politics of America:

—Columbus on his knees in Hispaniola: the blindness of deer and
………the cunning needed to procure prey. Malinche, the first
American ….Babel.

Or, in “A Hundred and Twelve Steps”:

Pray, not the Our Father or the Ave Maria,
in your accent name all that is.

Her tonal ambiguity can bring off the most seemingly affectless statements as scathing hilarity:

Paraguay exists, as do Tampico and El Petén.

Moments exist, such as the end of the dryly-titled “Detail of a Plate Cylinder Section,” when a naked personal voice causes a solar flare:

Language comes drenched in history, sometimes in blood. Cerón is fortunate to have such a capable translator in the poet Anna Rosenwong. Not since Willis Barnstone’s dead-on renderings of Borges’ sonnets have I seen someone balance exactitude and invention this well, those twin imperatives that the best translators must find a way to obey. The two poets seem naturally affine. 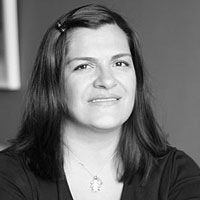 This bilingual edition lets us take that measure. The decision not to make the translations facing page gives each of the two books-within-a book a certain independent intrigue, and implicitly argues that a translation can aspire to become a work of literature in its own right.

A crucial compression gets conserved, respecting those flashes that prove vital to Cerón’s method. Just as one would wish of a sharp yet discreet editor, the translator practices a light touch.

I found the length of the poems, and the fact that some of them consisted of various numbered parts, satisfying. Who can know whether the poet’s “13 Ways to Inhabit a Corner” deliberately invokes Wallace Stevens’ “Thirteen Ways of Looking at a Blackbird”? Matching their opening lines, I venture to say yes, for this is a poet of practiced, subtle references.

I
Among twenty snowy mountains,
The only moving thing
Was the eye of the blackbird.

I
Ostriches in flight—there are women whose words are ash trees.

I leave it to you to play that wonderful and entertaining guessing game of literary homage. In any case, this is a book of great intensity and speed, one I am not ashamed to admit I read in an hour. We are well past the point where it is a novelty for a poet to court the rhetoric of quantum physics or use found language from an engineering manual to create nuanced or spectacular effects from the frisson of rose against metal. The machine took up residence in the garden long ago and none of us—poet, translator, editor or reader—should be afraid of polysyllables strewn among broken meter.

Diorama is only one of several interesting translations coming from David Shook, editor and sometimes translator of the relatively new Phoneme Press, ranging from Like a New Sun, an anthology of six indigenous language poets from Mexico, to several novels by the revered Peruvian novelist Mario Bellatín.

Rocío Cerón has become known for her multi-media performances, but you don’t have to see her live to appreciate this writing; just curl up on the couch with the window open and be entranced by her,

Rain on penumbra. Fur and grunt. Daydream and notes in outbreak of murmurs.