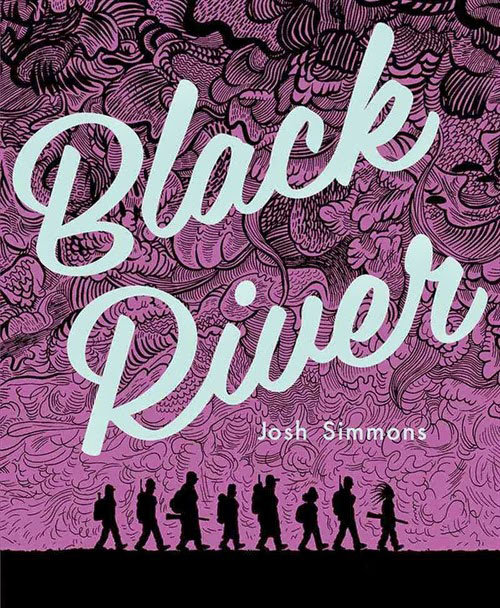 Despite society’s wonderment over advances of the human race, we are nonetheless fascinated by hypotheses of how the world may one day cease to exist. And while prophecies of rapture have yet to prove veritable, there exist countless fictional renderings of a post-apocalyptic Earth. The medium of graphic narrative has long played host to such tales, from the teenage plague that dominates Charles Burns’s iconic Black Hole to the psychedelic stylings of anarchist rebel Tank Girl. In this spirit comes Josh Simmons’s Black River, which follows a gang of five women and one man as they traverse a dormant planet void of laws and warmth.

Led by the experienced Seka over the course of more than a decade, the group searches in hopes of locating the fabled city of Gattenberg—“walled in and completely self-sufficient, protected by sharp-shooters all around the city.” They are survivalists to the Nth degree, employing stockpiled supplies unused by those now deceased; their camaraderie is strong (as they quite literally sleep together in an attempt to stay warm through the night) and extends both to preserving life and taking it when necessary. The reader does not receive much exposition regarding life before the present day, save for a wavering account of how every possible proposition of world’s end contributed to humanity’s current state of being. 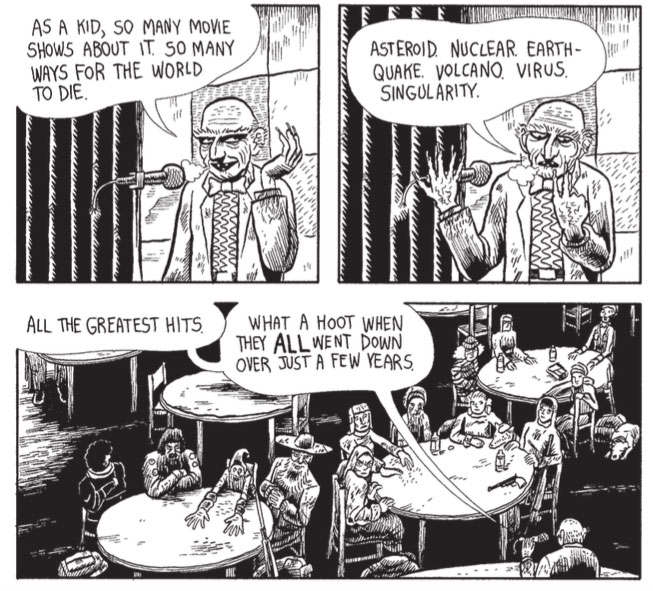 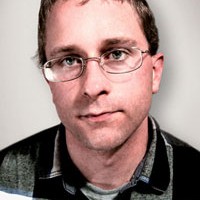 Traversing Simmons’s polarized world, the group seeks pleasure by imbibing in booze and a fictional drug dubbed Gum Drop to temporarily depart from the horrifying dredges of what has become day-to-day life. There is no room for ambiguity or respite from vigilance, and complacency proves to be near lethal on more than one occasion. Anarchy reigns supreme, as arguments are settled by individuals with quicker draws on their ever-ready guns. Even the threat of insanity is too great, as we learn through the multi-party shootout at a decrepit comedy club. One wrong move, whether it be sleeping too close to the edge of a lake or disagreeing with a zombified stand-up comic, and you’re permanently out.

Simmons relies heavily on sound to create atmosphere, forging familiarity between the world of the reader and this fantastical frozen tundra. He is imaginative in assigning kak-kak-kraaacks and skutches as humanity splits at the seams. Time becomes further skewed as the group continues traveling and begins to wonder just what it is they are searching for: when there is no real world left to enjoy, there remains little to live for. We witness this most strongly in the stream-of-consciousness ramblings of Suzie, who, in the midst of a psychological break in which she shears her tri-pointed coif, airs her desire to vanish completely from the world. 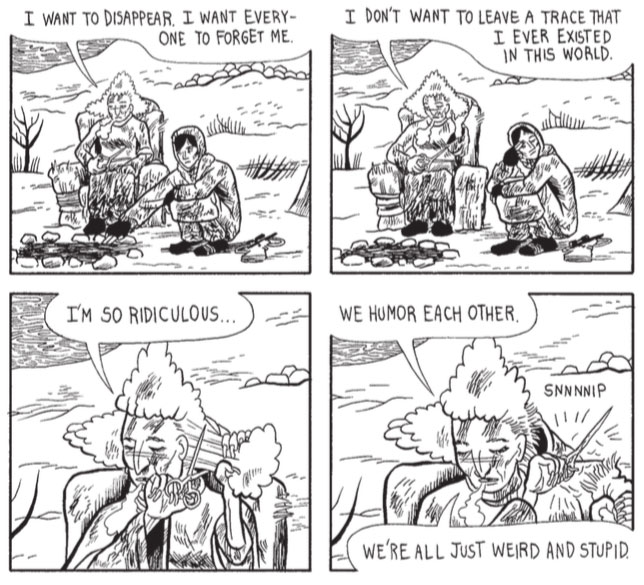 Death runs through the brigade, as rival villainous groups murder some and others choose to either abruptly end their lives or wander off to a more gradual and solitary demise. Although the general populous is waning, the natural world continues to spin onward toward some unknown existence. Inevitably, those who occupy this planet of unending terrors will one day cease to exist. It’s this molasses drip of eventuality that Simmons hooks us on, demonstrating that humanity may morph into its simplest and truest form when the darkest of hours is upon us.

In their trials, the inhabitants of Black River are transformed to the barest versions of themselves and exist past their mortal breath to coax the living to rejoin them in death. Seka explains this somewhat supernatural phenomenon to a comrade as she recounts a sighting of Caramel, the wayward traveler who is raped and murdered during the group’s temporary capture by a misogynistic group of men. Caramel lives on at the bottom of a lake, having turned from her happy-go-lucky self to a literal man-eater. 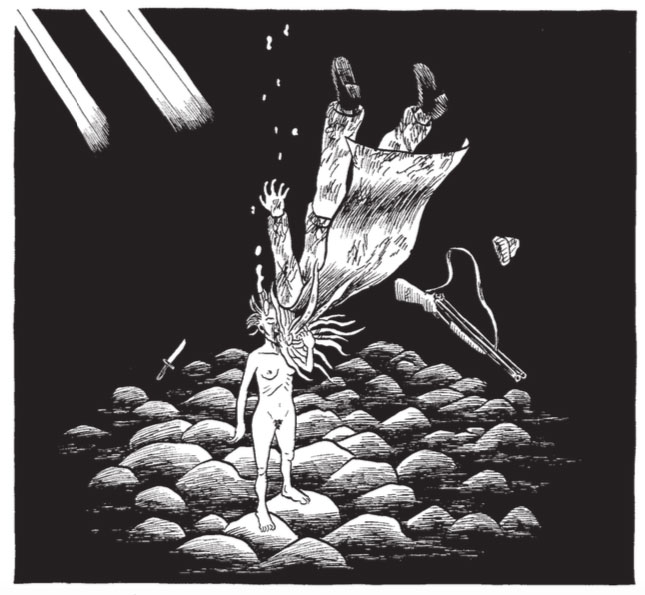 Appropriately anticlimactic, the closing panels of Black River perpetuate the hopelessness felt by Simmons’s characters as they continue to forge onward. Focusing on a single figure walking through a snow-laden landscape, we pan out and away from the cloaked entity and into a whitewashed page. Readers are pulled away from this world just as abruptly as they enter it, given little to no sense of satisfaction—a state that they have by now learned is long extinct. It is unknown whether one day this earth will turn warm and the population will again become stable. “It could always be worse,” some have been known to say. Here in the realm of Black River, that is precisely what continues to happen. 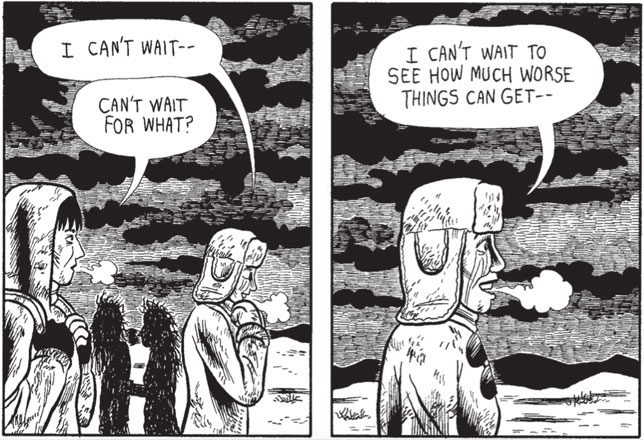