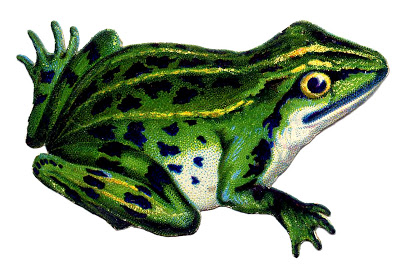 My brother and I followed Dad to the double garage. We were about to get new bicycles – our first. Five years earlier in Basel, Switzerland, I’d loved whizzing through the neighborhood on my push-scooter. Before that I cherished my small red tricycle. While we lived in Davos, up in the Alps, our focus had shifted to sledding and skiing, and during our short stay in Cape Town we lived in the suburb of Parow where hardly anybody rode a bicycle. Here in Empangeni, Zululand it was an entirely different matter. All our school friends had bikes, and now – after waiting many months – we were about to get our own for Christmas.

Dad opened the side door to the garage. “All yours! New and ready to go.” Excitement turned to disappointment as our hearts sank at the sight of two massive metal framed balloon tire bicycles with coaster brakes, and no gears. I instantly saw all my friends with their spiffy sports bikes laughing at me. In Zululand balloon tire bikes were the bicycles of choice for rural Africans, because they were low-priced, sturdy and absorbed the bumps on the gravel roads so well. I presumed my father, who loathed the apartheid system, was teaching us not to think we deserved or needed anything better or fancier than the Africans. We were too young to think in political terms. He just didn’t ‘get it.’ We kept mum and tried to mount these Clydesdales of bikes, but the heavy horses were far too bulky for us. I was ten and couldn’t even reach the pedals. Even Dad recognized we’d have to return them.

The following week the three of us went to the local bicycle store and bought two Raleigh Sports 3-speed bicycles; blue for George, green for me. We were happy; they looked exactly like those of our friends, except they didn’t have drop handlebars. I’d fix that soon enough. The bike became my constant companion and gave me the freedom to roam. I rode it to school, the pool, friends, piano lessons, the tennis courts, rugby practices, shopping; I raced down dirt roads, along footpaths and game tracks, through sugar cane fields, everywhere.

On weekends and in the vacations my friends and I undertook longer bike tours inland, or to other towns and villages; but mostly we rode along the coast, either south to Mtenzini Beach, or north to Richard’s Bay. These were typically day trips, but sometimes we camped out. We’d set out before sunrise with a few rand in our pockets, taking breaks at various rivers, climbing up to the tops of bridges to spot crocodiles and other wild game. The highlight was to have a burger and a brown cow (coke and ice cream) on our arrival, after which we hit the beach. Of the many trips I took on my first bike, the last was the most memorable.

An uncommonly violent storm had raged throughout the night. Bernard and I almost canceled our bike tour to Richard’s Bay. We got up at 4 a.m. and the wind still lashed around the house. But we stuck to our plan when we saw stars piercing through the scattering clouds. Off we pedaled into the dark of dawn, our teardrop headlights bobbing in front of us. The ditches and gullies rushed with water, and some of the low lying roads were flooded – an unusual sight in Zululand.

Riding out of Empangeni we noticed an even more unusual sight. Dead frogs lay strewn across all the roads. Hundreds, small and large! A few twitched. We tried to avoid the frogs, but there were too many of them and heavy gushes of wind made maneuvering difficult. While frantically zigzagging I skidded and crashed. The chain came off, both mudguards were bent, and my shirt was ripped. Apart from scratching my palms and elbows I was unhurt. Bernard laughed, pointing to some dead frogs stuck to my jeans. I brushed them off with disgust, adjusted the mudguards, and put the chain back on. After that I ruthlessly rode through the slushy carpet of frogs – mile after mile of glistening little bumps of flesh.

It had literally rained frogs. They were not only on the road, but lay scattered all across the veld and sugarcane fields, thousands of shiny corpses lit up by the morning sun. To make matters worse I got a flat tire, caused most likely when I came a-cropper. Though usually well prepared I’d forgotten my tire patch kit. Bernard had his, but the tube of glue was empty.

We stood around wondering what to do when an elderly Zulu drove by on his balloon tire bike. The bike had two large mirrors with red and green plastic frames that stuck out like curious fisheyes, and four bicycle bells, ranging in size from a yo-yo to a grapefruit. He noticed our plight, and without a word stopped to help. He turned my bike upside down, removed the tube, found the hole, took a piece of string, tied it tightly around the damaged area, reinstalled the tube, and pumped up the tire. We watched, fascinated, grateful. Once done, he smiled, saluted, and rode off, ringing his bells.

Around Richard’s Bay there were no frogs, the wind had ceased, and it had turned into a warm, clear day. We enjoyed our traditional burger and brown cow on the stoep of a funky café, after which we freewheeled down to the bay, dumped our bikes in the shade of a banana tree, went swimming, and tanned in the sun. When we returned a couple of hours later to ride back home our bikes were gone. We looked all over the sand dunes, but they were nowhere. Stolen! Back at the café, Bernard called his dad, and we waited for him to pick us up. I never felt the same close connection to any of the bikes I owned after that, nor experienced another frog rain. 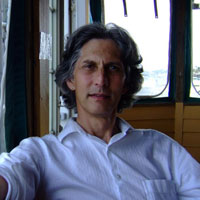 Eric G. Müller is a musician, teacher and writer living in upstate New York. He has written two novels, Rites of Rock (Adonis Press, 2005) and Meet Me at the Met (Plain View Press, 2010), as well as a collection of poetry, Coffee on the Piano for You (Adonis Press, 2008). Articles, short stories and poetry have appeared in many journals and magazines. His website is www.ericgmuller.com.