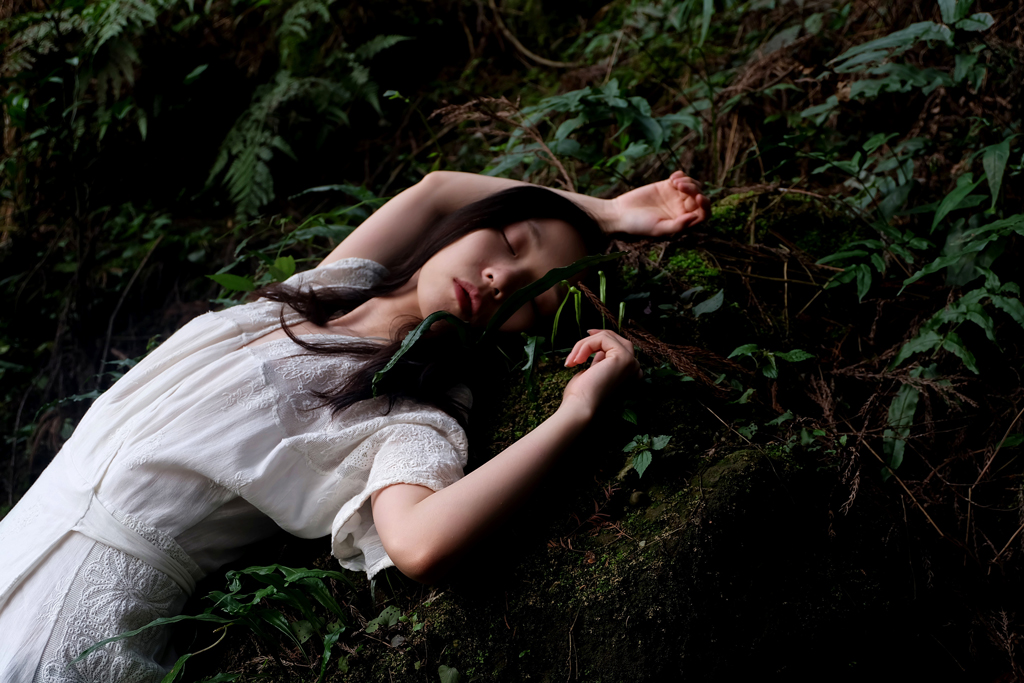 BEING THE MURDERED ACTRESS
by Cathy Ulrich

The thing about being the murdered actress is you set the plot in motion.

Your picture will be in the tabloids, your parted mouth, your half-closed eyes. She was so beautiful, people will say. So young. You’ll be loved, desperately. Photos of you cut out of magazines, pasted on bedroom walls; your name tattooed onto forearms, upper thighs. I’ll never forget her.

In your death, you will be larger than life. Like a face on a movie screen.

The tabloids will announce the production of the biopic. They’ll look for the perfect girl. Starlets will line up for auditions in red lipstick, spike heels. They’ll all have their hair styled like yours. They’ll have watched your films as research, research, even your earliest films, where you didn’t have any lines, filled in the background, stood, sat, walked, smiled, looked pretty.

What’s my motivation, you used to ask your directors.

Be sexy, they said. Be soda pop and apple pie.

That’s what they’ll tell the starlets in line, twisting in their heeled shoes, rubbing the backs of their necks.

Be soda pop, the starlets will agree, think of bubbles, think of fizz, think of the snap of aluminum coming undone.

She’s the one, the whisper will go down through the line of starlets, she’s the one.

The producers will be nodding, the director. She’s the one, yes, nodding, thinking how well they knew you, how well everyone did.

When the girl from the stage is cast in your biopic, the tabloids will begin to call her by your name. Her own name will be gone. Our new girl, they will call her, our new beloved one. The girl with your name will look in the mirror sometimes, see your face.

The girl with your name will film your death scene first.

We have to see if you can handle it, the producers will say. The rest will be cake.

Easy as pie, the producers will say.

The girl with your name will never understand why the producers always talk food, soda pop, apple pie.

Are they so hungry, she’ll say to the makeup artist in your voice.

The producers will have the death scene shot again and again, watch the daily rushes, shake their heads.

It needs to be more real, they’ll say.

We need to believe it, they’ll say.

The director will ask for different angles, for less lighting, more lighting. The director will kneel beside the girl with your name, playing dead on the concrete floor, sheer black teddy, restrain her shivering body.

Every actress wants to play a death scene, the director will say.

He’ll grab the girl with your name by her thin wrist. It will be like grabbing you. He never touched you, not when you were alive. He’ll think it would have been like touching her now. He’ll pull her off the concrete floor by that one wrist and the girl with your name will think how it is, the difference between the two of them, his hand, her wrist, will think is this how she felt, will think, yes, this is how she felt. 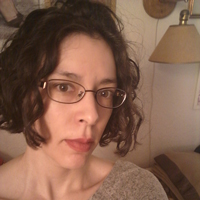 Cathy Ulrich has picked up most of her movie lingo from reading books on silent films. Her work has been published in a variety of journals, including stories from the “Murdered Ladies” series in Cotton Xenomorph, Bad Pony, and Crab Fat Magazine. Her story Your Mother Sings When She’s Alone appeared in Issue 9 of Cleaver.