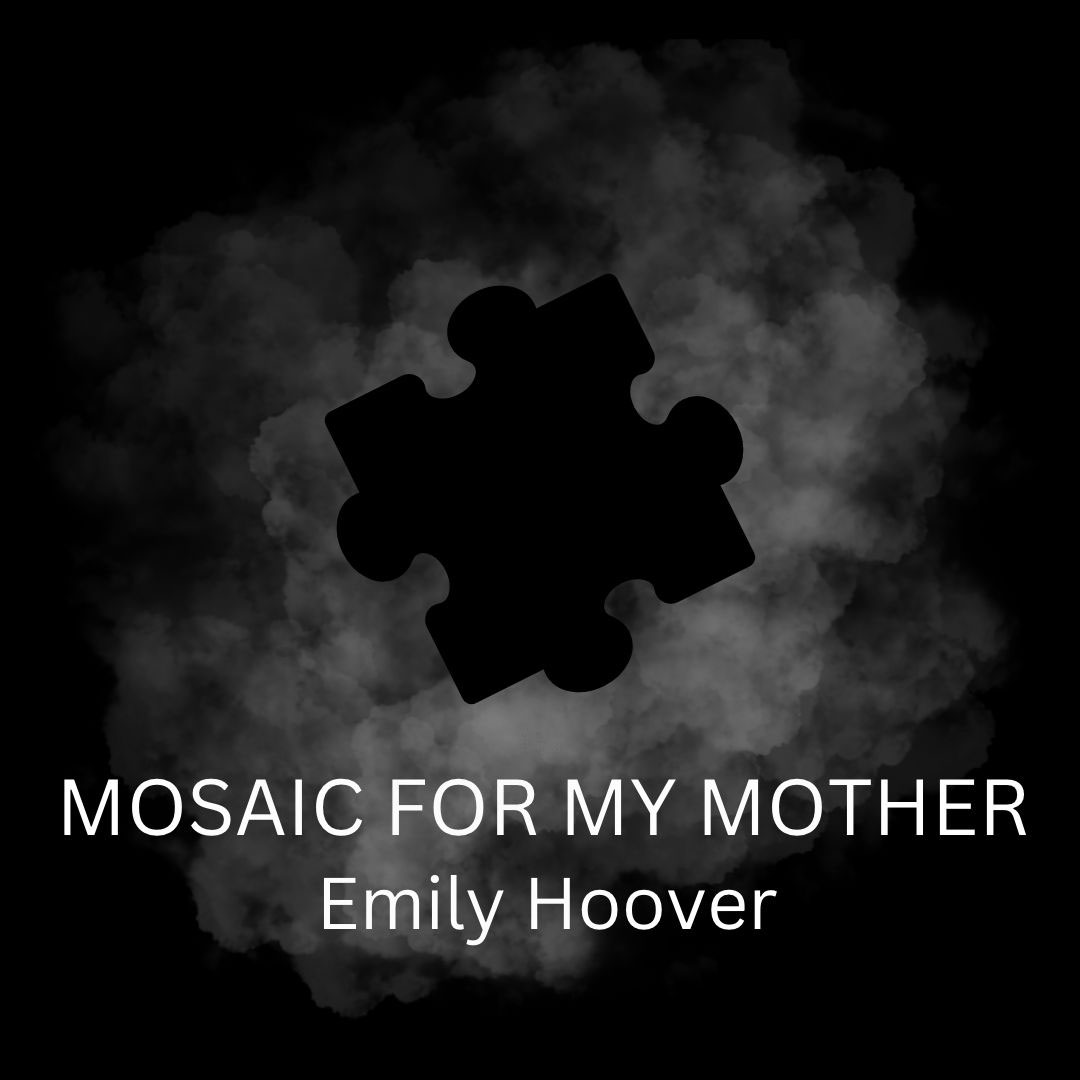 MOSAIC FOR MY MOTHER
by Emily Hoover

When I was a teen, she’d sit on the porch cloaked in a cloud of cigarette smoke with pruning shears in her hands. She’d whisper to herself while cutting photos of George W. Bush out of the newspaper because she couldn’t stand to see his face on the front page, especially after 9/11. I thought it was normal, but my friends’ moms cut chunks of cookie dough into hearts while baking. They didn’t talk politics, especially when no one was listening.

She’d open mid-day beers in the closet and fall asleep on the porch at dusk, her hair kinking from the humidity. Smoke plumed from the ashtray, a grayish ink.

Dad would watch reruns of Seinfeld, laughing at the same jokes while piecing together the sports section.

I am twenty-eight when she is diagnosed for the first time and prescribed a cocktail of mood levelers and antipsychotics. In other news, Dad says, her aloe plant had pups, and her garden swells with eggplant.

We end the call. I end up on Facebook and see an Amazon ad for Birkenstock two-strap sandals with a Monstera deliciosa print. Plant parenthood is her tether to reality, so I order them, choose the option for two-day shipping.

On her birthday, Dad calls. He passes her the phone.

What if it’s the same people who are poisoning the food?

We talk for an hour about Amazon and government surveillance. She tells me she understands the purpose of the box and my gift.

She wants to gain some weight.

Then, after a beat, she tells me there are people living in the attic. She can hear them shuffling.

Dad calls. She is tending to the echeveria wearing the Birkenstocks with socks. She has put on ten pounds after quitting drinking, and she is smoking less than a pack a day.

He passes her the phone.

She tells me the therapist looks just like Huey Lewis. I hear Dad’s laugh, like thunder, in the background.

She wants to make the eggplant dish I like, the one with the capers, the next time I’m in Florida.

No one remembers it’s my twenty-ninth birthday, not even me.

She calls. It startles me. She believes someone has stolen the car. I ask for Dad, but he’s at the store. She tells me there’s no more chatter, but I can hear her whispering to someone no one else can hear.

The window is open. The sheer curtains sway. I argue with acquaintances on Facebook, denouncing Donald Trump’s foreign policy.

Later, I stand in the mirror, my grayish blond hair kinking in desert monsoon mist, and wonder what else I have inherited. Monstera cuttings root in water near the bathroom window. I wiggle my toes in Birkenstocks. I listen for the phone, Dad’s laugh, her sigh. My own voice echoes in my head. 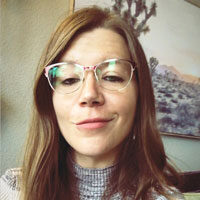 Emily Hoover is the author of the novella in stories, Snitch (Wordrunner eChapbooks, 2021), and the zine of micropoetry, Portrait of My Mother Living with Mental Illness (Rinky Dink Press, 2022). Her poetry, fiction, and reviews have been published by or are forthcoming in Sundress Publications, The Disappointed Housewife, The Citron Review, FIVE:2:ONE, Bending Genres, Limp Wrist Magazine, BULL, Necessary Fiction, The Los Angeles Review, Ploughshares blog, The Rupture, and others, and her fiction has been nominated for Best of the Net. She lives in Las Vegas. You can find her on Instagram and Twitter as @em1lywho. Her flash fiction piece “Mosaic for My Mother” received Honorable Mention in Cleaver’s 2022 flash fiction contest judged by Meg Pokrass.