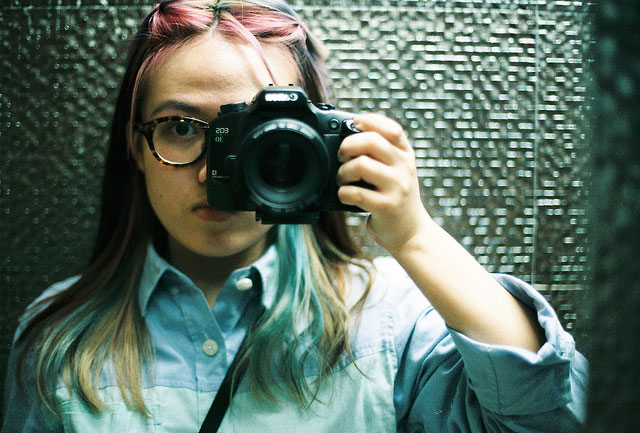 YOUR MOTHER SINGS WHEN SHE’S ALONE
by Cathy Ulrich

Your mother loves to sing. She only does it when no one else is around. She says, I’ve got a terrible voice, and you believe it. Your mother never says anything she doesn’t think is true.

When you asked your mother why is the sky blue, she didn’t know the answer. She thought she might have asked her own parents when she was a child. She thought maybe every child did it. She said she didn’t know, science maybe, and said a more pressing question was, What if my blue isn’t your blue? What if my blue is your purple? How would you know?

Your mother doesn’t know the answers to lots of things. She didn’t realize how stupid she was, she says, until she became a mother. I used to think I knew it all.

She knows lots of things, actually, but they’re all useless, like there’s a kind of bug that can eat toads, or that silent filmmaker D.W. Griffith died in a hotel lobby.

Nobody cares about all that, she says, except for her.

Your mother has a disease when she looks in the mirror it makes her cry sometimes.

When you were a baby, she liked to count your fingers and toes. There were always ten of each, and they were so perfect.

Your mother sings to you. It’s all right because you love her, so you don’t mind her terrible voice. She sings songs she’s made up. A lot of them just go la la la.

You sing with her sometimes. La la la, the two of you together.

When your mother gets her photograph taken, she covers her face. It looks like she’s only a pair of hands.

Your mother says that’s all right. At least my hands are pretty.

Her pretty hands dance when she sings la la la. She picks you up in her dancing hands and you go round the room together, round and round, la la la.

You dance until you’re dizzy, and then you laugh and laugh. Your mother tucks her hair behind her ear and gets her camera out of its drawer.

Say chizu, she says. Your mother is learning Japanese. She knows how to say rabu hoteru.

That means love hotel, she says.

You say love hotel and smile for the camera.

La la la, your mother sings while you pose.

She shows you the pictures, and you know that you’re beautiful, just like she says. 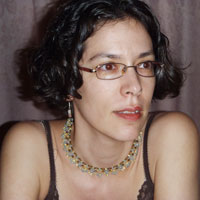 Cathy Ulrich knows lots of other useless things, like how Depression-era criminal Alvin Karpis taught Charles Manson how to play guitar. Her work has been published in Crab Creek Review, Vine Leaves Literary Journal, Literary Orphans, and others.