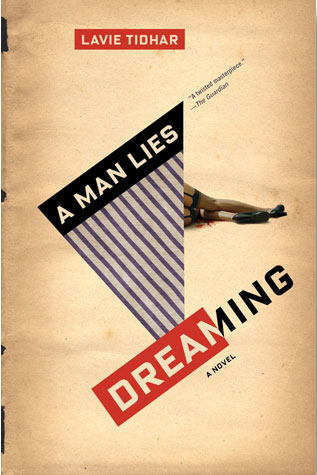 When a novel opens the gates of Auschwitz, we expect to be moved by a tale most of us are familiar with. We expect to see Elie Wiesel searching for his father’s emaciated body in the snow. We wait for Oskar Schindler to brush snow from his car and then realize that it is not snow but the ashes of burned bodies. Above all, we anticipate a tale that unites us in our hatred of Nazi Germany and makes us weep for the injustices inflicted on Jewish people. A Man Lies Dreaming is none of these things, and never brings us down the path we expect.

This is Lavie Tidhar’s third novel, published in Europe in 2014 and now released in America, winner of the 2015 Jerwood Fiction Uncovered Prize, A Guardian Best Science Fiction Book of the Year, a Scotland Herald Best Crime Novel of the Year and a British Fantasy Award nominee. A Man Lies Dreaming follows Wolf, a private detective who flees from a concentration camp in Germany and works in 1930s London among Nazis and fascists. He is hired to find a wealthy Jewish woman’s missing sister and investigate the murders of various prostitutes. As the murders keep occurring outside his office and all signs point towards Wolf as the culprit, he confronts the possibility that someone is trying to frame him. Meanwhile, a seemingly unrelated man named Shomer lies dreaming in a concentration camp.

And so into the night, Wolf went, a thousand lamps glimmered in the dark, and the ancient light of a thousand stars fought through the cloud cover to be changed forever by the hard surfaces of the city; within its narrow twisting alien alleyways, Wolf walked like an explorer on the surface of a foreign hostile world. 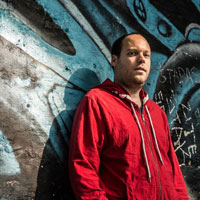 Aside from Tidhar’s unusual narrative choices, what makes this novel so unique among Holocaust stories is that the protagonist is not a hero but a violent anti-Semite with a fetish that may make many readers uncomfortable. Yet we can’t help but sympathize with him when he scours sex trafficking rings for a missing girl and gets thrown in jail for his efforts, or when he saves a prostitute from bleeding to death and is consequently accused of stabbing her. Please note that as a non-Jewish woman, I am not suggesting that it is my place to determine if anti-Semitic characters can be redeemed or should be sympathized with, but I trust that Tidhar—who is Jewish—was intentional in writing an anti-Semitic protagonist in such a complex way and am analyzing the character as such. Wolf’s life illuminates the unfairness of the corrupt legal and political system, and for that he becomes at least somewhat relatable. In him, we see a man who used to be great but, like Germany, has fallen. Characters speak of his former glory and the man he “used to be,” and suddenly his current job of doing rich people’s dirty work is no longer despicable but deserving of pity, because we are all afraid of falling as far as Wolf. Tidhar succeeds in painting a complex protagonist who both attracts and repulses us because we see our dark sides in him.

Wolf’s story hurts in a way that is almost too painful to read; he is not only beaten up countless times but also sexually humiliated, left alone in a country that no longer wants him and forced out of his home. We expect a Holocaust story to hurt, but the stark way that Tidhar describes Wolf’s life outside of the concentration camp evokes sharper and more painful emotions than the distant and poetic way he describes Shomer’s account of life inside of one:

And all around him the men toss and turn and cry in their sleep ten to a row, dreaming of loved ones, and their dreams turn to ash in their mouths and they turn and they dream of food, masticating in their sleep, hollowly, that endless sound of hundreds of men all chewing food they would never chew again.

Shomer’s exquisite narrative is lyrical enough to be poetry, a melodic counterpart to the horrors of Wolf’s universe. But it does not lack direction or purpose. It leaves us with an unorthodox Holocaust story in which the Holocaust is not actually the focus. Tidhar does not rely on history to create conflict for him. Instead, he pries deeper into what events like the Holocaust reveal about our fears of failure, shame, and rejection, and above all how we climb our way out of the dark holes that we dig for ourselves.

You are not meant to understand this novel until the end, when one final plot twist, like a knife to the side, makes everything clear. Tidhar executes the turn masterfully; the last chapter was something I never expected and quite literally took my breath away. Of course, the clues are all there when reading it through a second time, but Tidhar is just subtle enough, keeping all the hints at a carefully calculated distance, so that we realize the novel could have ended only one way and yet we never saw it coming. 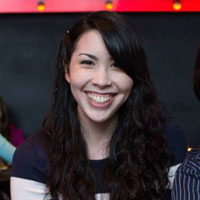 Kylie Lee Baker is a student from Medford, Massachusetts, pursuing a double major in Creative Writing and Spanish at Emory University. She won two Gold Keys from the Boston Globe Scholastic Art and Writing Awards for her poetry and short stories, and her collection of vignettes, All of Us, Someday, was nominated for an American Voices Award. Her flash piece, “Voltage“, which appears in Issue No. 11 of Cleaver, has been selected for republication in plain china, a national anthology that showcases the best undergraduate writing from across the country. Find her online at kylieleebaker.wordpress.com.