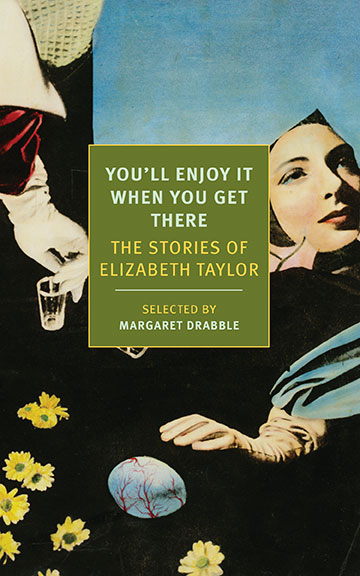 No, the other Elizabeth Taylor. The English one, who you’ve never heard of. The one who was a librarian and a governess, because that was still a thing in England in the 1930s, before marrying a businessman, which was also a thing and a perfectly acceptable in terms of occupations for men, prior to the invention of career terminology like “Lead Regional Response Liason” and “Customer Solutions Engineer.” It was a different world, in which you could be a writer and a housewife at the same time, and wear white gloves and talcum powder, and have a lover, and have two sets of riveted china, whatever that is. It is a world Taylor describes perfectly in her story “The Benefactress,” in which people “kept to themselves, drank their own tea in their own kitchens, used surnames, passed a few remarks, perhaps, when they met by chance in the graveyard or weeding their garden plots or, dressed in their best, waiting for the bus to go to the village and draw their pensions.” Every peg has its right hole. In unfamiliar circumstances, the characters’ familiarity with rightness changes.

Taylor was born Betty Coles and there is still a touch of that jealous, lower-middle-class observation in each of the incisive stories in You’ll Enjoy It When You Get There. No person is exempt from Taylor’s beady appraisal, and each story reveals that, with time, each character is at his core preposterous. There is no “good” and “wicked;” this is post-war England, and all things exist on a sliding scale of what’s tolerable. The less comfortable Taylor’s characters are, the more they reveal of themselves; it is discomfiting, and thrilling, to see what lurks beneath the surface.

You’ll Enjoy It When You Get There bears the fingerprints of the unimpeachable Margaret Drabble, who selected each of the stories and wrote the introduction. The stories have a continuity and readability that make for easy going. As well as organizing Taylor’s pieces, Drabble’s involvement acknowledges her as part of the lineage of female British writers that might include names like Doris Lessing and Zadie Smith –smart, hard-nosed women who write about the strictures of class, and how that plays out in the drawing room. According to Jose Francisco Fernandez, who himself cultivated Drabble’s collection A Day in the Life of a Smiling Woman, well made stories are “neatly constructed, carefully contextualized, focused, unified in tone, elegantly climactic, at times tinged with the seriousness of a moral dilemma. At the same time, they are so very English.”

Taylor’s work was not exactly obscure; her craft is on par with Drabble’s, probably tighter in places, more subversive. And she wasn’t exactly a nobody in America, either. “Her novels were difficult to sell in the States, despite her frequent and highly paid appearances in The New Yorker.” Which begs the question: why isn’t craft enough? 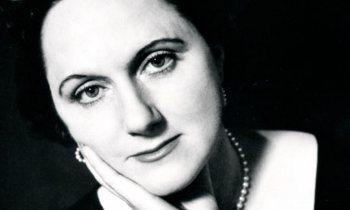 Taylor’s England is different than the one we’ve been swapping spit with since the 1990s. This is not the England of Guy Ritchie, Gwyneth Paltrow’s totally fake accent, J.K. Rowling, and One Direction. Instead, “restraint, moderation, common sense, intolerance to snobbishness … wit, and seriousness” rule the day, making Taylor’s fiction as un-American as a meeting of the Cuban Communist Party. She asks us to make friends with discomfort. Her stories showcase small sufferings, failings, and mistakes. Over time, as American fiction leans more on conservative writers like Alice Munro, John Cheever, and John Updike, Taylor and her ilk may be more palatable to literary highbrows. But this is rarely sufficient. The fact is England is alien to us as Ray Bradbury’s Martian landscape. For example, in the collection’s title story,

All that Rhoda was to see of this Midlands town was the dark, windy space between the station entrance and the great station hotel as they followed a porter across the greasy paving-stones and later, a glimpse from her bedroom window of a timber-yard beside a canal.

When she was alone in the hotel bedroom, she felt more uncertain than ever, oppressed by the null effect of raspberry-coloured damask, the large intolerable pieces of furniture, and the silence, which only sounds of far-away plumbing broke, or of distant lifts rising and falling.

Imagine this other world. Lifts, porters. Damask the shade of drying blood. In the States, where “sympathetic” characters are considered evocative and powerful, where we’re taught to see ourselves in every paragraph and written across every landscape, this type of description will not do. And yet, Taylor’s fiction pushes us beyond the boundaries of ourselves; if anything, she’s doing the reader a favor. Without the distraction of the ego, the chronic me me me that American fiction encourages through its unrelenting “relatability,” the story is stripped bare. It’s telling that, in most of these stories, the main characters hide under awnings and umbrellas, holding a book—not to read, but as a barrier. A means of escape. In “Girl Reading,” the girl, Rose, “seemed to fall constantly into the same pose, as she sat on the river bank, bare feet tucked sideways, one arm cradling a book, the other outstretched to pluck—as if to aid her concentration—at blades of grass. Her face remained pale, for it was always in shadow, bent over her book.” Rather than relate, these characters deliberately look away. They seem to rebuke the reader, as though asking him to mind his own business.

We can appreciate Taylor’s craft, the master hand that guides each character and twist of plot. It’s difficult to generalize, especially in a collection, but suffice it to say that each piece in You’ll Enjoy It When You Get There rises from the water like the ribs of a shipwreck. Each long, wooden bone outlined against a blisteringly clear sky, each offering its pure form to the pulling wind. We are a long way from England; our own Englishness sank years ago. But writing, because that is still a thing, finds a way to transcend obscurity, time, and our natural selfishness. Elizabeth Taylor, the shell around the pair of peering eyes named Betty Coles, sees right through us, and through us, and through and through.