The rhombus, that exotic, italicized quadrilateral, is really, by its geometrical properties, simply a square without any right angles. It’s an amusing case of the rarified and the mundane, the complex and the simple, being much closer together than they seem. Fitting, then, that Marc Jampole evokes the rhombus and its family of shapes with such frequency in his new chapbook Cubist States of Mind/Not the Cruelest Month .

The square book (or rhomboid one, if you prefer) itself changes depending on how you look at it. Jampole has combined two thematically self-contained series of poems in one volume, printed back-to-back in a “flip book” format.

The square book (or rhomboid one, if you prefer) itself changes depending on how you look at it. Jampole has combined two thematically self-contained series of poems in one volume, printed back-to-back in a “flip book” format. Each side is in dialogue with a major figure in the history of modernism. Cubist States of Mind translates Picasso’s analytical cubism into a verbal medium, guiding the reader through the broad field of affect visible in Picasso’s oeuvre from “Cubist Anger” to “Cubist Hunger” to “Cubist Uncertainty.” In Not the Cruelest Month, Jampole sketches a turn of Central springtime in the style of T.S. Eliot, finding in snapshots of the park, the streets, and subway not a wasteland, but a lively sprawl emerging from hibernation.

The internal consistency of each side of the book makes them both hard to put down. Just as soon as each poem arrives at its own rhythmic conclusion, the vitality of Jampole’s words launch the reader onto the next page. In their contrast, the two halves perfectly showcase Jampole’s range. On the one hand, he revels in poetry as handiwork, sculpting prisms that refract and amplify meaning through sound, diction, rhythm, and rhyme. On the flip side, his poems can be emotionally charged, rich with bittersweet personal reflections, prompting the reader to lean through allusions to memories that could be true to the author or fictional (“gusty stroke of red across an abstract canvas/…hot and cold all at once,/like the color of the towel she wore). Depending on which way you look at it, Jampole offers either life as full of delicately crafted beauty, or art as the simplest possible depiction of truth.

Part of the pleasure of Cubist States of Mind is feeling out the unwritten but unmistakable rules that hold it together as a collection.

Part of the pleasure of Cubist States of Mind is feeling out the unwritten but unmistakable rules that hold it together as a collection. Jampole revisits an interest in textual geometry from “Pascal’s Triangle” in his book Music from Words, arranged into triangular stanzas in reference to the mathematical curiosity. Each entry in Cubist States of Mind is made up of seven cubist rhombi: couplets with the lower verses indented. Within this firm structure, however, no verbal material is off limits. Jampole evokes Picasso’s crowded canvasses, cramming together sights, colors, shapes both visual and verbal (“Heaven is a circle, Earth is a square,/and in between her coil of truth unspools/her stones of blue belief disintegrate into pale geometries”), scraps of dialogue, alliterations, rhymes, and abstract visions. 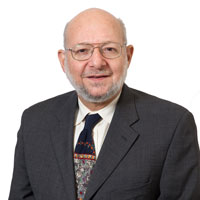 At a time when Manhattan is so busy and overfull, the quiet, intimate portrait of the city Not the Cruelest Month delivers will delight the New Yorker with lines like, “Twists of conversation ride the wind -/ well I mean like so anyway you know/you see no way it’s like I go-/ meaningless as the chirp of birds.” Unlike in the modular Cubist States of Mind , this series is united by what feels like an implicit narrative point of view. Vignettes take us through street, park, and subway, a diversity of verse and rhyme schemes capturing the city’s vibrant heterogeneity—this shines through especially in “Central Park After Sandy Left,” which tosses words and phrases across the page, uprooting them like the massive hurricane did to New York trees in 2011. April is an elusive shimmer Jampole aims to snap a picture of and Not the Cruelest Month fills the reader with the anticipation, both invigorating and anxious, of the beginning of Spring.

If anything is consistent throughout Jampole’s work, it is its semiotic density. Cubist States of Mind/Not the Cruelest Month can feel like a lightning-quick read from cover-to-cover-to-cover, but begs to be re-read. Jumping from image to image, often letting the reader’s imagination bridge the logical gap between the two, revisiting one of Jampole’s poems can render it an entirely new experience. Consider the couplet from “Cubist Wonder,” “eyebrows raise and curve like Gothic arches,/horizontal wrinkles cross the forehead:” are we picturing a Gothic castle as a face or a face as a Gothic castle? The moment one closes the book, one has the peculiar sensation of having read it years ago, its contents so intricately layered that memory alone can only render the broad strokes.

Jampole’s close study of Picasso and Eliot makes this a thrilling read for readers and writers invested in the historical modernist movement. Simultaneously, the book has much to offer contemporary creators interested in experimenting with form and realizing new possibilities for poetry as we move further away (temporally and/or cognitively) from modernism. The book’s light, compact physical presence and the clear thematic promise of each mini-collection are sound strategies for exciting a potential reader’s interest and welcoming new audiences to poetry. The content itself also raises philosophical questions of interests to artists and theorists alike, as in “Alone I Stand:” “Did Tu Fu really say, one balmy April Day,/speaking not as poet but as person,/under the leafless trees that teased the Tang Chinese,/ Man and nature are the same? ” In its treatment of Manhattan’s urban environment, Not the Cruelest Month ruminates on the often thin boundary between the natural and the artificial, and the highly disputed position of art on that spectrum.

Whereas his previous book references artists, movements, historical figures, and myths, Jampole has made the bold choice here to work from two overarching cultural touchstones. Rather than searching for the vocabulary it shares with the reader, Cubist States of Mind/Not the Cruelest Month undertakes the creation of a new such vocabulary altogether. The result is two series of poems that sit on the edge between the particular and the universal, the everyday and the extraordinary, the true and the beautiful. 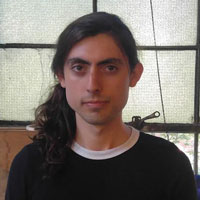