A conversation between a writer wife and her artist husband, in a quest to understand 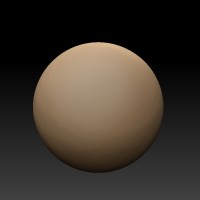 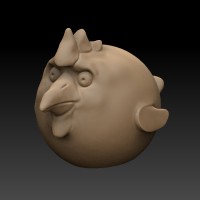 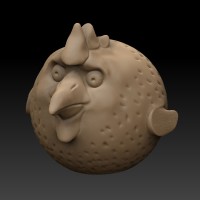 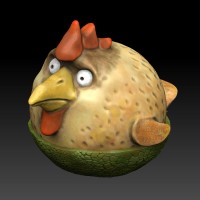 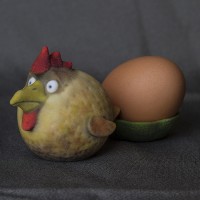 BK: You spend hours in your garage studio (among the ghosts of a skinny car, in the shadow of night visitors, within walls yellowed by old fuels) fiddling with electronic pencils and twinned screens, and you come up with … a chicken? Why a chicken? How did your chicken begin?

WS: It began with a sphere about the size of a golf ball. I’m sure electrons are involved but what is really being manipulated are vertices. This chicken was really a way to test 3D printing technology (color and all). No lofty idea—just that as someone who works with 3D “art,” I wasn’t going to leave that stone unturned.

BK: And I thought I had married into lofty. Didn’t you promise me lofty? Okay, then. You began to pull and poke at this thing, began to manipulate these vertices. The computer can’t resist you. There isn’t any tactile feel to this material, no smell, nothing that gets your hands dirty. Do you still consider this art? Because, at the very least, I married into art. Didn’t I?

WS: That part feels more like a craft than an art to me. I am usually making images that will exist in two-dimensional space (printed or on a computer screen). What I like about the process is the flexibility of constructing something in virtual space and then “walking” in or around the object to determine which view will work best for my purposes. I don’t have to capture the decisive moment right away. I can capture the whole moment and then decide later.

BK: I married a craftsman? Now you tell me? You married a writer, by the way. And she’s never changed her professional tune. In any case: You painted your chicken, you hollowed it out—all virtually, of course. What, precisely, were you hoping for as you worked? How did you know you were done? I know it wasn’t when I called you for dinner, because you showed up late. Repeatedly.

WS: It was done when I felt it made a big enough contribution to the cultivation of the human spirit.

BK: As you do. Every day. What does this new art replace, in terms of traditional, tactile craft?

WS: You can now turn very intricate and complex geometry into a precise physical object, something that would be very difficult to do by hand. You can, for example, make an object based on a mathematical equation (like a gyroid). With this process there are fewer limits on producing what you can imagine.

BK: You make me afraid, very afraid. I have had encounters with your imagination.

BK: Then answer this: What can never be replaced in terms of traditional, tactile craft?

WS: Nothing can replace the story that hands leave on an object.

BK: Such a nice sentiment. You make me fall in love all over again. (With you, in case you were wondering.) How does this 3D stuff compare to the actual pottery work you have begun to do—in a real studio, with real people, real dust, real kilns?

WS: They are completely separate things for me. When I work with 3D software I need to have a clear path to where I’m going with it. I need to know what I’m trying to make in order to figure out how to do it. With pottery I’m still part of my own audience; I don’t really know what it will be or how it will turn out, even though there is a certain amount of preconception in pottery. Things like gravity, the properties of the material, tools, dexterity etc. all play equal parts along with the brain.

BK: How does this change what is possible for artists? Because you are, also, still an artist. Right?

WS: I think it opens up another door for those who are in the business of making things. 3D printing has been around for a while but it has recently become more available and affordable to everyone. I’ve seen 3D printed jewelry in galleries and there are also people studying how to use similar technology in large-scale products (such as architectural components). The use of 3D software in general is just another tool in the shed. Creative types will always find ways of putting it to good use—either as a way of making images and/or physical objects. 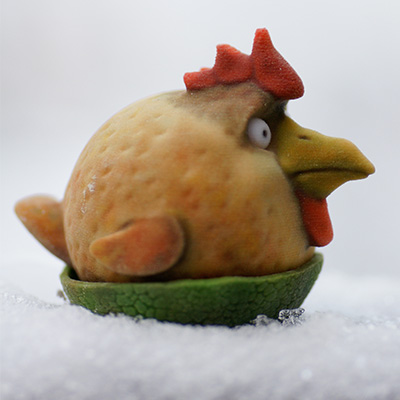 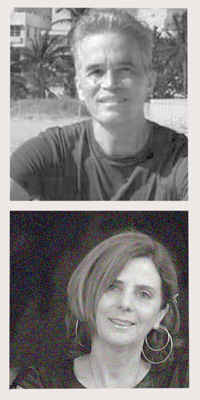 William Sulit, a photographer and an award-winning illustrator, received his master’s degree in architecture from Yale University. Today he is the design partner in the boutique marketing communications firm, Fusion Communications. His photography and illustrations have appeared in Ghosts in the Garden (authored by Beth Kephart) and Zenobia: The Curious Book of Business (authored by Beth Kephart and Matthew Emmens) and will be featured in the forthcoming Dr. Radway’s Sarsaparilla Resolvent, a novel of 1871 Philadelphia written by Beth Kephart (Temple University Press/New City Community Press).

Beth Kephart, an award-winning writer of fifteen books, is the strategic writing partner in Fusion Communications. She teaches creative nonfiction at the University of Pennsylvania, writes essays and reviews for a number of national publications, and blogs daily atwww.beth-kephart.blogspot.com. Her most recent novel, Small Damages, was named the year’s most lyrical young adult novel by The Atlantic Wire.