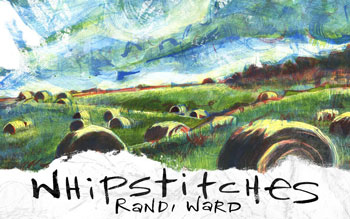 Ezra Pound, in his 1918 theoretical essay “A Retrospect,” defines the modern imagist poem as following three formal tenants: “1. Direct treatment of the ‘thing’ whether subjective or objective; 2. To use absolutely no word that does not contribute to the presentation; 3. As regarding rhythm: to compose in the sequence of the musical phrase, not in sequence of a metronome.”

In view of these principles, it would at first seem that Randi Ward, in Whipstitches, has written a collection of imagist poems, a description of the pastoral in bite-size chunks. However, and in my mind this is some small miracle, Ward’s tiny poems—sometimes no more than 10 words in full—have a soul. They have a light. They work in tandem to tell the story of what seems to be a year: dog summer into autumn into dark, bleak rural winter into dim warmth of spring and back again. In Whipstitches, Randi Ward uses the framework of this year to patch together a whole and complete picture of a place—all of the life contained within this place, all of the energy, all of the stories.

The first poem in the collection, “Doe,” gives a good example of the kind of language Ward uses throughout:

Starring
the soft
silt loam
with morning
at her heels. 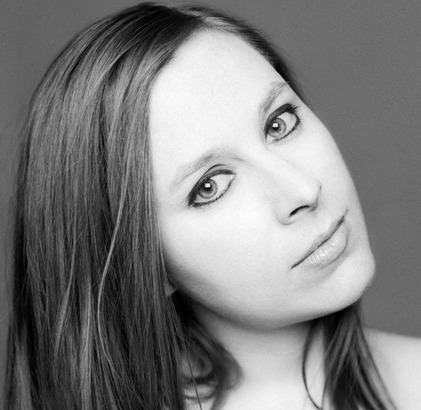 The lush sibilance in the first half of the poem lends itself to a musicality that renders the poem, tiny as it may be, complete. The cadence of “at her heels” provides a restful conclusion for the vignette. This musicality of language points to Ward’s absolute care in word choice throughout the collection; in poems so small, there is no room for the unessential. Similarly, this choice of a first image, doe crossing the rich dirt of farmland, pushing night into the soil and bringing morning behind her, is absolutely essential. For Ward’s story of a place, this place, this year, this rural somewhere, to be shown through such small moments, must rely upon the understanding of the small and pastoral as nothing less than microcosmic and indispensable. For this doe to bring “morning at her heels” like a cloven-hoofed Apollo makes clear her necessity to the function of this place.

Grounding in a sense of place is what allows Ward’s collection to function as a whole, many-pronged image. Even poems that don’t explicitly reference the place, which itself is never fully defined, still contribute to and draw upon a rich understanding of its pastoral, isolated nature. In “Threshold,” among the best of the summer poems, Ward writes:

The characterization of the lightening as “butterfly knives” links the poem back to the earthly, and the introduction of some Other in “the heart” sets the scene; someone, some persona, watching the lightening, feeling the crack of energy, connecting inextricably with the physicality of that moment.

Your purpled fingers
braided
broad blades of orchard
grass into this crown
that makes me wear my wilting
brow high
in the canning heat.

This poem triumphs in its experientiality; the land is there in the berries and the orchard grass and the humans are there in the fingers and the brow, and that interaction between the two is absolutely dependent on a specific time and place. In that way, this poem cannot exist outside of the understanding of Ward’s constructed rural place. Another thing this poem, and many of the poems in the collection, does so well is make the mundane and routine special. Ward’s poems represent a rigorous engagement with the actual mechanisms of life in this rural setting; this afternoon of berry picking and preserving is essential because it provides life, similarly, the lives of all the animals and plants are indispensable because they are part of this landscape, they endow the land with life.

As the year progresses, however, not everything is so light and free. Winter comes, as it so often does, quickly — Ward’s poems get darker and colder stepwise until, with a jolt, “Phone Call”:

Soon the stork
will swoop down
and snap me up,
because heaven’s full
of better kids
waiting for my bones
to be born.

Aside from firmly placing the persona inside a childhood, this poem contributes significantly to the collection by focusing, somewhat uniquely, on the relationships between people. This poem is a masterful example of the essential nature of Ward’s words – every word, all 23 of them, contributes to an understand of what kind of childhood this persona is having, the kinds of layered beliefs she is wrapped in. “Phone Call” feels young but also sinister, which is representative of the tone throughout the late autumn and winter poems.

When spring comes, as it always must, a shadow of this disquiet remains; the persona feels heavier and older even as the weather lightens. “Casket,” “Telling the Bees,” “Grackles,” and “Widow,” for instance, form a tryptic about a funeral that places Ward’s persona within the context of a rural community marked by loss. The feeling here, the through-line, is that not everything survives the winter. This lesson is magnified by the rural setting and the young persona; as though it’s one of the first winters she’s been aware of this.

The last poem in the collection is as perfectly chosen as the first. It’s entitled “Home”:

Dancing
through barbed wire
just so I can feel
these fields
remember
my feet.

Whipstitches is, at its core, an examination of all the many aspects of a rural home, especially a rural childhood home. The pastoral is tinged with loss and decay because the world is, it is colored by the lives drawing strength from it just as is the earth, and so this small somewhere becomes a whole and complete universe. Randi Ward’s poems are neat and well-edited impressionistic snapshots that interact in a novel way to create depth despite their length. Ward is triumphant in her presentation of a rural childhood; you know this girl. You’ve seen her at a diner or a gas station. Come hear what she has to say.

Originally from the San Francisco Bay area, Hannah Wendlandt is currently studying biochemistry and English at Kenyon College in Ohio. Some of her favorite pastimes include hiking, drinking tea, listening to concertos in the dark, and conducting chemical research in total organic synthesis.