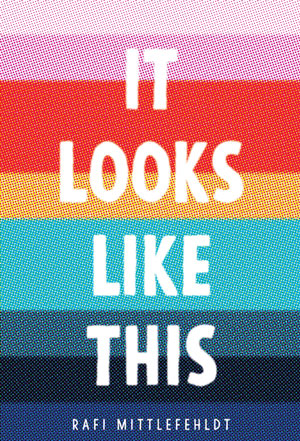 IT LOOKS LIKE THIS
by Rafi Mittlefehldt
Candlewick Press, 327 pages

The teenage years are a time for young people to discover their identities and explore and push the boundaries of structured life. The lucky ones are given room to experiment as they explore. It Looks Like This is a book about what happens when someone is not given that freedom.

When Mike and his family move, just before his freshman year, Mike starts high school in a new state and begins to forge some tentative friendships. But Victor, also low on the totem pole in terms of the high school hierarchy, seems to have a personal beef with him. Mike tries to lay low and mind his own business but Victor’s attention is unsettling.

Mike finds himself drawn to another new student, Sean, an attractive mixed-race guy who joins Mike’s French class. Assigned to a major project, they start spending a lot of time together and Mike starts to feel the electricity between them, though he’s not sure if those feelings are reciprocated. While their relationship grows, keeping things quiet at school, Victor is always around, it seems, watching.

This potential budding relationship is made even harder with Mike’s strict father keeping close tabs on his son. He doesn’t understand his son’s feelings, much less approve of them. Mike’s sister, Toby, is willing to stand up to her father and try to get him to see things her way, but Mike is older and knows he can’t win that battle. His father is more concerned with looking perfect and enviable; he doesn’t care what the individual family members might want. 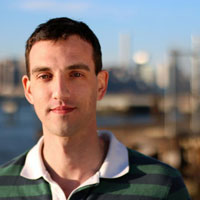 It Looks Like This starts off downplaying the bully angle and seems like it’s heading in a more subtle direction before veering into severe cyberbully territory. While Mike’s attraction to Sean and the suspicions of their fathers make for a compelling and surprising narrative, the novel does seem fairly standard for LGBT books, depicting a major tragedy rather than featuring LGBT teens in everyday life. While it’s true that one major bullying incident is enough to break someone’s spirit, it’s also important to show how quietly subversive bullying can do the same. That being said, the resolution to the story is realistic and satisfying, without seeming too melodramatic.

The novel is told in first person but Mittlefehldt’s writing creates some distance between Mike and the reader. On one level, it works because it’s implied that this is how Mike feels: misunderstood, a little uncertain about himself, and a little jaded. But this personal tale could be more powerful if those walls were torn down and readers were allowed to know Mike completely.

However, it’s the vivid imagery and descriptive emotional memories that make this book worth reading. The relationship between Mike and his sister Toby is realistically rendered and the lines between teens and adults are clearly drawn. While that black and white division might seem stereotypical throughout the bulk of the story, it makes the resolution that much more powerful. It’s refreshing to see a young adult novel where the characters interact with parents more than peers, even if those family relationships are tense.