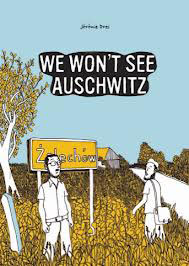 Everyone has a story, a collection of historical inner workings and familial memories that makes us who we are. But not all desire or are able to physically retrace the steps of those who laid our ancestral foundation. In We Won’t See Auschwitz, author Jérémie Dres does precisely that: embarking on a pilgrimage to Poland in search of the “drop of cool water from a spring” that he likens to his Grandma Thérèse, Dres winds his way through the history of the country and retraces his grandmother’s steps while simultaneously forging his own. 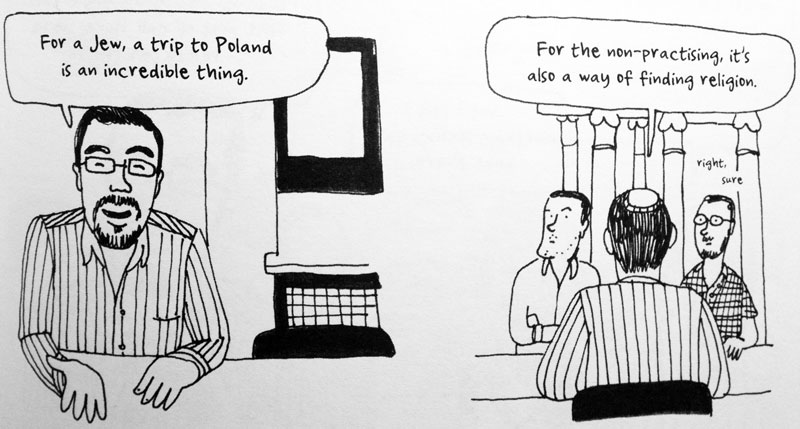 The reader is dropped immediately into the action, rendezvousing with Dres in Warsaw’s historic Old Town as he searches for his grandmother’s original home on an unseasonably warm June afternoon. Together we search with him through the clouded eyes of the past for the buildings and neighborhoods his grandmother once recalled perfectly from memory, only to find that they either no longer exist or have been altered beyond recognition. Dres, eager to learn from those currently dwelling within the city walls, next meets two “young, Jewish, Polish, and hip” Varsovians who advise and answer his questions about the current sentiments of Poland toward Jews. He is amazed to find that there are still Jews in Poland, his own family having long since departed for France. Dres continues to meet both older and younger Polish residents, conducting a series of informational interviews and receiving in return detailed contemporary history lessons. The week becomes one where movement is somewhat determined by conversation, the destinations lingering on the horizon like doors begging to be opened. We tumble into this rabbit-hole expedition like Alice through the looking glass, as the present becomes a vehicle for gaining access to the past.

As is the case of any well-planned personal journey, though, Dres’s trip is full of both surprise and disappointment at the deviation of continuity between the past and present. Roadblocks are strewn throughout, ranging from unfamiliar Polish vernacular to the pestering presence of a dybbuk, a demon that “possesses people with any sort of tie to Yiddish culture,” that plagues Dres’s brother and travel companion Martin. We follow the brothers through Warsaw and into the country, silently peering over maps while invisibly crammed in the back of their compact European rental car on a journey to the decrepit Jewish cemetery in Żelechów. Dres is careful not to sugar-coat his fears, explaining in detail the plan he and his brother devise to tell people that they are “guys some Jewish billionaire’s hired to take pictures of his ancestral village” and chronicling his brother’s anxiety in the odd looks thrown to them from local citizens as they wander. 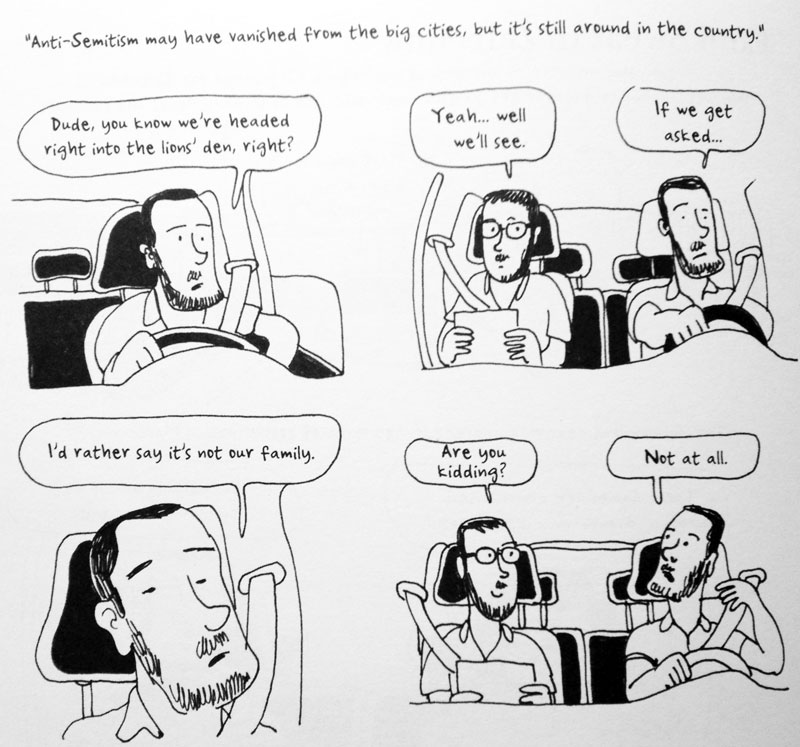 Lest the reader be weighed down underneath the somber conversations with government officials and trips through the crooked-toothed graves of deserted burial grounds, Dres is careful to include cultural highlights between the heaviest of chapters. We are with him on his first night at the Oki Doki Youth Hostel, where he opts for an early bedtime instead of chatting with others at the bar, and we share in his amused disappointment in a Polish meal. He is ever conscious of the reader, providing a perfect balance between solemnity, cheer, and historical background.

Dres chooses to illustrate his graphic memoir entirely in black and white drawings, complementing the collection of family photos found in the book’s appendix and allowing the reader to decipher the complete story in the barest possible way. In the absence of color, we are shown the texture and depth of scenery, specific facial details of those met by the brothers, and this allows us the opportunity to absorb the situation in a somber manner. From panel to panel, there are small differences to Dres’s drawings that illustrate well the true humanity he experiences—no two drawings are completely identical, just as no two moments perfectly mirror one another.

Dres looks at the scarred stories of his family as a guide, one that not only looks back into his unchangeable heritage but also pushes himself toward his own malleable future. “Perhaps this story will help put things back in order,” he writes upon the conclusion of his memoir. And while the “right order” of one’s life is indeterminable, Dres successfully reorganizes the abstract memories ingrained deep within himself while subconsciously weaving a tangible chapter into his own story. 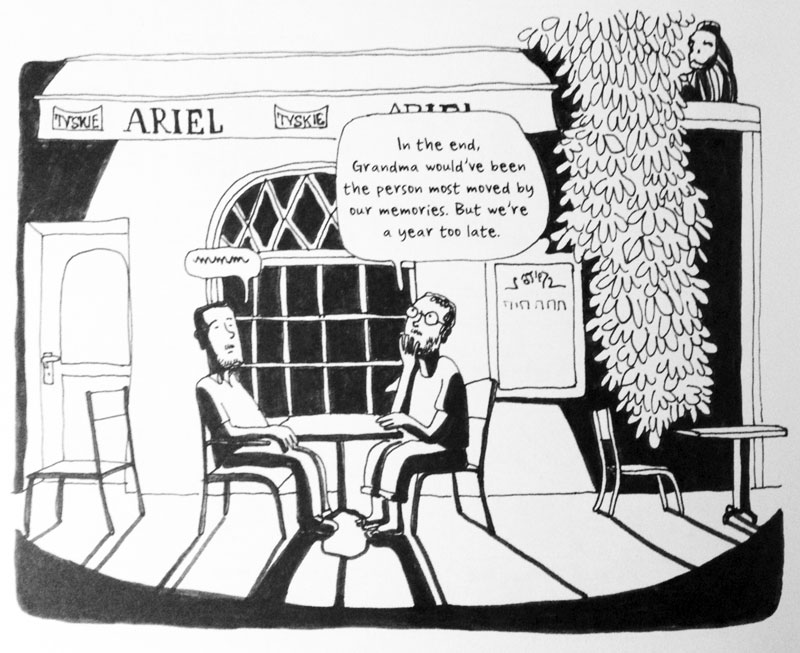