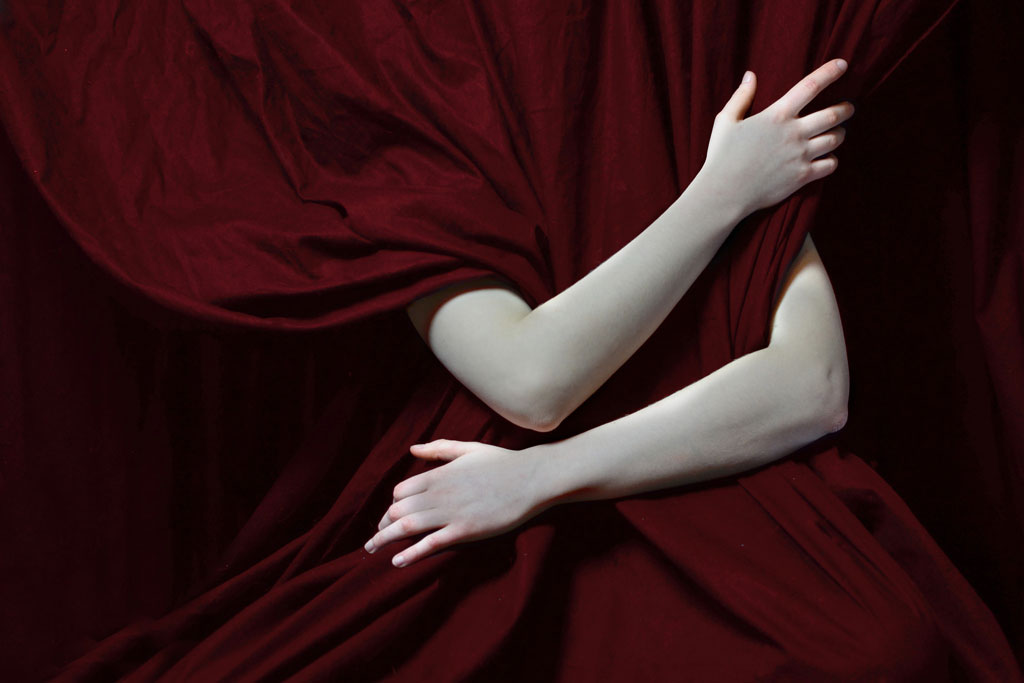 We may have found ourselves situated in Phase Three of Baz Luhrmann’s Red Curtain
Trilogy—that kind of progression. From happy ending to two lovers dying for love to one woman dying, coughing up what appears to be blood but is actually a mix of red food coloring, corn syrup and water. It doesn’t make us happy, this.

We wonder how old Luhrmann is, if age is a factor in outlook. How can it not be?
And can this outlook be explained in understandable, succinct terms? Is it pessimism, the opposite of optimism, the death of hope? Hope is so Hallmark. And were we ever really optimists? Even way back in college people labeled us pessimistic. And we were. Although we preferred the word “realist,” given what life was. Our mother used to say, “Life isn’t fair and then you die.”

We could discuss how hearing that assertion repeatedly through our formative years
could have a negative effect, but perhaps by story’s end, we won’t have to. We’ll just understand. As we do that morning when we think: “We may have found ourselves situated in Phase Three of Baz Luhrmann’s Red Curtain Trilogy.”

Strictly Ballroom was released in 1992. Romeo + Juliet in 1996. Moulin Rouge! in 2001.
A span of nine years, although the first was first a play, so the span is greater. If one is to assume that the films reflect Luhrmann’s outlook on life and love, then there is this:
Phase One: Love isn’t—at least for both people—a thunderbolt, but in pretty quick turn around, it ends well. Boy and girl end up in love and together. Alive.
Phase Two (cribbed from Shakespeare): Love is instantaneous and worth dying for. Boy and girl end up together. Dead, side by side.
Phase Three: Love isn’t—at least for both people—a thunderbolt, but transitions to deep love and then ends in death. Of just the girl. The boy carries on, stamping out his words on an Underwood.

When we were twelve, thirteen, fourteen, and would hole up in our bedroom reading
anything we could get our hands on, we devoured romance novels. Harlequin and Silhouette. Those novels always landed squarely in Phase One, even the one where the ruggedly handsome man was literally blinded by something or other. Later when we read Jane Eyre we started to see that people are always ripping off ideas from others, but that’s perhaps a different story. So, despite our parents’ divorce and our mother’s remarriage to a man who sometimes threw fits at the dinner table and stormed out to the garage to construct something of wood, we thought that love prevailed in the end.

Later, when we were seventeen and had fallen in love with he of the El Camino and was
told by him that he liked driving around with us, hanging out together at his house, but we didn’t whet his sexual appetite, we caught a glimpse of Phase Three. Maybe more than a glimpse. We felt like a piece of us kind of just shriveled up and died. There was a death and it was only ours. But it didn’t last. Because we were willing to fall in love again and contemplate death without the loved one, who also felt the same. Phase Two. Naturally, we didn’t die, but the feeling was there. That intensity, certainty. It resembled that Millay sonnet, that coy little number with its couplet that is a game changer.

But now we wonder. Having caught a glimpse of Phase Three when we were seventeen
and having seen it again sometimes briefly and sometimes for longer periods of time, we wonder if we haven’t entered it completely now, smack dab in the middle of middle age. You might have all that “Come What May,” yada yada, the word love and/or its variants appearing 143 times, yada yada, but Satine dies and Ewan McGregor gets to go off on his international motorcycle tour. They do not end up together. Alive or dead.

We read on IMDB that in the scene where all the men throw their hats up into the air,
the hats were suspended by fishing wire. It’s that kind of let down. Like when on the very first night we could actually cook dinner in our new house, our husband poured only himself a glass of wine and got to it, busily humming at the stove. We stood just outside of the kitchen and watched him for a minute or two, realizing it didn’t matter if we were there or not. He just kept hammering away at his typewriter.

And it isn’t just love. It’s life, too. Like when we sat in the car, waiting for our
daughter to come out of the house and she did, standing on the stoop, arms outstretched, smiling and taking a moment to bellow a tune, and we thought, “I remember being like that…” As if everything was going to turn out all right. We can recall it, but we can’t access it. We’re well into Phase Three.

We haven’t seen any of Luhrmann’s films after Moulin Rouge! We heard that Australia
was pretty bad. We could visit Wikipedia and get the gist, but why bother? Luhrmann is done with his Red Curtain Trilogy that becomes more frenetic with every film. Never mind The Great Gatsby. We’ve read that novel about a hundred times. We know how that story goes. 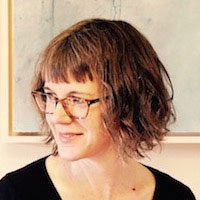 Kelly R. Samuels diligently works as an adjunct English instructor near what some term the “west coast of Wisconsin.” She writes both fiction and poetry. Her work has most recently appeared in PoetsArtists’s JuJuBes, online at apt, and in Off the Coast. Kelly is a Cleaver Emerging Artist.