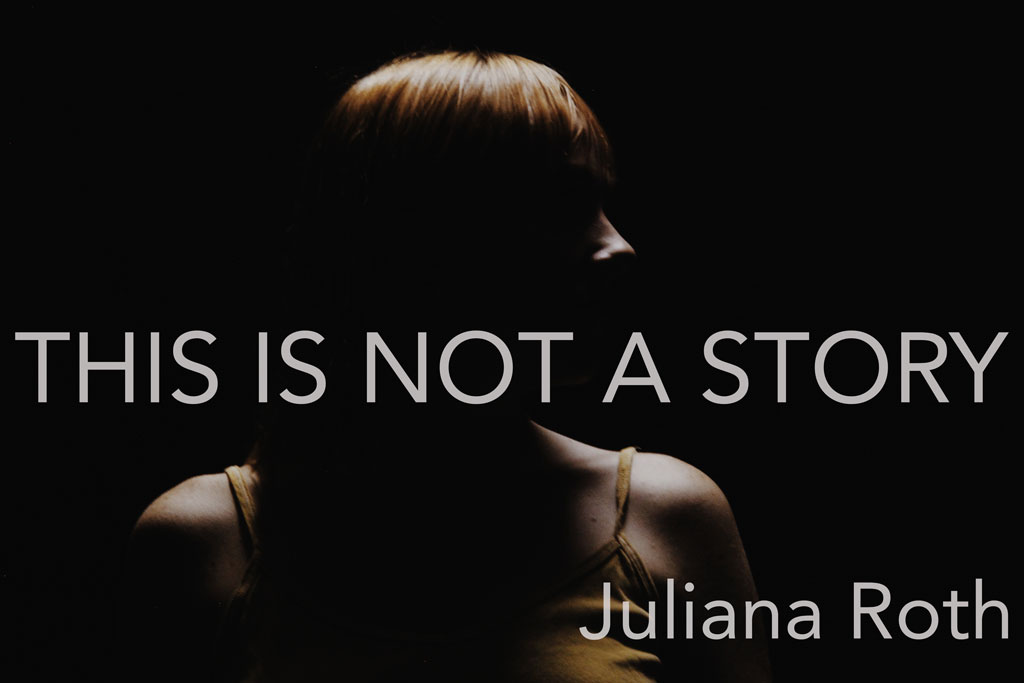 THIS IS NOT A STORY
by Juliana Roth

This isn’t one of those stories where the twenty-two year old work-study assistant gets kissed on the cheek by the Chair of one of the country’s most prestigious English departments while she’s arranging cookies for the Visiting Writers Reading, writers whose names you’d surely recognize, like the author of the graphic novel about her coming out and the author who writes about horses, and the trim little poet who upstaged her husband last December at a reading for The Environment.  Remarkable and hopeful, the twenty-two-year-old assistant thought, and immediately bought their books. Now, she stands by the wine as she often does after the Visiting Writers read poems, and essays, and chapters from novels, and the Chair of the department looks her up and down. It was his office in that English Department she’d chosen out of all the work-study jobs offered by this university, because she is an aspiring writer, studying at an important university, and he is a Famous Writer who has, he often brags, a cameo in a movie written by a former student and a scene with that famous British actress who is even more lovely in person, and it might work in her favor if he notices her. He has. He’s been staring at her tits for weeks. “I didn’t know you cared about poetry,” he says. This is not a story about how, when she answers, “Yes, I do,” because she is a writer and of course she cares about poetry and has read poems all of her life, he says, “Do you want to study here? Come to my office,” and he places his hand on the small of her back and kisses her and leaves. But this story is not about that. It isn’t one of those stories.

The story starts as they get in a car and drive to a party where all of the grad students in the department crowd into a creaky Victorian house and the twenty-two-year-old assistant wishes she could stay in that house forever, leaning against the fireplace with a mug of bourbon and coffee, talking to a young novelist with green marbled eyes and the build of a rugby player.

What the story is about is this: the Chair shows up. He is drunk, he’s taken off his wedding ring, and he sees the twenty-two-year-old assistant who is telling the rugby player about her stories (as if she actually belongs there), stories about magicians and planets and towns recovering from natural disasters and the Chair, who’s been watching her, walks over on little soft cat feet. And the twenty-two-year-old assistant grows smaller and smaller until she can’t remember how she’s gotten there or why she wanted to be a writer or if she’s ever had an original idea in all of her life.

He eyes the twenty-two-year-old assistant—her lips, her tits, her ass. “She is an excellent writer,” the Chair says, and he winks at the rugby player. 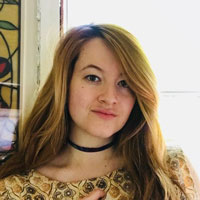 Juliana Roth is a writer from Nyack, NY. She currently lives in Philadelphia. Her writing has appeared in Entropy, VIDA Review, and Irish Pages, among other publications.