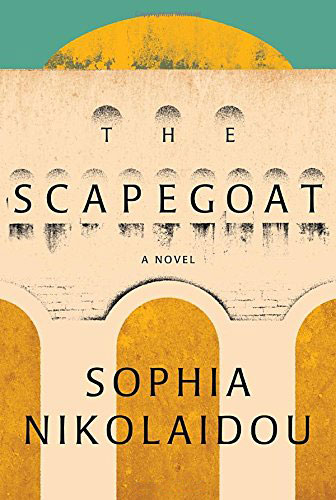 THE SCAPEGOAT
by Sophia Nikolaidou
translated from the Greek by Karen Emmerich
Melville House Publishing, 237 pages

As I begin to write this on January 20, 2015, the news from Buenos Aires isn’t good. Albert Nisman, the federal prosecutor assigned to finally uncover the truth about the 1994 bombing of the Argentina Israelite Mutual Association, a Jewish community center, was found dead in his apartment. Nisman was about to reveal a high-level government conspiracy to cover up Iran’s role in the bombing, which killed 85 people. Argentina has long struggled with corruption and politicization of its government institutions, making it almost impossible for the nation to confront its demons—from sheltering Nazis to the 1970s/1980s rounding up and killing of leftists, communists, intellectuals, and Jews who became known as the desaparecidos opposed to the ruling right wing Junto. The powerful are usually protected.

Nisman was to provide evidence that Argentinian President Cristina Fernández de Kirschner made a deal with Iranian leaders in 2013 to absolve Iran of blame in the bombing (Nisman had accused Iran and Hezbollah of funding and carrying it out), in exchange for cheap Iranian oil, which the country desperately needed. According to the New York Times, a gun was found on the floor next to Nisman’s body, suggesting suicide. But many observers think he was murdered, or forced to kill himself. The day before he died, Nisman said, apparently, “I might get out of this dead.”

“I’m angry and sad because I know we will never know the truth,” said a woman interviewed by the Times standing outside the crime scene.

Listen to her resignation—we will never know the truth—the despairing wheeze of a society suffocated by double-dealing, corruption, and cover-up. It isn’t anything new in Argentina—or half the world. Americans, certainly, are angry and sad after closed-door grand juries in St. Louis and New York City ruled to protect the interests of police over citizens.

In Greece, the perennial crisis of confidence in political institutions has worsened since the economic crash of 2008, leaving young people particularly disenfranchised and disillusioned (“New Party Capitalizes on Greeks’ Loss of Faith in Their Leaders,” says the Times on January 21st). The writer Sophia Nikolaidou confronts the disillusionment in The Scapegoat, a neatly kaleidoscopic stirring of a novel, her first to be translated into English. Nikolaidou, in Karen Emmerich’s swift translation, connects the present anxiety to the 1948 murder of the American journalist George Polk (the namesake of the prestigious Polk Awards), who had been investigating Greece’s corrupt right-wing government during the nation’s Civil War. Fearing the loss of U.S. aid, the Greek government pinned the murder on Grigoris Staktopoulos, a journalist and one-time communist. Evidence was thin to non-existent and, as in the Nisman case in Argentina, hardly anyone felt they would ever learn the truth. 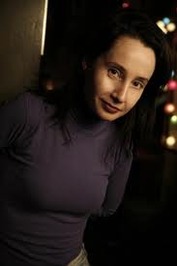 Nikolaidou approaches the Polk case by drawing it as a shadow cast over present-day Thessaloniki, where the murder took place. In alternating sections, the past unfolds across the present, resonating in the lives of the book’s unlikely protagonist, graduating high school senior Minas Georgiou, and his parents, grandmother, teacher, and friends. Minas is bored with school, stifled by Thessaloniki, Greece’s northern second city, Salonika of the Ottoman empire. “I’ll just rot here,” he says. “My whole life spent in a tiny speck on the map. Nine hundred steps along the sidewalk of Tsimiski Avenue. I counted.”

Minas has decided he doesn’t want to go to university. He’s a top student, and from an intellectual family; his mother Teta and grandmother Evthalia have conditioned him for the legal faculty; his father Tasos is a consummate, truth-seeking journalist, editor of the city’s leading left-leaning newspaper. And now Minas refuses to study for the college entrance exams. “There’s just no way you can memorize all the nationalist uprisings in southeastern Europe in chronological order and the casualty count for each one and still have the brain of a normal person, Jesus,” he says.

Panicked, Teta asks Minas’s history and language arts teacher, Marinos Soukiouroglou—“Souk”—to intervene. Souk is a black-suited iconoclast who believes in critical thinking over rote memorization, hated and loved by students. Souk grudgingly intervenes—he judges Teta the worst kind of helicopter parent—by giving Minas a project: figure out what happened with the Polk case. Interview people, go back over the evidence, and come up with a plausible theory of who killed Polk (fictionalized as Jack Talas) and why the murder was pinned on Staktopoulos (fictionalized as Magnolis Gris).

With this, author Nikolaidou alternates between 1948 and 2010, using past despair and frustration with official cynicism to mirror the present. The mirroring takes tangible form amongst the characters and within the plot; grandmother Evthalia is mirrored by Minas’s friend Evelina; Evthalia’s unrequited love for Evelina’s grandfather Dinopoulos, who as a young lawyer served as Gris’s defense attorney, is mirrored in Minas and Evelina’s potential affair. Minas Georgiou is simply mirrored by Magnolis Gris.

Dinopoulos took the case knowing it would be impossible to clear Gris’s name; instead he made a deal to keep him from being executed. “Anyone who investigates the Gris affair needs to understand one thing: no one made any decisions without agonizing over them first,” says Dinopoulos.

But everyone felt that the country’s future was at stake. The greatest good for the greatest number, that’s the basic rule of governance. You weigh the options and settle on the least of all evils. 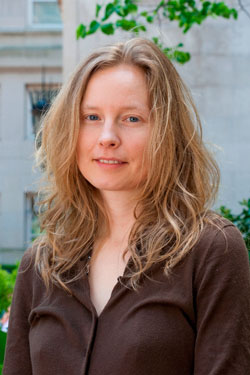 As a young reporter, Minas’s father, Tasos, reopened the Gris case. There was a chance he would solve it, until his mentor at the paper warned him to disavow the evidence, let it go. The next year, Tasos was made editor; he’d compromised on principal in order to have the opportunity to shape the paper’s reporting on other, more contemporary, more pressing issues. His decision mirrored Dinopoulos’s: the greatest good for the greatest number. By making the deal for cheap oil with the Iranians, Kerchner, the Argentinian President, must have been thinking the same thing.

The mirroring thus has a thematic use: in Greece, the past never relents. It’s also a useful plot device. The interconnections between periods make for an intricate story that’s novelistic, but also emotionally resonate. In the just released How to be both (Pantheon), the Scottish novelist Ali Smith uses a similar device to make the life of a contemporary teenager, Georgia (whose mother, like Minas’s father, is relentlessly political and often blindly dogmatic), echo the life of a Renaissance painter. The touching of past and present in both new novels produces a kind of magic sensation in the reader—a quiet reminder of common human ambition, desire, and despair. It’s also a reminder that we only ever view the past through the frame of the present.

Nikolaidou’s elaborate web produces a kind of symphony on truth, compromise, determination, and ideology, amplified by her choice of narrative form. The Scapegoat is told by alternating first person narrators, past and present. The thrill of this form is that the reader gets to hear directly from the characters. With a case of intrigue, like Gris’s, this is almost necessary. With more than one version of the story, the reader can decide. 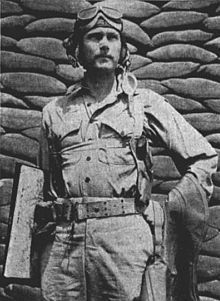 But the format, certainly inspired by Roberto Bolaño’s successful Savage Detectives, is tricky. Though the narrative voice is fresh—unfiltered by a third person author—it’s also distant, often narrating past events—telling rather than showing. Living and dead people have equal footing, which requires a leap of faith by the reader (and anyway, who collected all these transcripts?). It often isn’t clear if the character is meant to be writing his story or talking to the reader—or a reporter or, in this case, to young Minas. Sometimes the form won’t work because of complications of plot. Nikolaidou is forced at times to employ the omnibus “Through Other Eyes” as an unnamed narrator whose point of view is unrevealed. Who are these other eyes? the reader wants to know.

And yet despite this dissonance (or perhaps due to it—the reader gets to see the writer molding the book, making choices, even confusing ones), The Scapegoat turns out to be an utterly compelling meditation on the nature of political truth, compromise, and justice and at the same time an evocative reflection on family dynamics and generational change. The symphony of voices, no matter slightly uneven, swells in the reader’s imagination.

In assigning him the Gris affair, the insistent Souk wants Minas to perform an impossible act: assert blame, or at least a clear theory on what happened. “Well, will you attempt to offer an interpretation of the events?” he demands during the boy’s presentation of his findings. “Or will you limit yourself to safe, painless description?” Minas gathers his composure and lists the complicated set of possibilities, the complex geo-political arithmetic that led to the murder. “Minas had come to realize that justice is an abstract concept…riddled with qualifications, asterisks, interpretations, clashes of opinion,” says the unnamed “Through Others Eyes.”

Does Nikolaidou believe this? Is this her answer to the despair of present day Athens, or Buenos Aires? A great novel is never so clear. Justice wasn’t ever served in the case of George Polk. The pain of cover-up and expediency only dulls; it never goes away.