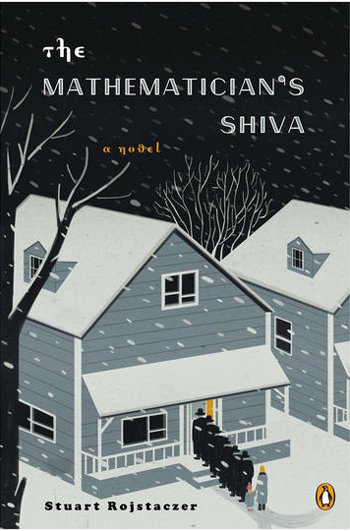 Stuart Rojstaczer’s debut novel The Mathematician’s Shiva follows a son mourning the death of his remarkably powerful mother. It’s a first person narrative, very chatty, in the voice of Sasha Karnokovitch, a professor of Atmospheric Sciences who studies the physics of hurricanes. Yes, his mother was something of a hurricane. Her death brings with it a kind of celebration of her genius, with a procession of mathematicians descending on the family to participate in the funeral and the seven days of shiva that the family observes afterwards.

What attracts the mathematicians and why doesn’t Sasha want them there? The mathematicians believe that Sasha’s mother, Rachela Karnokovitch, may have solved or at least been well on her way to solving the Navier-Stokes problem, one of the greatest of contemporary mathematical problems. The mathematicians—as a group crazy and invasive in Sasha’s eyes, yet also validating his sense of his mother’s greatness—travel to Madison, Wisconsin, prepared to tear up the floorboards of the mathematician’s office and home if it will lead them to clues toward solving Navier-Stokes.

The possibility that the novel will explain and offer a solution to a great intellectual puzzle gives The Mathematician’s Shiva both charm and suspense. Bound up with the problem of Navier-Stokes is the puzzle of Sasha’s feelings toward his mother. On the surface, his love for her is straightforward, simple. But as his mother writes in one of several autobiographical pieces that Sasha discovers, “We are not perfect vessels, certainly. I am not an exception.” Intellectually, she is a formidable and admirable model for her son. She was also a loving but complicated mother, capable of abandonment and unhealthy entanglement in her son’s personal life. For me, the elegance of Rojstaczer’s novel is that the narrator unconsciously seems to approach his mother’s death as the great mathematician herself might have looked at one of the most compelling math challenges of her lifetime. 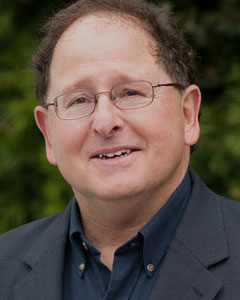 Sasha tells us that images are important for mathematicians. Simple drawings help mathematicians visualize and solve problems. As an example, Sasha presents drawings that visually prove the Pythagorean Theorem, c2 = a2 + b2. The novel in turn presents many scenes and images that begin to make comprehensible a complex, intense relationship of a mother and son. These include a small girl teaching a parrot to solve a math problem, a mathematician falling through ice, and Sasha’s arrival at the cemetery to observe a lone mathematician praying at his mother’s gravesite.

Sasha notes that in the house of mourning, mirrors are covered. One of the most striking and quietly moving scenes takes place outside the house, at the cemetery. On the last day of shiva, Sasha wakes up and has “the unnatural urge at the ridiculous hour of 6:00 A.M. to visit my mother’s grave.” At the gravesite, he is surprised to find another mathematician already there. Peter Orlansky, Princeton professor, was Rachela’s student. She mentored him. He was clueless and gifted when he began his studies with her. She taught him how to dress, how to present himself, how to command attention in front of the classroom. The exact nature of his relationship with Rachela? Rachela will leave behind more about Navier-Stokes than honest descriptions of her relationships to past students. Clearly, the attachment Orlansky feels toward Rachela is strong, to such a degree that Sasha almost experiences his own catharsis secondhand. Here is Sasha’s narration of his drive to the cemetery:

The oak trees were bare of leaves and stark against the sky. I slowly passed tombstone after tombstone along the skinny pavement. Then I saw him in the distance, Peter Orlansky, standing where I had imagined myself standing. He was wearing a fedora and blue wool topcoat over his sport coat and wool pants. That was it.

The Mathematician’s Shiva is simply told. Rojstaczer is not following mathematicians like Jacques Roubaud and the Oulipo group of writers (including Georges Perec and Italo Calvino) who bring mathematics and constraints to create new literary forms. Yet he writes about great accomplishment resting on the focused, regular working of very human characters.